Pass The Pigs - perfect holiday fun for all the family

on August 17, 2017
Even in this day of screen-based fun and electronic interactive toys there are times when you want or need something that does not need a power source to be entertaining. If you have been living in a cave and have never heard of the game or played it, basically you earn points depending on how the pigs land after you thrown them like dice. You can watch this video to learn exactly how to play.

If you aren't happy with your score when it's your turn you can choose to throw again - but beware, you could lose ALL of your points if you land up with a Makin' Bacon or Pig Out pose. 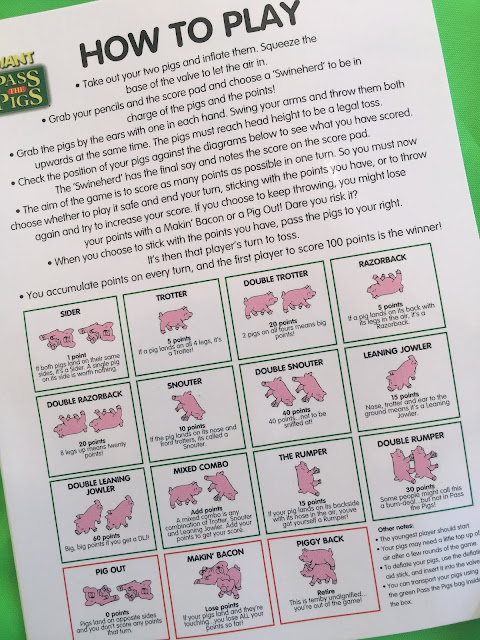 You can of course just opt to "pass the pigs" and hope that you come out with the most points at the end.

So we have played the traditional set which comes with it's own travel case on planes, trains and in automobiles (old movie reference) but never in a swimming pool. 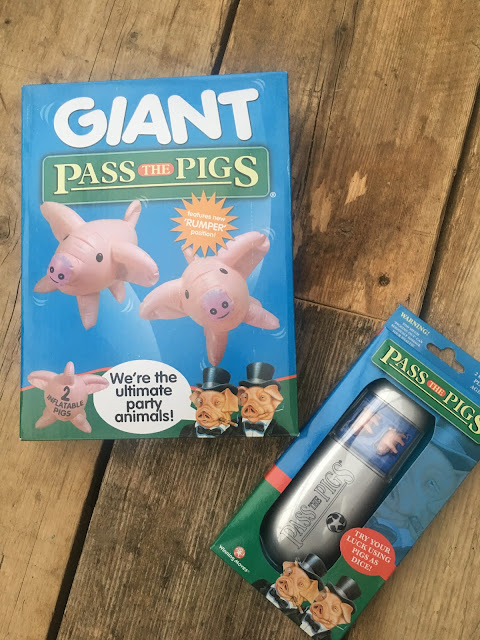 But thanks to the new inflatable Giant Pass the Pigs game we were able to have lots of watery piggy fun with the whole family during our recent holiday in Cyprus hurling the oinkers by the ears over our heads with abandon. It was so much fun! 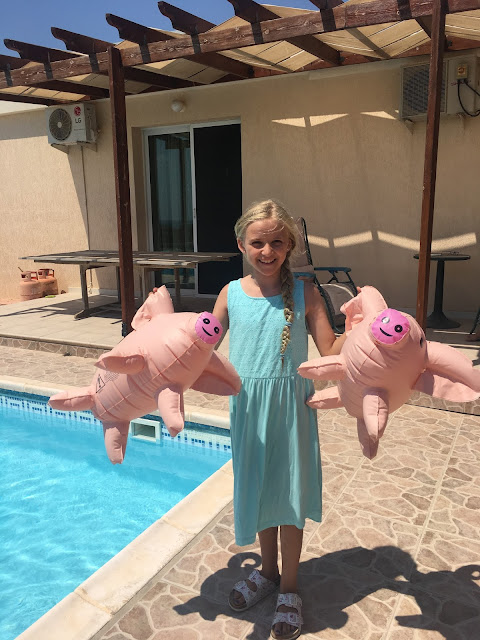 We found in water that the pigs didn't manage complicated landing poses like the 15 point Rumper (on the rump obvs!) or Leaning Jowler where the nose, trotter and ear need to be touching to ground to earn 15 points.

But in the garden or park and on the beach  it was easier to create some hilarious poses and earn higher scores.

It was lovely to play a game which all the children aged from 8-23 enjoyed playing with me and their dad and grandma who incidentally revealed a previously undiscovered talent for throwing giant inflatable pigs. 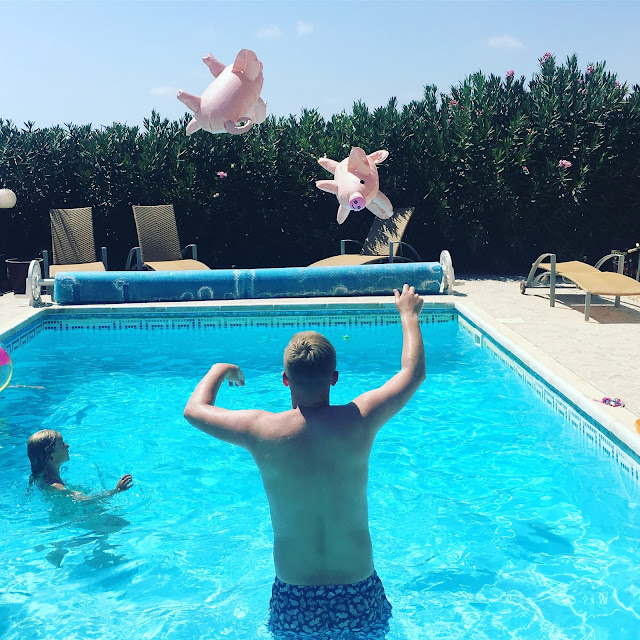 How many games can you play indoors or out? With the whole family joining in? At a fraction of the price of most console games? We give both versions of the game we tried a big thumbs up. Or should that be trotters up? 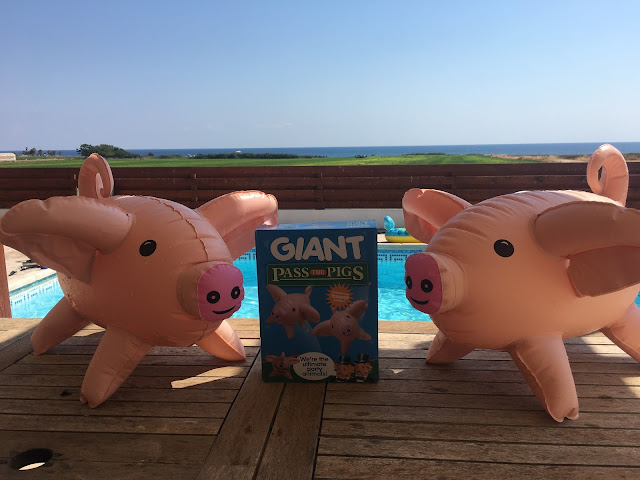