Why are we still scared to talk about menstruation? Let's banish the period taboo.

on October 09, 2017
It was a bit of a joke when I was at school decades ago. There was one sure-fire way to get out of double Games on a wet Thursday afternoon and that was by approaching the teacher and either producing a crumpled note from your mum or mumbling that you had got your period. 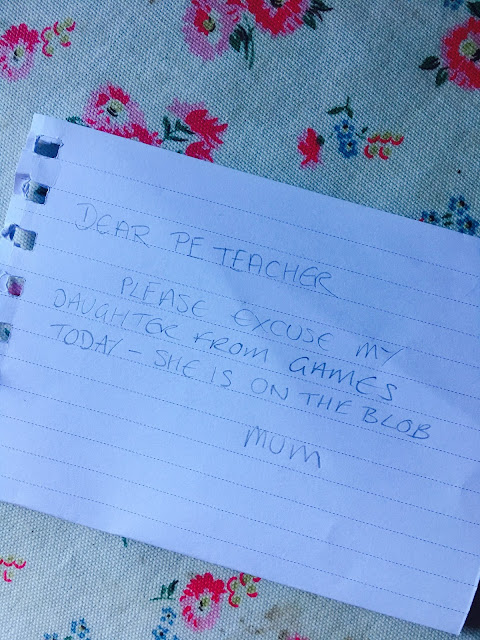 There was one girl who used this excuse so often the PE teacher advised her to seek medical attention  although I think she knew that really she just hated hockey.

To be fair, when I was at school sanitary products were nowhere near as user friendly and comfortable as they are now so even if that serial PE avoider was actually menstruating you could understand her wanting to avoid any activity which could result in a giant duvet pad falling out of her knickers during gym or her tampon failing resulting in slaughter-house style carnage being visible to the whole cross country team.

Men. DON'T look away now. This doesn't just affect women you know- I'm sure you have a clue when your partner/daughters/work colleagues "have the decorators in" and the sooner we get it all out on the table so to speak, the sooner we can stop being scared to mention Aunt Flo.

More than 300 million women worldwide regularly menstruate but new research released today by feminine hygiene brand Bodyform, reveals that the “period taboo” is still very much alive and well in the UK.

In what many regard as an open-minded society, we are still apparently feeling the effects of a long-standing ‘culture of silence’ surrounding menstruation. This has resulted in the subject being viewed with embarrassment, awkwardness and shame, breeding negativity and preventing many from speaking out. The "put up and shut up" attitude can even be a risk to health as many women admit they are too embarrassed to mention issues down below even to their GP.

According to Bodyform’s research, almost half (48%) of respondents believe there is still a stigma attached to periods, with one in three admitting that they do not want anyone to know when they menstruate.

Have you done any of these things to hide your period?

Check out some more of the facts about the big period cover up in this short YouTube video:


Shockingly, one in five (21%) admit that no one has ever spoken to them about periods and more than half of UK girls (52%) say they would rather get bullied at school than discuss periods with their parents.

Because of this, another 43% claim that periods remain an off-limit topic for open discussion, perpetuating the continued absence of periods in everyday conversation.

The consequence? Thousands of women and girls are suffering in silence. Some are struggling with the effects of period poverty, too embarrassed to ask for help, whilst others suffer with confidence issues, affecting their mental health and wellbeing.

According to the data, one in five of those polled said their confidence was damaged because periods weren’t discussed with them openly and another 42% believe girls’ confidence will continue to be at risk in the future if this silence continues.

Grace, from The Self Esteem Team, who will be tackling the “period taboo” with Bodyform in schools via bespoke educational classes, explains: “Confidence is a fragile thing. It’s something we have to work on every day.
Periods are another area where our confidence can be challenged, but the stigma won’t disappear by itself.

She added:"Knowing you’re changing the landscape for the next generation is a sure-fire way to boost your own confidence and theirs so, next time you buy sanitary products I challenge you not to pick up that packet of crisps or chewing gum to take to the checkout with you. Next time you head to the bathroom to change, take what you need instead of your whole bag. These may sound like small changes, but they’re liberating. Stigma can only exist in a world where we play by the rules others set for us, it’s time to tear up the rule book!” 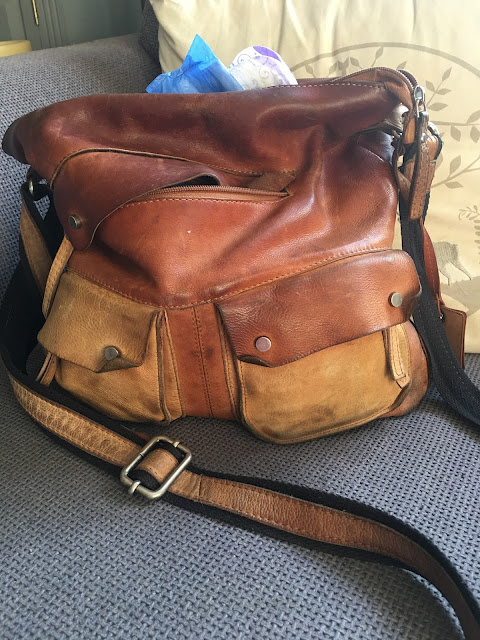 Dr. Radha Modgil, Doctor comments: “This survey has highlighted that we have a long way to go in order to reduce and hopefully remove the taboo surrounding periods. Taboos can make people reluctant to talk about a subject and so there is a risk that women may feel less likely to talk about periods with their GP or to seek advice, which poses an issue for medical and health promotion.

“In order to help women have positive self-esteem and mental wellbeing we need to reduce and remove the taboo around periods. If attitudes in society are causing a taboo around periods and if we do not take steps to address and change these attitudes then the cycle of taboo and shame will continue into future generations. We owe it to all women, all men and to future generations to break the taboo of periods in our society.”

This is exactly the reason why Bodyform is continuing its mission to transform the way women and girls perceive periods, encouraging the normalisation of the subject matter in everyday conversation. From thought-provoking advertising campaigns to tackling period poverty, the brand has remained single-minded in its commitment to break the “period taboo” once and for all.

Traci Baxter, marketing manager for Bodyform, concludes: “In this day and age, we should not need to applaud people for ‘speaking out’ about a natural bodily function. Periods should be an accepted part of everyday life and everyday conversation. The fact that they have been, and continue to be, shrouded in silence is unacceptable.

“Whilst periods are slowly starting to be discussed in public and we’re seeing more activism than ever before, a stigma still undoubtedly exists. It is our promise that we will continue to address this in the best way we can to help women and girls feel more comfortable about breaking the silence around periods, now and in the future. Together, we can help make blood normal.”

Help raise awareness of the “period taboo” and join Bodyform in breaking the silence by joining the conversation online: https://www.facebook.com/Bodyform or https://twitter.com/bodyform 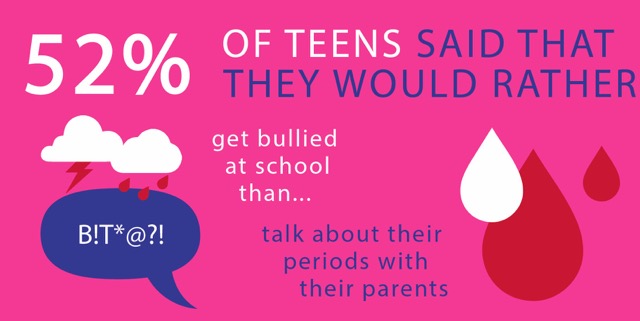 Disclaimer: This is a collaborative post for Bodyform, manufactured by leading global hygiene and health company Essity which markets a range of feminine protection products that are widely available in all major supermarkets and independent retailers.