on November 15, 2017
Who knew that a game featuring a slithery snake character would prove so popular but the massive hit online game Slither-io seems to appeal to a wide range of ages and crosses gender divide - we like that kind of thing in my busy household of boys and girls.

If you too Slither-io fans in your house too you'll be glad to know you can now buy merch from the game with options ranging from cuddlies to collectables with prices staring at under £5.

If you are wondering what on earth Slither-io is, here's all you need to know about the huge gaming phenomenon and YouTube hit.

It's basically just like the game "snake" oldies like me had on early mobile phones, calculators and desktop computers. You move your snake (or slither as it's called) around the screen eating glowing orbs which make your slither grow while avoiding other snakes.

You can play on Android and iOS phones and tablets and there's a browser version for your computer. It's hugely popular with kids and adults alike but parents be reassured - the game even removes curse words from user names and there is no text or voice communication in the game and therefore no way for creepy people or bullies to get at your children.

There are ads in the free game but gamers report they are all appropriate for the 4+ age rating. You can pay a small fee to remove the ads for complete peace of mind.

The only issue with this family friendly game I can see is that it might eat into a data allowance quicker than a slither can eat orbs so make sure to remind your children to play on wifi only unless they have a generous data package.

A whopping 60% of British 0-14 year olds have downloaded Slither.io and 124 million games are played each month in the UK.

And in perfect time for Christmas Slither.io toys are now available to buy in the UK - move fast if you want to stuff stockings, these characters in various forms are already an instant hit!

The toy range includes collectable Slither.io creatures and bendable plush toys. Created with the uniquely colourful features recognisable from Slither.io, they are the must-have toys for legions of fans. 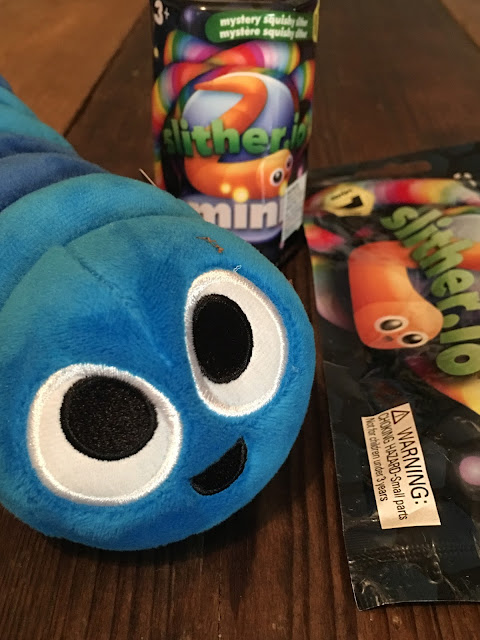 Available at affordable prices, online and in good High Street stores they are great for stocking fillers and gifts especially for people who would prefer to buy a real, wrappable present for their children to hand over instead of, or along with codes for gaming consoles!

I was unsure what my children would make of them. My youngest is nine but as he has ASD (Autism Spectrum Disorder) and adores soft toys I was pretty sure he would like the bendy plush slither-io character which retails at about £10.

Like it? He LOVED it and it has proved very useful as a school companion on days he is more anxious than normal. Once his teacher had been briefed on what it was she was able to engage him in a conversation about the character and the game and he followed her happily into the classroom where his blue Slither-io toy was allowed to keep him company. 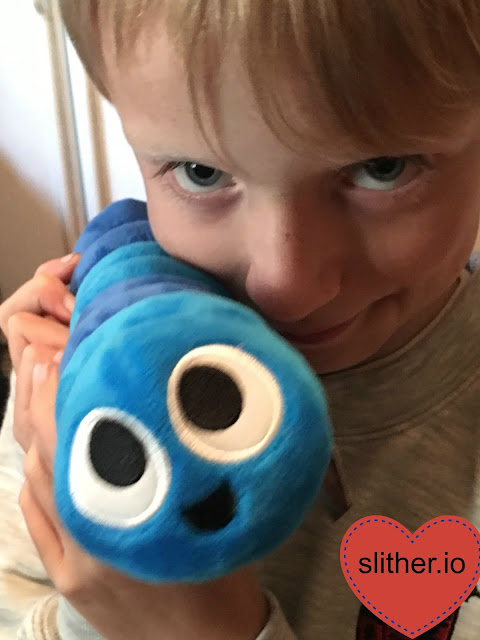 What I didn't expect was the excited reaction to the range of collectables. From blister packs of bendable slithers to a can containing a soft squishy slither my children and their friends couldn't get enough of them and were all desperate to open the packaging, especially in the case of products with some or all "blind" packaging so you can't see what you've got until you open it. 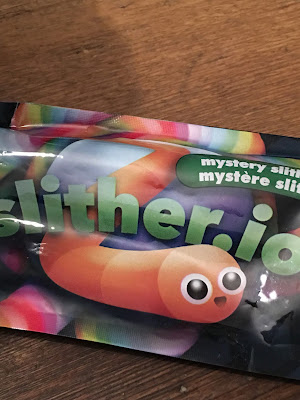 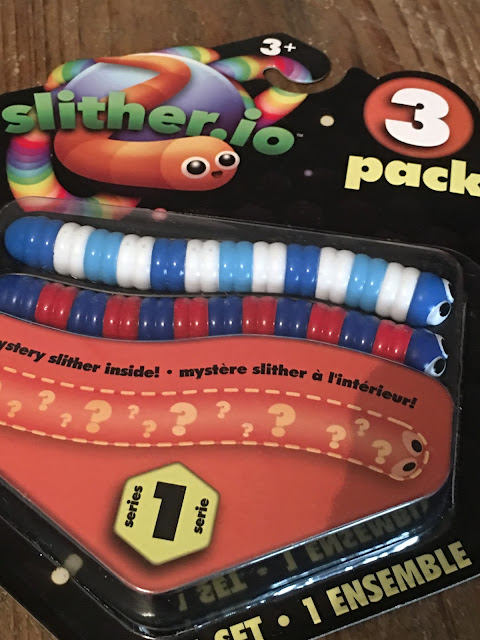 The toys are mostly suitable from about 36 months upwards and I was amazed how much older children loved them. Of course they know the game so I shouldn't have been surprised really.

From my point of view they were particularly good as sensory toys for my child with ASD. The little bendy slithers and the squishy slithers especially fit nicely into his sensory bag which we take out and about with us and have a lovely texture and colours. His plush is still an almost constant companion and is also a great size to take out and about. 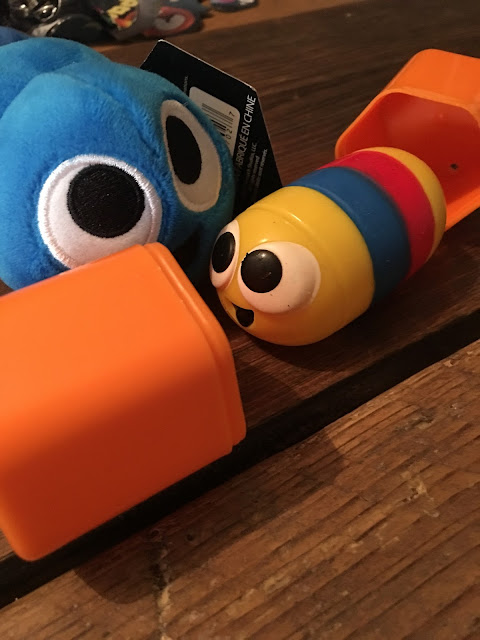