Not Giving Anything Up for January. #SorryNotSorry

on January 05, 2018
Returning to the social media world after a turkey and chocolate fuelled break (washed down with fizzy beverages both alcoholic and not) it seems to me that everyone is planning to give something up for January. 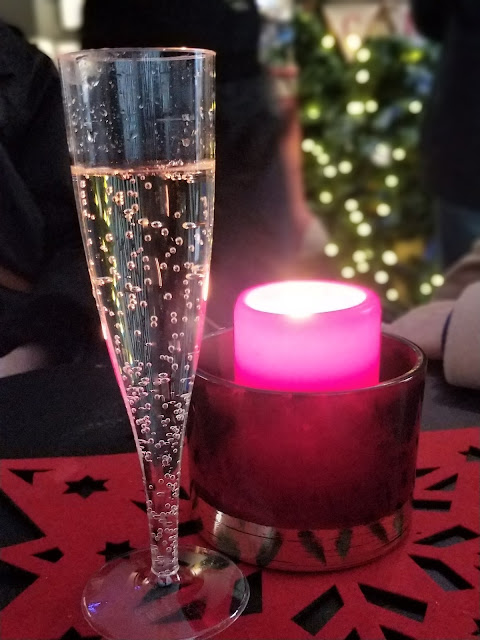 I feel very grumpy about this perceived peer pressure.

As it is, already once every year I feel guilty about not giving stuff up for Lent. As an active Christian I know I probably should give something up but I know this about myself - no-one would last more than half a day with a deprived madmumof7. And so I try and take something new into my life before Easter instead - learning rather than leaving stuff out.

Dry January? I stick to what I said on Twitter today which was that I believe January is actually the very month you DON'T want to give anything up!

Doing the school run this afternoon I was battered by cold winds, sprayed with vertical icy drizzle and had to avoid puddles and mud patches arriving shivering and breathless after just a seven minute dash from school playground to warm kitchen.

Obviously I needed a warm cup of tea and a left over mince pie to recover. And later I may enjoy a snifter of something alcoholic as a warming nightcap. I'm surely not the only one with leftover Irish Cream calling from the fridge. (Very nice splashed into your evening hot chocolate by the way).

I am slightly crisp obsessed and always over buy those big packets "for Christmas". I should be out pounding pavements or squeezing into activewear for a gym session but why would anyone want to go out in the dark and cold? I'll wait until the days lengthen and I can't wear baggy jumpers any more.

I find it a lot easier for me to exercise or eat healthily if I'm shamed by my muffin top and bingo wings in my spring/summer outfits and I have until May to get what the Daily Fail coyly refers to as "a beach ready bod." Which in my case involves losing just enough weight that Greenpeace activists aren't alerted if I lie on a beach. ( You may be too young for that joke. Sorry)

A friend actively celebrates a certain level of gluttony in January and I look forward to more meat pie and Prosecco suppers at his house this month.

I'm not even going to mention veganuary,  apart from this passing reference. All respect to vegans out there for sticking to their personal principles but it's not my thing whatever month of the year it is.

My family (including my non-meat eating sister) would probably seek professional help and a straight jacket if I even went vegetarian. My last supper would almost certainly include a big rare steak. 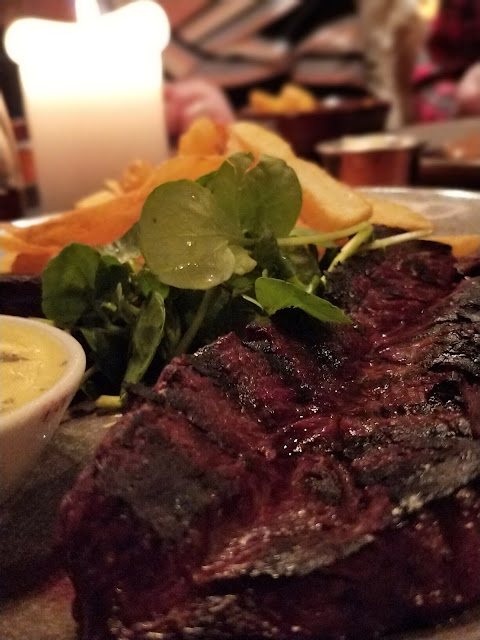 I won't be growing any body hair or giving up any category of food or drink this or any month. Good luck to any of you that do, especially if it's to raise awareness or funds for good causes. I will find another way to be a better person that doesn't involve me giving up sausages or Sancerre.
Dry January giving up New Year vegan Veganuary vegetarian