on March 12, 2018
YOU know where you are with a Big Mac. Novelty burgers come and go but you can always walk into a McDonald's and order a Big Mac. It's like a burger-y comfort blanket. 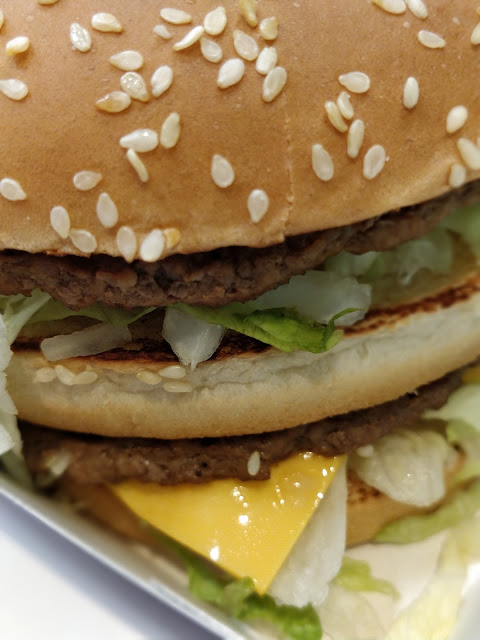 When I was younger I can remember my uncle who was an airline pilot telling me he often used to head like a tired and jet lagged homing pigeon to the nearest McDonalds, no matter what country he was in, because he didn't need to know the language, he could just order a Big Mac.

It's so iconic The Economist created the Big Mac Index, a informative but quite reliable guide to comparing purchasing power in different currencies. When we were visiting South Africa last year my son (an economist) headed straight for that index to give us a rough guide as to how much money we might need while visiting the country.

This year, 2018, the Big Mac is all grown up, celebrating it's 50th birthday just one year short of me celebrating mine, Happy Birthday Big Mac!

To kickstart a whole year of celebrations for the 50th birthday of the world famous Big Mac®, for the first time ever UK McDonald’s have introduced two new limited-edition sizes of the legendary burger.

Following wide-spread customer demand and a huge success in the States, the Mac Jr.™ and the Grand Big Mac™ will bring burger-fans the same delicious Big Mac® taste they know and love – the only difference is the size. 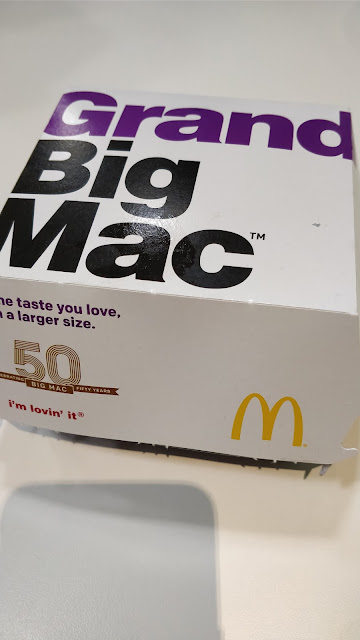 Available in all UK McDonalds restaurants 50 years after the creation of the original Big Mac®,  the tasty trio comprises: 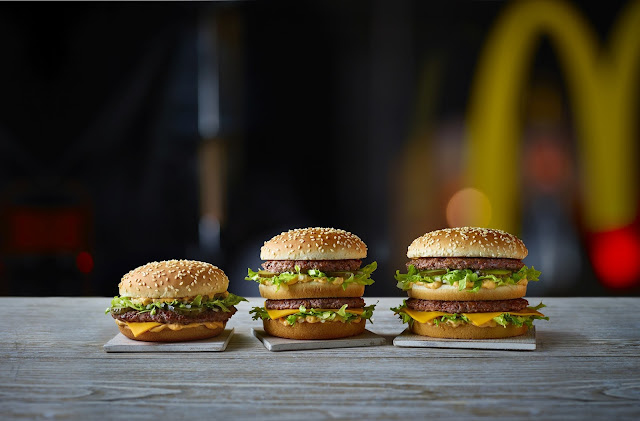 An established classic in the McDonald’s family, the Big Mac® was first created in February 1968 by an American McDonald’s franchisee named Jim Delligatti in Pennsylvania, USA.  Delligatti originally wanted to call the burger ‘The Aristocrat’, however after consideration McDonald’s chose to go with the now famous name, Big Mac®.

Best known for its special (and for a long time, secret) sauce, which took Delligetti two years to perfect, the Big Mac® became famous for its one-of-a-kind taste. The burger became an instant classic.

Following great success in the USA, the Big Mac® arrived in the UK in 1974 when the first UK restaurant opened on Woolwich High Street. Once customers tasted it, McDonald’s (and the Big Mac® fans) never looked back and it is now sold in over 100 countries worldwide and one of the most-loved and most iconic burgers in the world.

Steven Howells, Head of Marketing at McDonald’s UK said: “As our most iconic McDonald’s product, we are proud and excited to be celebrating 50 years of the legendary Big Mac®.  For the first time ever in the UK, we are introducing the two new sizes for a limited time.  We know a lot of our customers will remember their first Big Mac, and this campaign will hopefully encourage them to enjoy that unforgettable first bite all over again!”

To mark the big birthday 90's pop idols Jason Donovan and Chesney Hawkes have recorded their attempts at a the tongue twister which featured in a McDonalds advert from the 70's. The aim is to list the ingredients of a Big Mac in 4 seconds or under!

You can watch these legends battle it out here:

I may not be cute, musical or famous but I thought you might find it entertaining to watch me have a go at the #BigMac50 tongue twister too with help from my youngest (who is at least cute IMHOP).

Check out my efforts below then why not have a go at it yourself?


You need to say, as quickly as you can: two all beef patties, special sauce, lettuce, cheese, pickles, onions on a sesame seed bun.