on March 15, 2018
I called  the NHS helpline number 111 yesterday after my 11 year old daughter suffered a severe sudden onset headache and vision issues. She was mid-sentence about scones when the pain hit. It was terrifying. 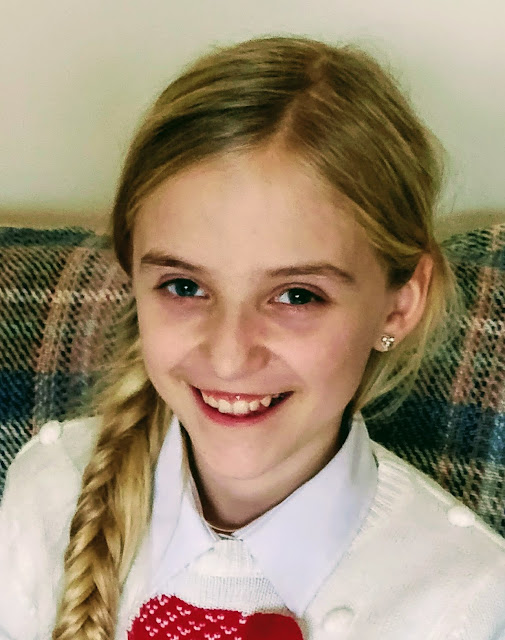 She's never had a migraine and although I was fairly sure that's what it was, I needed expert advice.

The people I spoke to on the free 111 helpline were lovely. I spoke to an initial call handler who passed me onto someone with medical qualifications.

My daughter was unable to focus with her left eye and had severe pain on the left hand side of her head. She didn't seem averse to light and didn't feel sick. She was pale and listless.

After talking to me about my daughter's symptoms the nurse I was speaking to said it was vital my daughter was seen asap and asked if I could get her to my nearest emergency department within an hour. If I couldn't she planned to call an ambulance.

I quickly packed a small bag with a drink and snacks ( this is no my first rodeo!) and headed to our local A & E which was heaving.

Seriously it looked like it was hosting victims in the aftermath of Armageddon. People bleeding, crying, staring into space, chained to prison officers, muttering into phones while clutching injured limbs. There wasn't a spare chair to be had so people were sitting on the floor and leaning on the walls. This at 1.30pm in the afternoon.

We had already negotiated our way past the gatekeeper - a new level at our local hospital where you can't even enter the department without passing an initial interrogation.

We squeezed past the walking dead to the second reception where thankfully, after waiting while panicked receptionists hunted for a lost patient and missing paperwork, we were seen by a very friendly woman who directed us into the slightly less hectic Paediatric Decisions Unit (PDU).

We handed over our paperwork and were soon seen by the triage nurse who was frankly brusque and cold, snorting with derision when I explained the 111 service had insisted we come along.

Barely making eye contact the nurse (who to be fair was obviously rushed off her feet) voiced that she thought it was "just" a migraine. I explained my daughter had never had one and once again mentioned 111. Without even looking at me she told me that basically 111 call handlers send everyone to hospital. I was made to feel I was wasting her time.

Four hours later with one set of obs carried out in the noisy crowded waiting room we were called to see a doctor. My poor daughter who had the headache from hell had endured screaming children banging musical instruments and playing with ear-piercing electronic toys while a television babbled with continuous kids tv in the background. 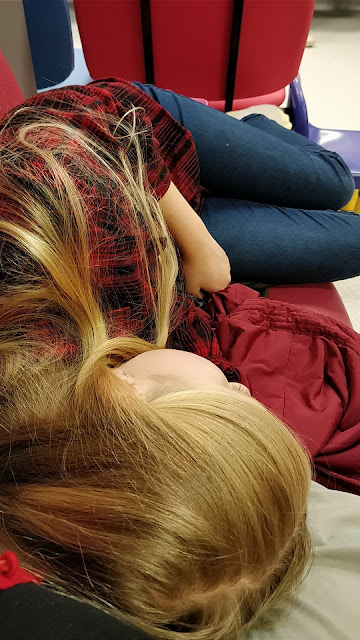 The doctor was amazing and carried out a full set of neuro tests. Stroke is not unheard of in children and he was obviously checking she had nothing sinister going on in her head. He told me it wasn't typical migraine and it certainly seemed unusual and severe but in the absence of any other symptoms and already being overrun he had no choice but to send us home making us promise to come back immediately if her condition worsened.

This morning she still can't see properly and her head and eye still hurt. That is not my experience of migraine and I am still not confident of her diagnosis. But what can I do?

I worry that the triage nurse heard that I'd called 111 and labelled me snowflake mother and decided on migraine without hearing any family history, including the fact that my husband had an unexpected TIA (mini-stroke) and heart attack in his 40's because of an undiagnosed hole in the heart.

I'm concerned that staff are so frustrated at the 111 service sending everyone to hospital that they don't take anyone seriously unless they can see actual blood.

I'm worried that next time I need advice I won't ring 111, or that I will ring but ignore their instruction to go immediately to hospital thinking it's overkill, playing it safe, please don't sue us advice. And in ignoring it maybe put my child at risk.

It's becoming a case of the boy who cried wolf but I don't know what the answer is. All I know is that our overcrowded  GP surgeries, paramedics and emergency departments cannot cope as it is without the addition of "just in case" cases clouding the water which could mean genuine cases of need are rushed through and overlooked.

The last time I called 111 a year ago my 12-year-old son had collapsed in the street and had made it home confused and with a head injury and a possible neck injury. They called an ambulance for me - the paramedic was with us within half an hour, the ambulance took a further hour despite the paramedics urgent calls. My son was lucky but I wonder how many ambulances were out on 111 advice to cases that didn't really need them?

What do you think? What is your experience of 111? Is it a useful tool or a waste of time?