on April 02, 2018
I have a new obsession. Last week I got to play shuffleboard at The Vine which has just been refurbished to include the special tables, updated decor and a new menu, and it brought out my scarily competitive side. I am desperate to get together a team and play again! 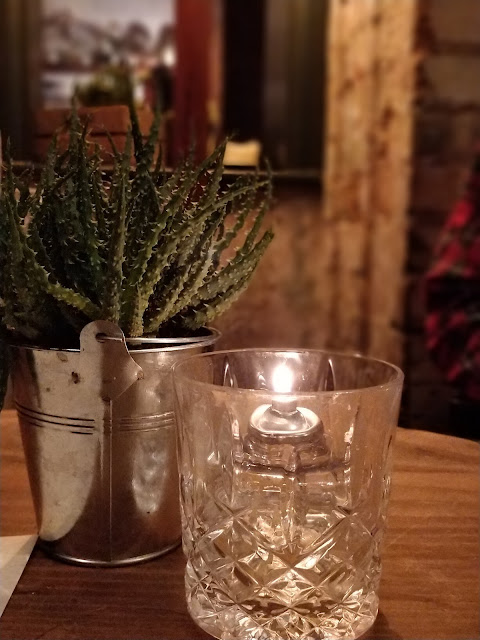 Playing shuffleboard is growing in popularity and it seems I am not alone in becoming quickly obsessed with the game. Apparently in the 1500s King Henry VIII banned the game for fear the population was becoming too distracted to work and his archers were too busy playing to protect him and the nation!

The game has long been associated with pubs and bars so it's no surprise that the new shuffleboard area with two 12 foot tables at the back of The Vine works really well with table side service so you don't have to drag yourself away from the game to go to the bar. 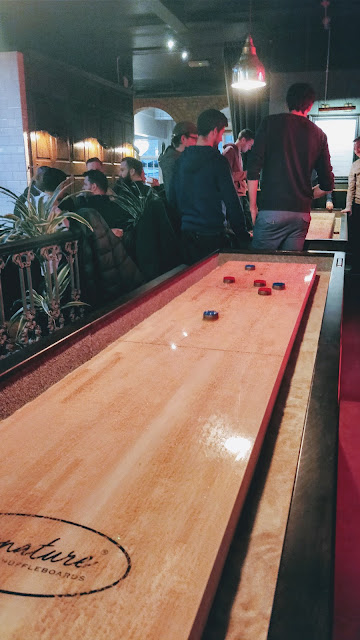 We enjoyed some substantial and delicious bar snacks while we got to grips with the rules of the game. 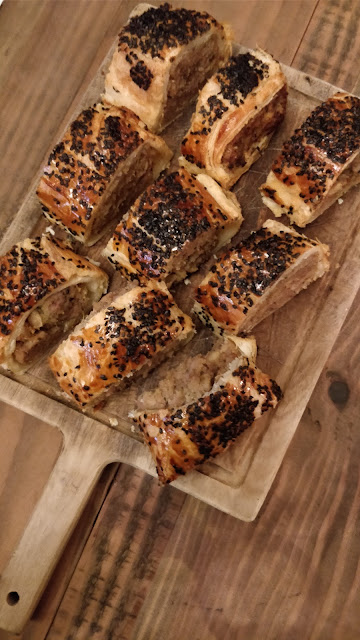 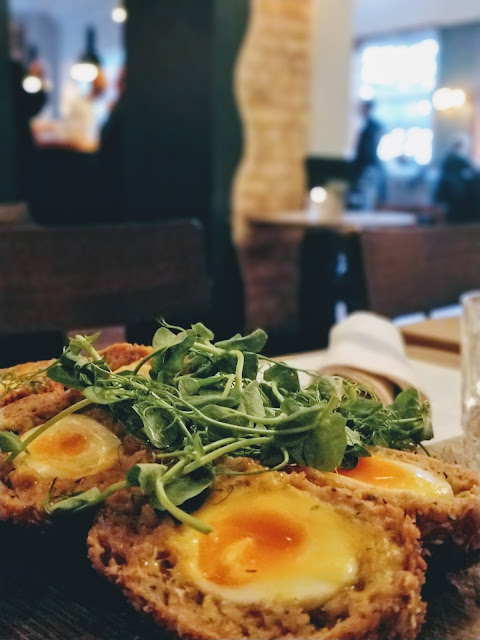 Basically a shuffleboard table is a table with an ultra-smooth coated playing area surrounded by a kind of moat. Silicon "sand" is sprinkled on to help the pucks slide. The idea of the game is to get your pucks into the numbered zones at the end of the table. 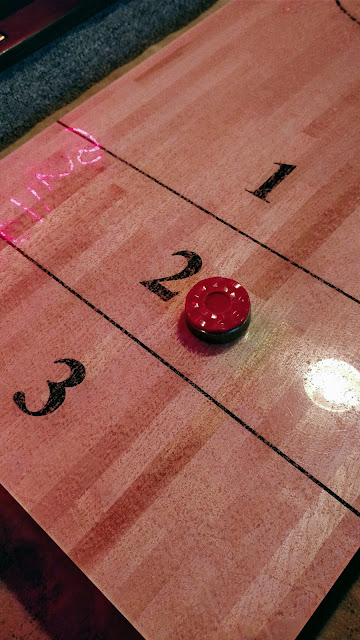 You can play as individuals or in teams and once you've got the hang of how hard to shove your puck, you can soon start trying to play tactically, knocking your competitors puck off the playing surface into the moat.

As I mentioned I am frighteningly competitive so felt very satisfied when my husband and I beat the opposing team.

I'd worked up quite an appetite playing so was glad to be able to sample the delights of The Vine's brand new fresh, modern and colourful menu. My husband was even more glad to learn we would be tasting a selection of beers from the Laguinitas Brewing Company, which would be perfectly paired with our food. 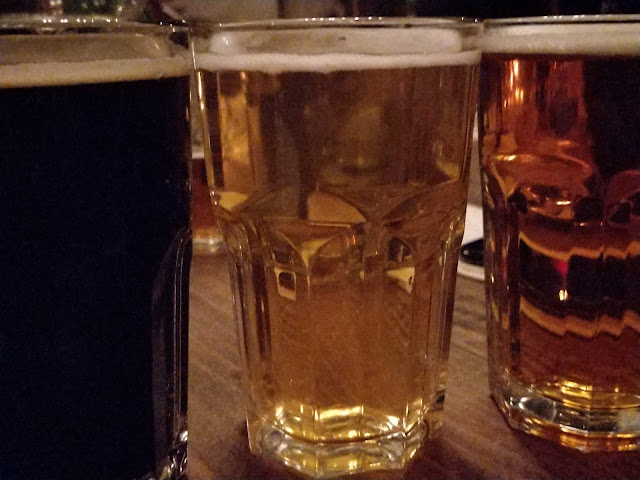 It was a nice menu with some interesting  variations from your standard pub grub. We ate in one of The Vine's private dining areas which allowed a view of the pub and a taste of the atmosphere in a nice uncrowded environment where you could hear yourself talking. 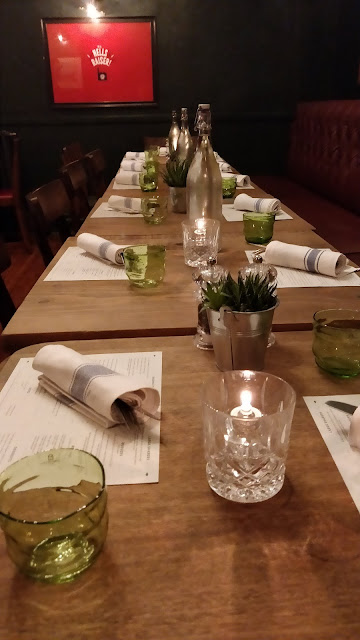 Mains on offer included pan fried sea bass with a crab and chive cream sauce served with baby potatoes - my husband said this was delicious. 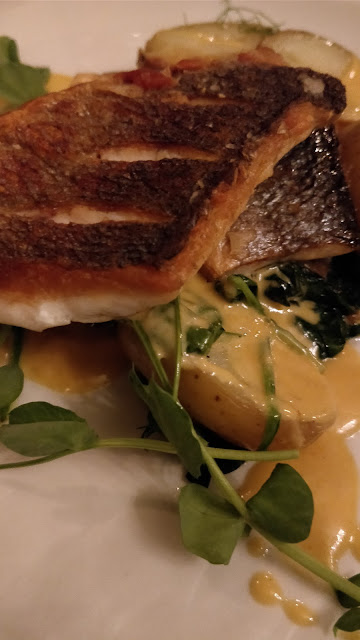 I had the bavette steak which was memorable for the beautiful chimichurri dressing. I was not, if I am honest, a fan of the brisket croquette or the thin, bland gravy which accompanied the dish. 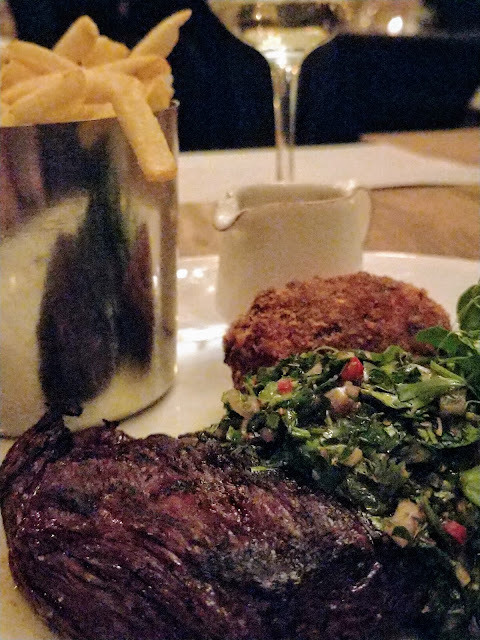 Other options included roast cauliflower with tender stem broccoli, squash, pomegranate and dukkah and a small but interesting range of burgers.

There's also a small dessert selection - I enjoyed the sticky toffee pud which had a nice sauce served in a jug alongside the cakey pud and wish I'd had chance to try the roast pineapple with a rum glaze which comes with coconut cream. 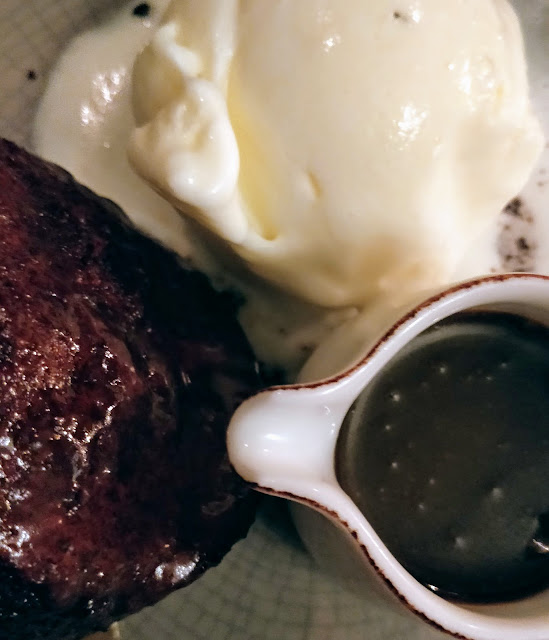 The pub itself is easy to find, just five minutes walk from tube, overground and train links and close to Hampstead Heath. It's child and dog friendly so perfect for a meal, drink or Sunday lunch after a walk on the Heath. 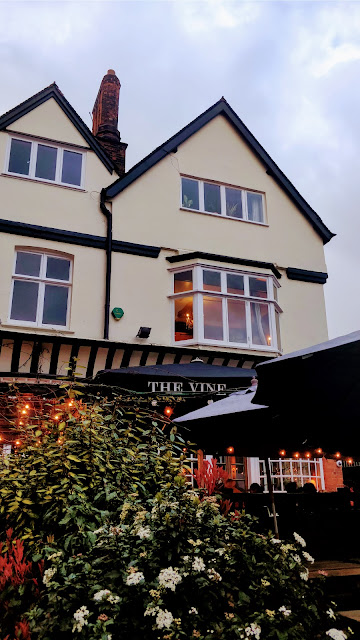 It's a recently refurbed Edwardian building with a decent sized pub garden which is often used to host special events. Even on a drizzly mid-week evening the place was bustling with a nice friendly atmosphere, no doubt aided by the impressive selection of beers and gins along with the usual pub offerings.

Talking of beer, I must mention the Laguinitas Brewing Company beer guys who charmed my husband with some fine beers and top banter.  Look out for the name - my husband assures me this is gooooood beer and the US brand is growing in popularity in all areas of the UK. 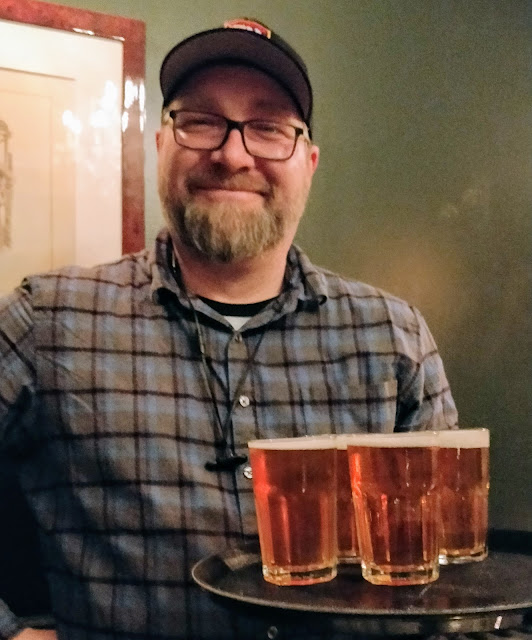 Disclaimer: we enjoyed a fun evening playing shuffleboard, eating and drinking free for the purpose of this honest review.