on August 28, 2020
Dean Street in London's famous Soho area is a bustling area where tourists, workers and locals converge to eat, drink and be merry right in the heart of Britain's capital city and it would be easy to overlook the culinary gem that is Forty Dean Street - but you shouldn't. (ad) 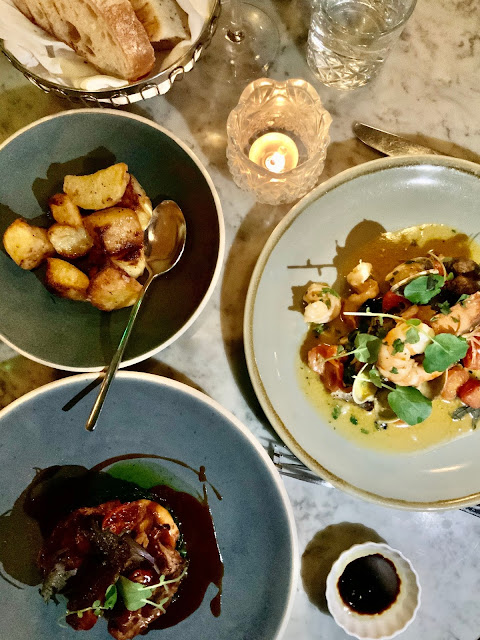 I must have walked past this family owned Italian restaurant a hundred times without paying much attention but once I was looking for it, it was very easy to find. I'm gutted I didn't discover it sooner. 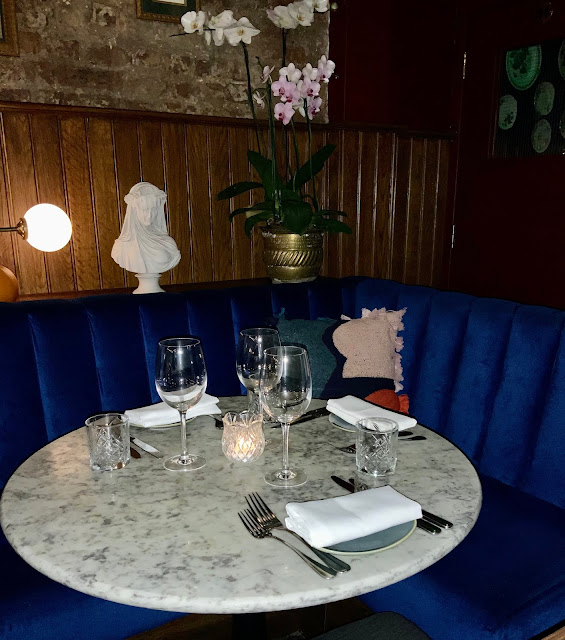 With a couple of tables outside and a deceptively decent sized interior, Forty Dean Street offers more than decent food in more than decent portion sizes. There are cosy corner booths and marble tables with chairs which can be brought together for bigger parties.

The ambience is relaxed and the atmosphere is buzzing without being too loud to talk. When reviewing a restaurant I pay as much attention to the way other customers are treated as the way I am served and 40 Dean Street passed my customer service test with flying colours. 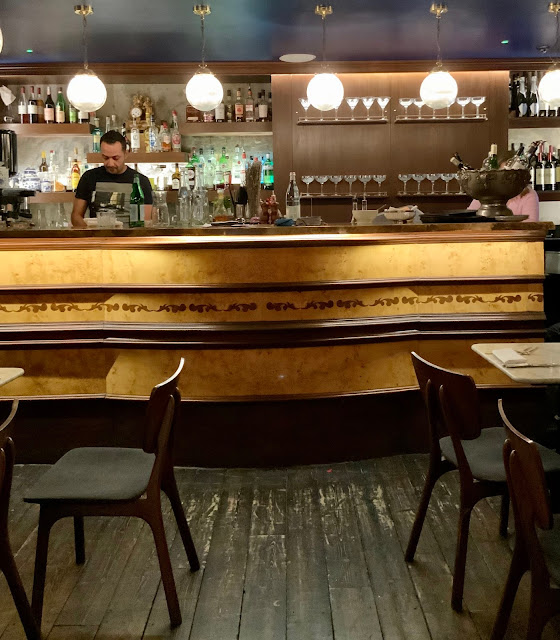 I even saw owner Nima Safei pop out to buy a basic lemonade for a customer who wanted to add some to her wine and offer it to her with grace and just the right level of humour.

Despite it being a drizzly Wednesday evening shortly after we were seated we noticed lots of drop ins were popping in hoping to grab a table without a reservation and as far as humanely possible their requests were met.

Even when wannabe diners were being told they could only have an hour at their table because of reservations the conditions were being set with the friendliest of tones and many apologies. We didn't hear anyone decide to go elsewhere.

And so to the food.

There's a well constructed set menu costing between £12.90 and £19.90 depending whether you want two or three courses, what day you want to visit and whether you are there for lunch or dinner. 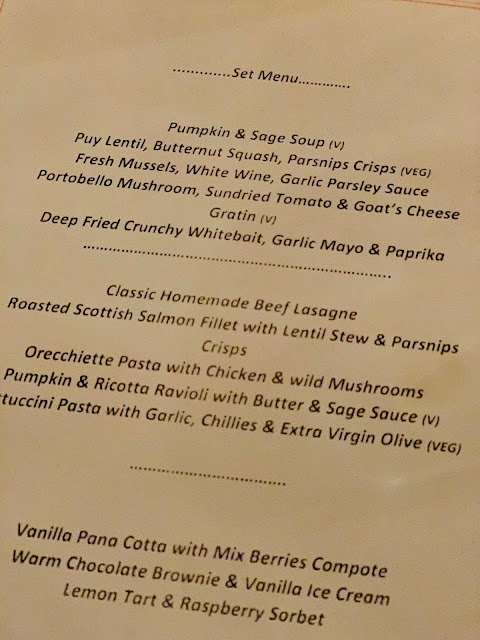 After browsing both menus while I gorged on the beautiful fresh bread from a nearby Italian bakery, we chose from the A La Carte menu. 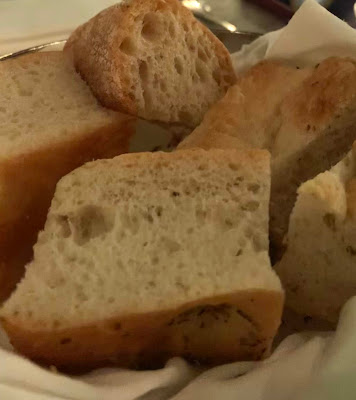 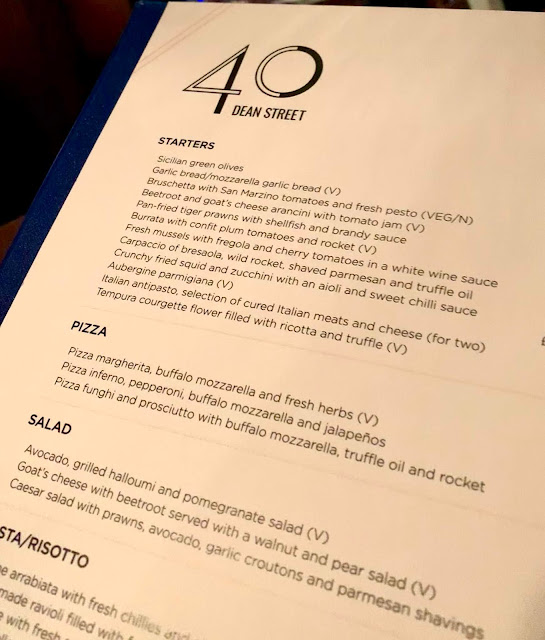 After asking for recommendations I opted for the suggested crunchy fried squid and zucchini with aioli and sweet chilli sauces which was not very photogenic in hindsight but was exceedingly tasty - light and luscious. 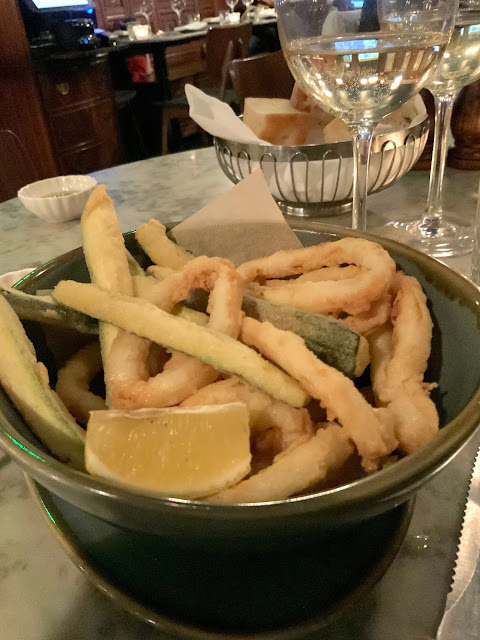 My plus one chose a much prettier dish of pan friend tiger prawns with a shellfish and brandy sauce. The sauce was perfect - complex but not too heavy for the delicate prawn flavour. 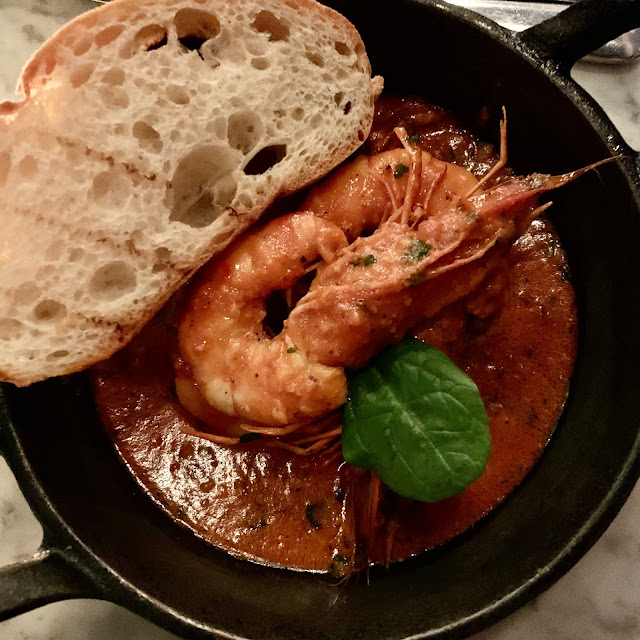 To follow I chose the recommendation again - lamb rump with black cabbage, roast sweet potatoes and onion gravy. I asked for my meat to be cooked medium rare and it was perfect. 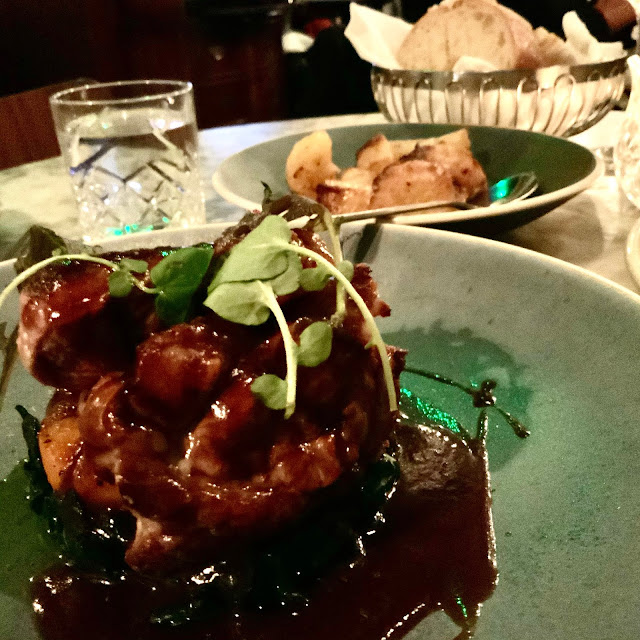 The roast sweet potatoes were not crunchy but were very flavoursome, making them almost more like a fondant potato. The next picture shows the presentation deconstructed to reveal the sweet potato beneath the meat. 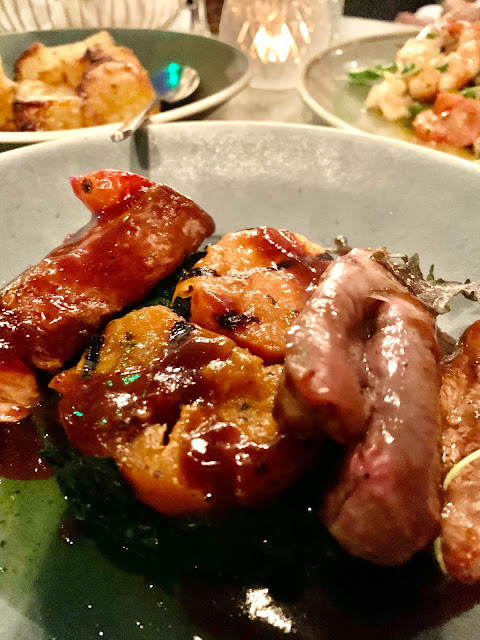 The sauce was very rich, thick and generously seasoned and I really enjoyed the whole dish. I added rosemary roast potatoes not realising how large the meals would be but if you have a good appetite I can definitely recomend them. They were beautifully crunchy outside and fluffy inside just like they should be.

My friend's plate was a seafood lovers dream with prawns and clams atop a large piece of sea bass served with greens and a lemon and butter sauce. 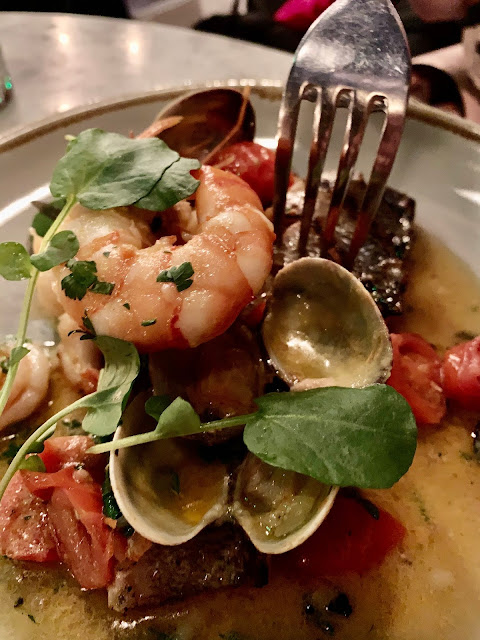 As I mentioned before, portions are generous and when it came to dessert my friend couldn't manage any more food. I was lured however by the vegan chocolate fondant with coffee ice cream which in the name of a good review I managed to eat and thoroughly enjoy. 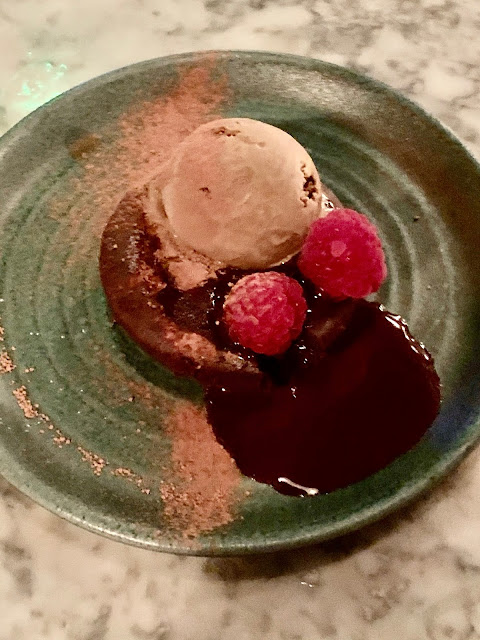 As we ate and chatted we watched the world walk past the window and marvelled how perfectly situated 40 Dean Street is whatever your reason is for being in the heart of London. 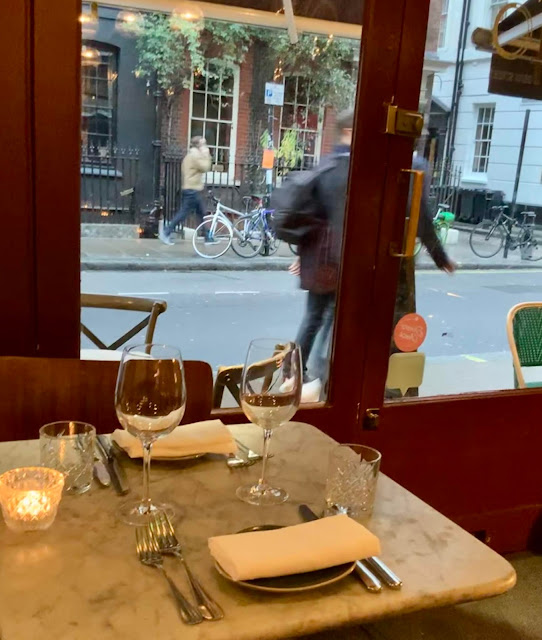 I'd advise booking ahead and be aware that according to the website's small print, probably due to its popularity parties of up to six people are allocated tables for an hour and a half. We found service to be efficient without being rushed however so don't worry too much about that time limit.

It makes 40 Dean Street the perfect mid-shopping lunch stop, pre-theatre destination or starting point for an evening out in town if like us you want to eat before enjoying some cocktails and the vibrant nightlife on offer in the area. 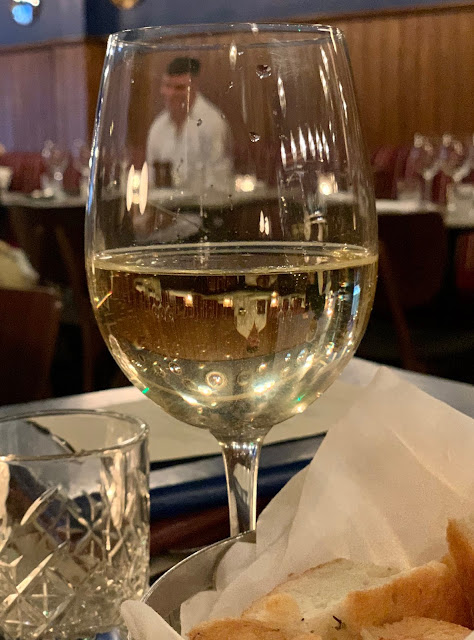 Disclaimer: We enjoyed a meal and drinks free for the purpose of writing this honest review