on October 18, 2019
The Pokemon Centre in Japan is world famous but it's a long way to go for UK fans of Ash, Pikachu and all the other Pokemon and trainers. But for a short time only Britain has its very own Pokemon Centre at Westfield London in Shepherds Bush. 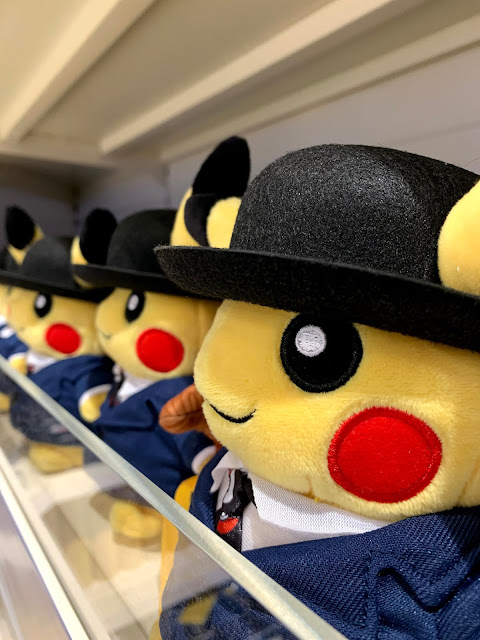 Last night I took my youngest Pokemon-mad child along to the Pokemon Centre London (#ad) for a sneak peek at what's on offer. He absolutely adores the franchise and watches the TV shows, movies and of course plays Pokemon games.

I think he looks adorable in this Detective Pikachi hat. It was just one of the many items in the store he loved. 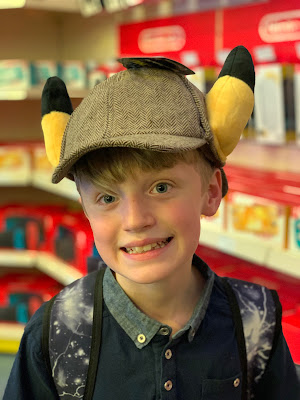 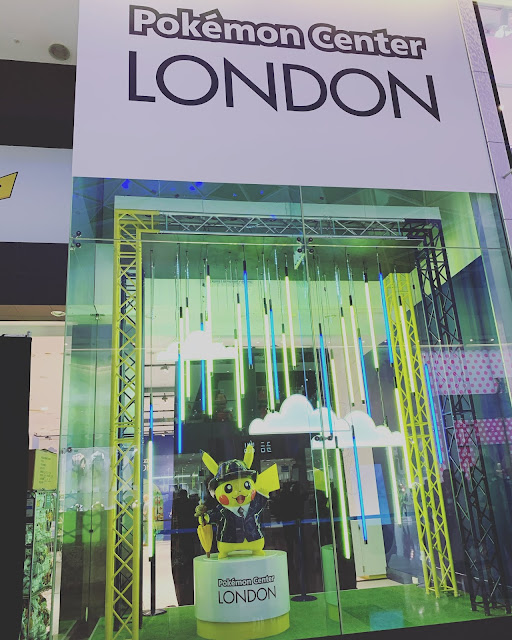 As if I needed proof that this pop-up is going to be popular there were locals and tourists all trying to peer into the centre and a few begging to be let in. I felt sorry for the Parisienne tourists who had to leave before the centre's official opening today (on Friday October 18) at 10am.

But like Charlie Bucket we had a golden ticket, or rather a yellow wristband so were among the lucky few who got to explore a day earlier. 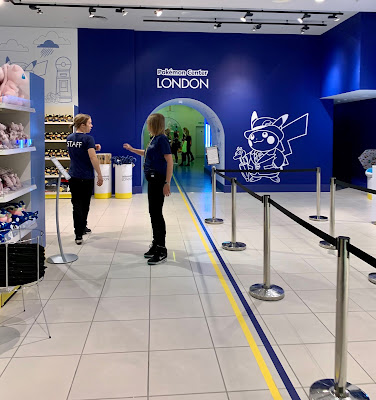 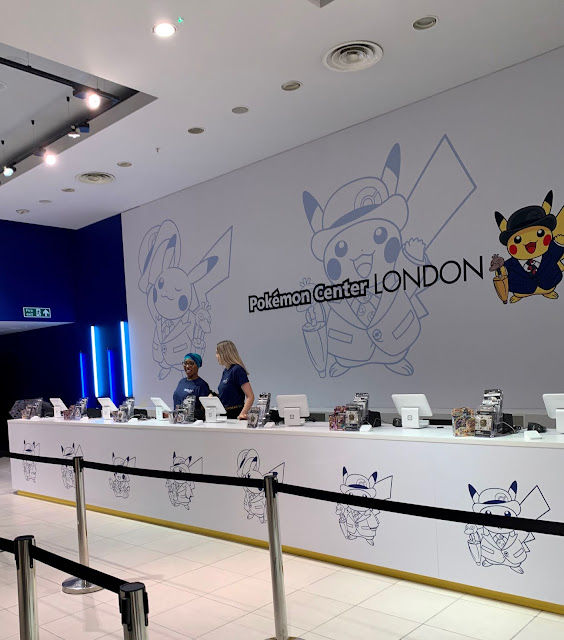 Now some would describe the Pokemon Centre as a store. Well it is really but selling exclusive collectibles and merch which any real Pokemon afficiendo would love to load into their cart. 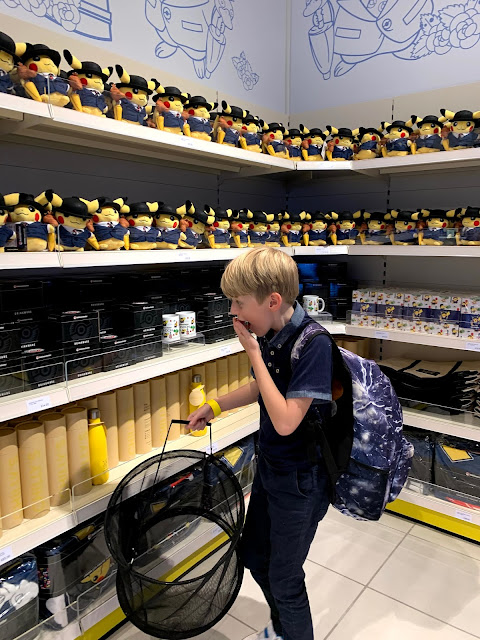 Walking in we could see shelves of plushes, cards, clothing and collectibles and a big display of Nintendo Switch consoles and the new Nintendo Switch Lites alongside the game, Pokemon Sword and Shield. 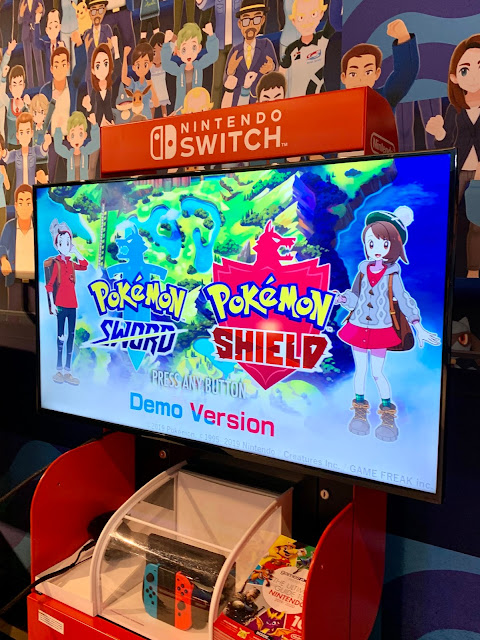 Upstairs there was a demo area where you could actually play the game on either (or both) of the consoles. 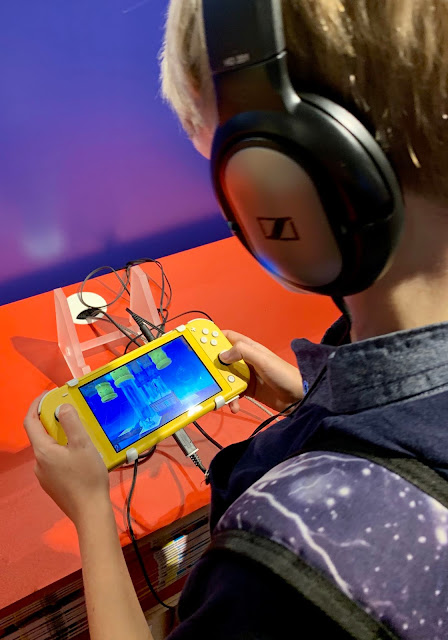 My son loved the battling system which he says is a lot smoother and better organised than in previous games.

Back downstairs we began the difficult task of choosing what to buy. I felt sure he would go for one of the evolutions of Evee including one super-soft running Evee but he actually went for a Bulbasaur (£14.50) 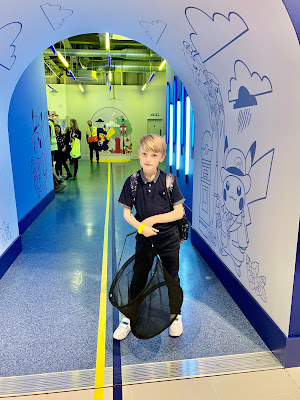 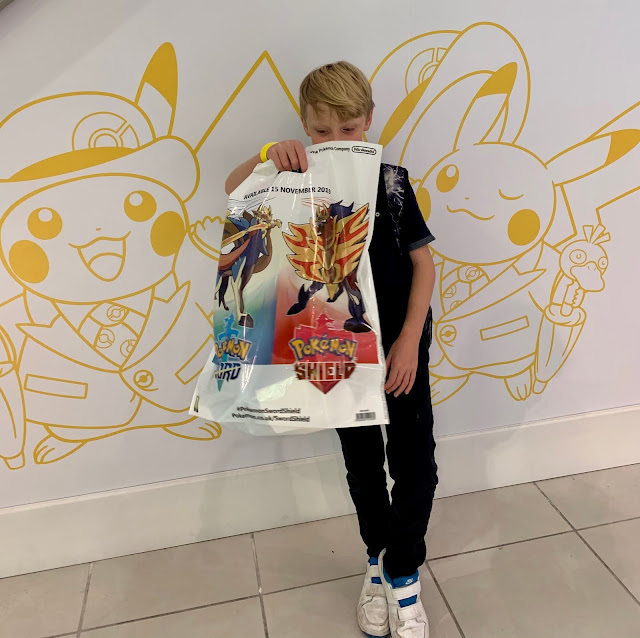 He was tempted by one of the mugs and would have loved the gorgeous fluffy throw and the Greninja plush that Dan TDM picked up but mummy had a fiercely defended budget and so they were left reluctantly on the shelf.

I'm sorry, rewind. Did I just say Dan TDM was shopping with us? Yep - and he made my fanboy son so happy by pausing from his Pokemon collecting to pose for a quick photo which is now little 'uns screensaver. 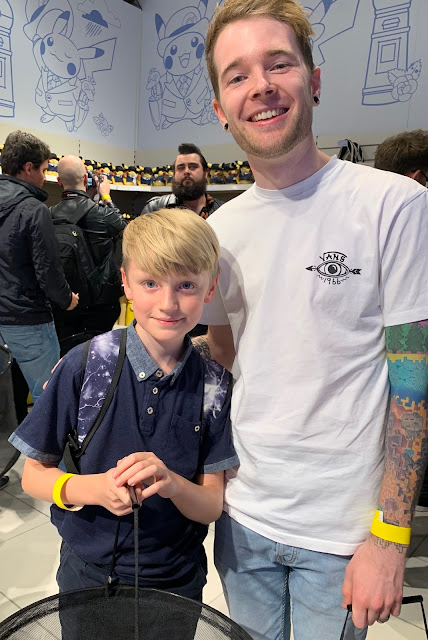 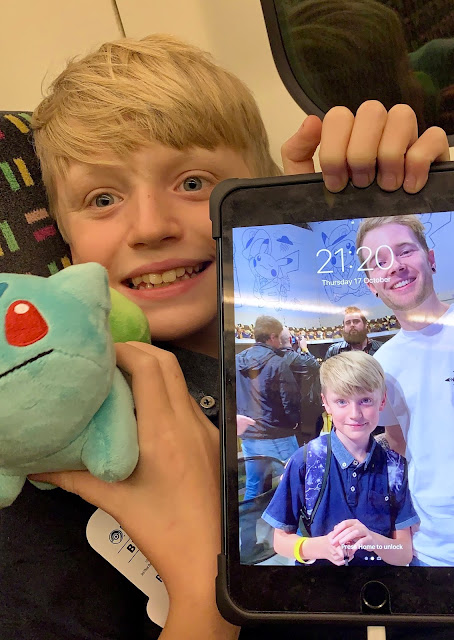 Ali A was also there apparently but we missed him - too busy goggling at cards and collectibles galore.

My son's day was elevated into the best day ever EVER when he was handed a goody bag containing the cutest London City Pikachu complete with bowler hat, Psyduck-headed brolly, a teeny tiny tie with Pokeballs on and the crucial tag showing he came from the Pokemon Centre London.

He also got a cute Pokeball containing cards and a collectible coin and yet more cards.

The Pokemon Centre London is open until November 15 2020 and I would imagine it's going to be very, very popular.

Prices start at under £10 for stickers and cards and there was quite a bit to buy between £10-£20 including some plushes, T-shirts, mugs, hats and socks. It would be very easy to spend quite a lot of money so I suggest if you are taking children you should maybe set a spending limit before you go inside and get carried away by all the Pokemon loveliness!

Take a camera (or charge your phone) as there are some nice photo-op spots in the store. 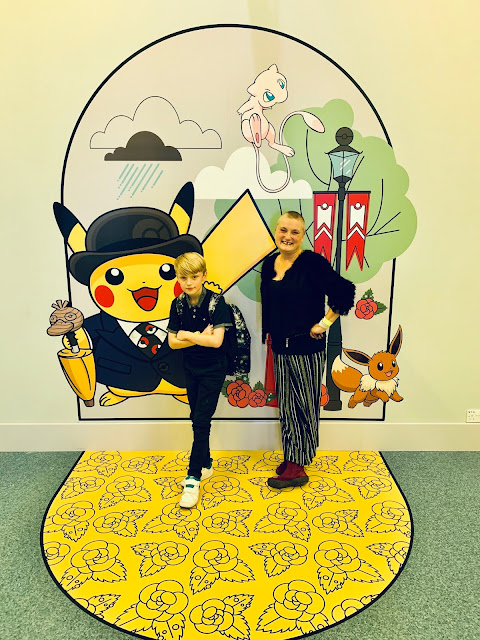 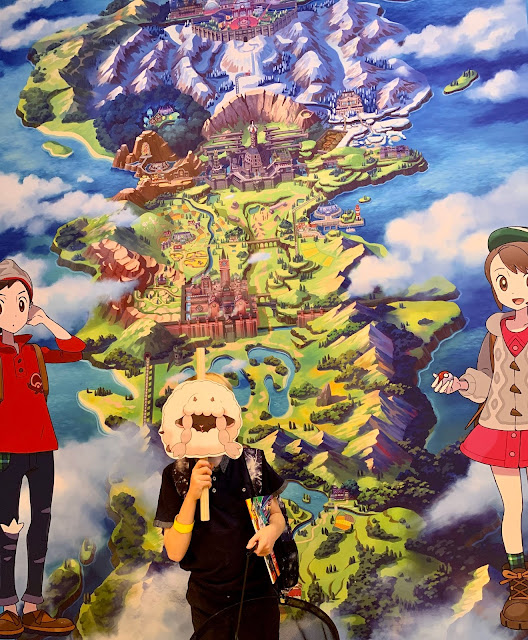 All in all this is a must-see destination for Pokemon fans and with plenty of other stores, eating places and a cinema at Westfield London which is right next to Shepherd Bush tube and mainline rail services even people from the further reaches of the UK could come and make a day of it. 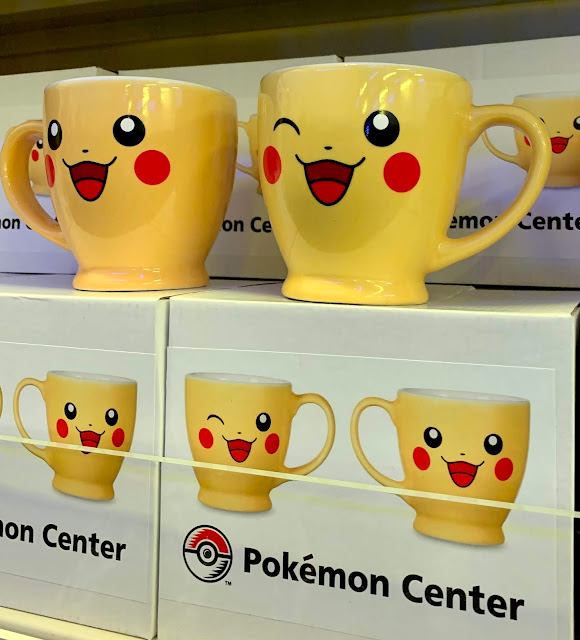 Disclaimer: We were invited to a special preview event and received a goody bag free as a thank you for attending. Views and opinions remain honest and my own.