on February 27, 2020
We love to promenade along the seafront at Paphos along from the ancient castle to the other end of the bay. Recently they've extended the walkway further round past some of the city's most luxurious hotels along to the public beach. It's a nice walk whichever end you start at and if you fancy stopping for a break you could do worse than pop into Τα Βανια. 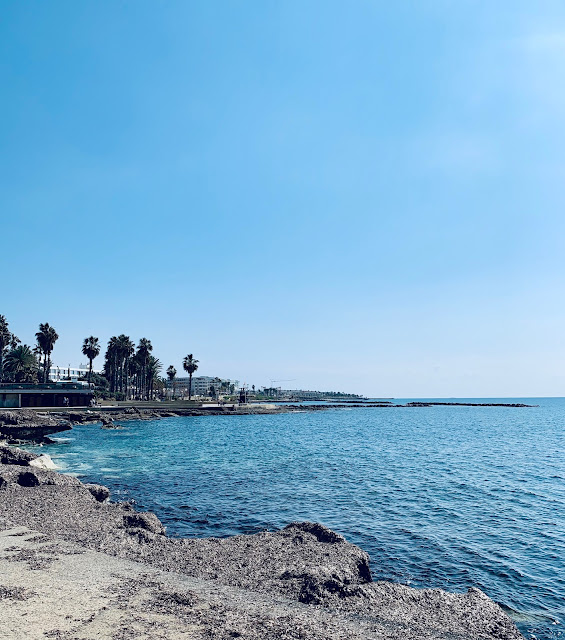 For years my eldest son (pictured below)  has been keen to pop into this cafe/bar which is the only one out of the harbour on the ocean side of Poseidonos Avenue.  It's right next to a semi-natural swimming pool where you can swim in sea water in the man-made construction which is partially open to the sea. The location explains the cafe-bar's name which translates to "the baths." 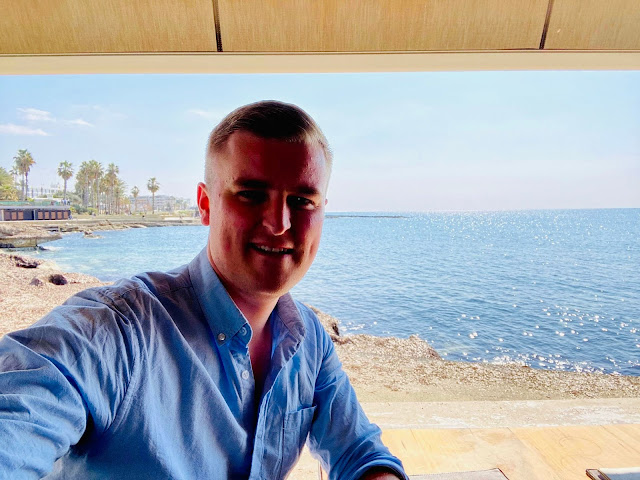 Growing up in the Black Country region of England, when my friends invited me to go to the baths on a Saturday, they meant the local leisure centre pool. I can't seem to find the history of these "baths" and the current construction is definitely not ancient but I'd like to think that for centuries people have been cooling off in the water there whether they were washing or just relaxing.

Τα Βανια is ideally situated for admiring sea views or people-watching- or in my case, both.  In summer  the sea breeze can work its way through the whole venue thanks to the roll-up transparent window blinds which once wound up leave the cafe/bar open sided.There's decent sized (covered) outside spaces at either end of the restaurant too.

We visited in February and we sat next to an open space but were protected from the slightly chilly albeit light wind by other window blinds which were left down. There are heaters inside for really cool days. 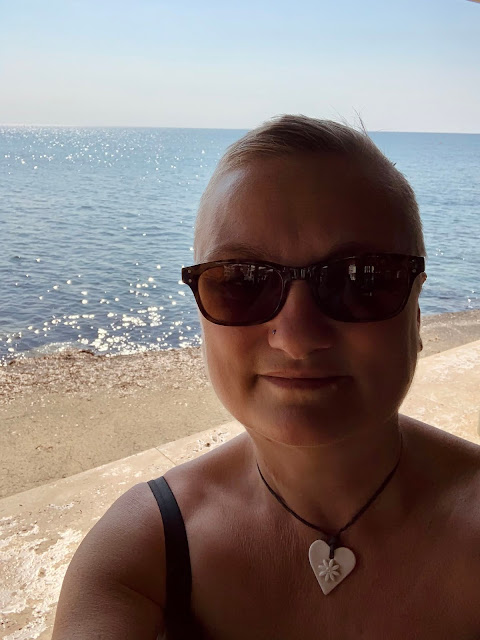 The sun was sparkling on the waves but piles of washed-up seaweed were evidence that winter storms had been lashing the island only a few days before. Luckily it had already dried out so there was no smell from it. 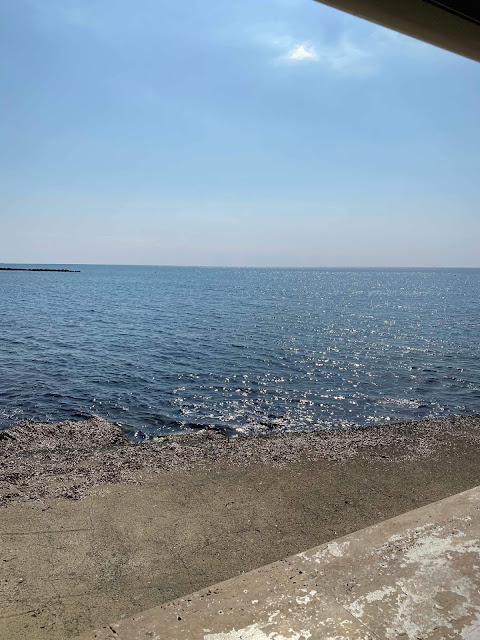 We had expected the menu to be slightly pricier than average given the modern style and prime location of Τα Βανια but were actually pleasantly surprised.

My husband ordered an English style breakfast with the inevitable Cypriot twist to it and it was a substantial plateful for 6.50 Euros. Anglophiles note - the baked beans were as good as "English" premier brands and although my husband didn't mind the frankfurter substitution, English style sausage purists might be less impressed. The quality bacon and perfect fried eggs more than made up for it though.. 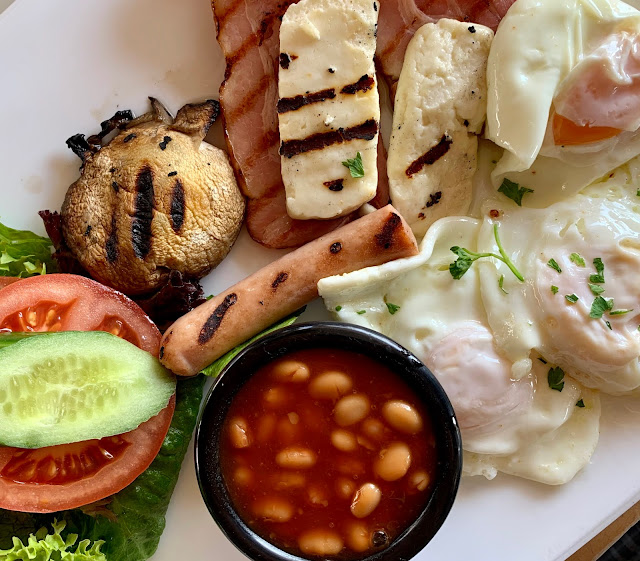 I opted for two boiled eggs (cooked perfectly soft as requested) which was served with toast, unsalted butter and a selection of jams in individual portions. I thought at 3.50 this was excellent value.

My son is a big fan of burgers and so no-one was surprised when he ordered the cheeseburger. It came with a side of coleslaw and a generous portion of chips. We can't remember what it cost but it definitely was in line with other local establishments. 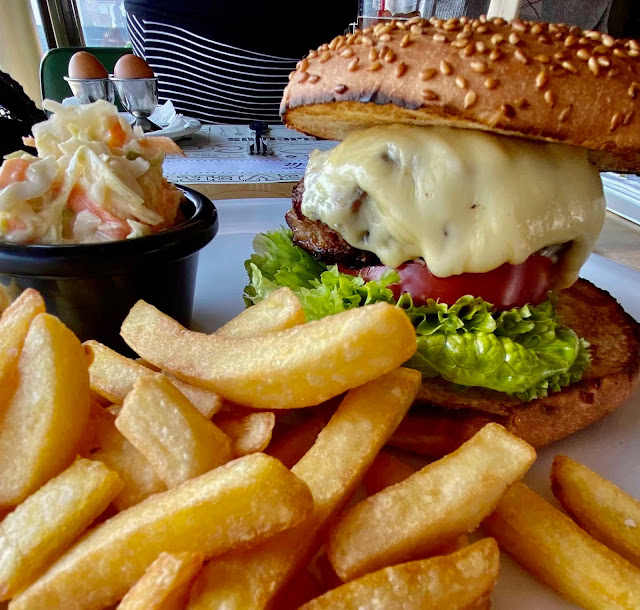 We noted that the cafe-bar caters for people with dietary restrictions so great if someone in your party can't eat gluten or dairy for instance.


Like the time we visited Omikron Brunch, also in Paphos,  we were not harassed into the venue by professional "greeters" who have become a common sight along the seafront. This is a big plus for me. The fact that both venues were busy, even in February, was testament in itself.

It's ideal for breakfast, brunch, lunch and dinner all year round and I imagine at night the venue takes on a different vibe with a good cocktail menu, stylish decor and lighting and a long bar with plenty of bar stools to sit to see and be seen from.

I was not paid or rewarded in any way to write this review. Pictures by madmumof7 and Jacob Willmore.