Cocktail Inspiration with Spirit of Aloha 65

I am a HUGE fan of cocktails. Fruity, creamy, frothy, fizzy, frozen.... there aren't many I don't like. But even with years of cocktail drinking experience behind me I'll confess I'm late to the party when it comes to discovering Spirit of Aloha 65. 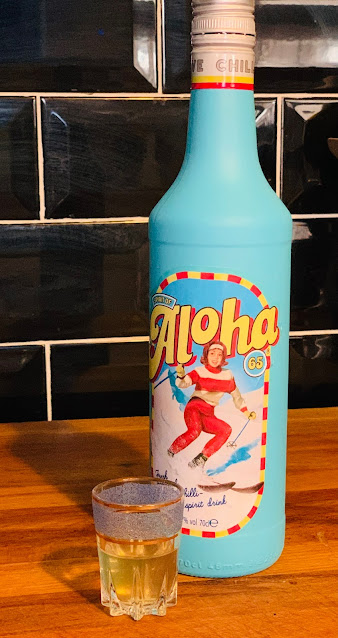 Conceived and created by British expat barman, Stephen Thorp, at his beach bar in Florida some thirty years ago Spirit of Aloha 65 was launched in the UK last year.

The first homemade version of Spirit of Aloha was designed as a versatile, refreshing and reviving, lower ABV, vegan tipple to lure well-known and not so well-known surfers into his beach bar.

Stephen’s homemade gift to the après-sea crowd became a ritual, a unique sundowner that put a smile on everyone’s face at the end of a long-day in the surf or soaking up the rays on the beach.  Thirty years or so later, and after many attempts (65 in fact), the first few bottles that met Stephen’s exacting standards were produced and Spirit of Aloha 65 came of age.

With a flavour profile and ethos just as well suited to the slopes as the surf, Aloha 65 launches its winter label edition in earnest this year.

With its sweet and warming botanicals of pineapple, ginger and chilli at its heart, Spirit of Aloha 65 is the perfect autumn or winter tipple and hits the spot on a cosy evening in front of the fire served just on its own over ice, or instead of a gin and tonic as a long drink mixed with ginger ale or a seasonal tonic like Fever Tree’s Clementine tonic water.

I added Spirit Of Aloha 65's legendary  “Detonators”, scotch bonnet infused pineapple chunks to my glass with a measure of the liquor and topped up with tonic water for a hot 'n cold cocktail. I think this might be a fave during the Christmas season. 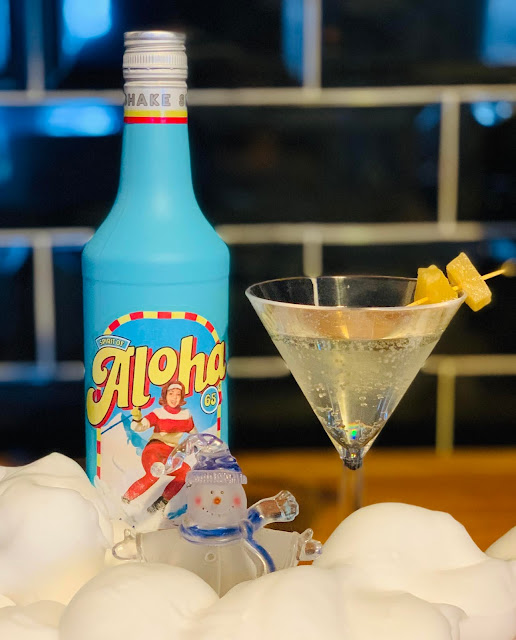 Fancy a snack alongside your cocktail? Create a twist on the 70's classic cheese and pineapple with spicy pineapple with cheese on cocktail sticks. There's a hot sauce too which is not quite hot sauce, not quite chutney which you can use as an accompaniment to almost everything or as a dipping sauce. 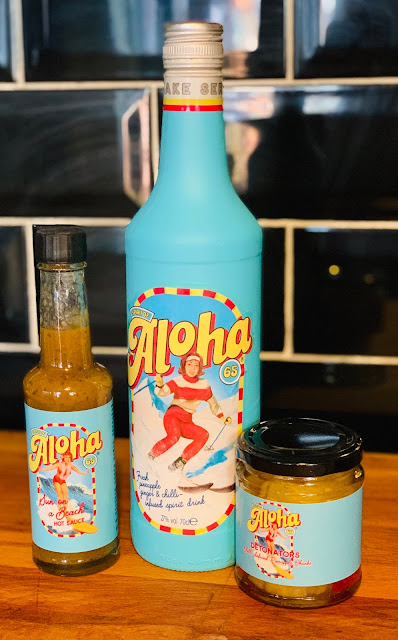 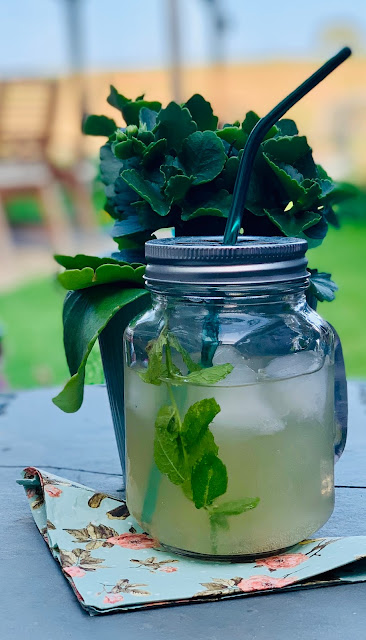 For a longer, fruity tipple I added a measure of Aloha 65, a sprig of mint and ice to a jamjar-style glass and topped up with a tropical fizzy to make a refreshing drink.

The Aloha Mac, a modern twist on the classic, Aloha 65 and Stone’s ginger wine also works a treat, but for the more adventurous who want to go a bit off piste, why not try making an Aloha Old Fashioned with Aloha 65 instead of half of the Bourbon or something really Christmassy, like the Aloha Velvet with Aloha 65, brandy, orange and lemon juice, sugar syrup and egg yolk.

Finally, if you’re up for some mulling, surprise your friends and family by whacking some Aloha 65 in either red wine, cider or cloudy apple juice together with some cinnamon, star anise and cloves  - job done.

You can get this versatile spirit in miniature form so why not make up a food/drink gift with a difference for Christmas with the Aloha 65 pineapple chunks, sauce and a Spirit of Aloha 65 miniature?

There are a number of very cool gifts for BBQ lovers, beach-goers, winter sports lovers and more on the Aloha 65 website to learn more and find out what, how and where to buy.

Disclaimer: I was gifted a bottle of Spirit of Aloha 65 plus hot sauce and pineapple chunks for the purpose of writing this honest review.