Tasty & Healthy- Why Not Grow Your Own Exotic Edible Mushrooms?

Years ago when I was at away at a conference I was shocked when my doctor called me after a recent blood test revealed my body was dangerously low in potassium, vital for heart function alongside other things. He advised me to immediately eat some potassium rich food. Bananas? No - mushrooms! 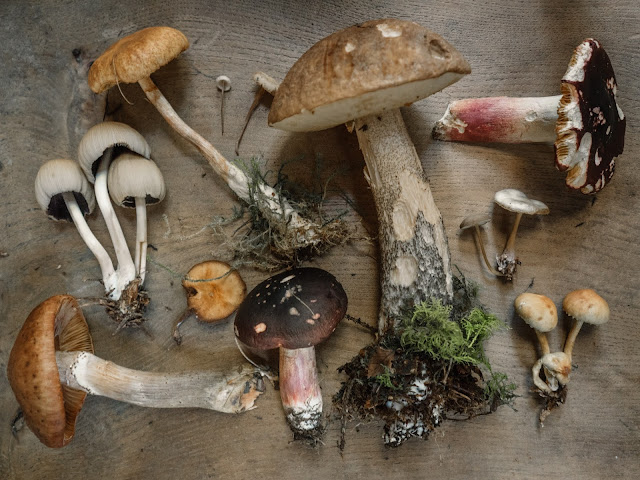 Thankfully the hotel breakfast buffet offered mushrooms and after a concerted effort to up the amount of potassium in my diet a follow up blood test showed my levels were back to normal.

I now incorporate mushrooms into at least one meal a week alongside other potassium rich foods like broccoli, orange juice and dried raisins.

Of course there is far more to mushrooms than the often insipid offerings in stores and with home cooks becoming ever more adventurous the desire for fresh and interesting ingredients is growing rapidly.

Many of my neighbours grow their own fruit and vegetables but I'll confess I don't do much beyond pots of herbs on the windowsill.

And of course not everyone has outside space available for growing stuff like root veg and green leafy veg but absolutely everyone has room to grow mushrooms using North Spore's "spray and grow" kits. 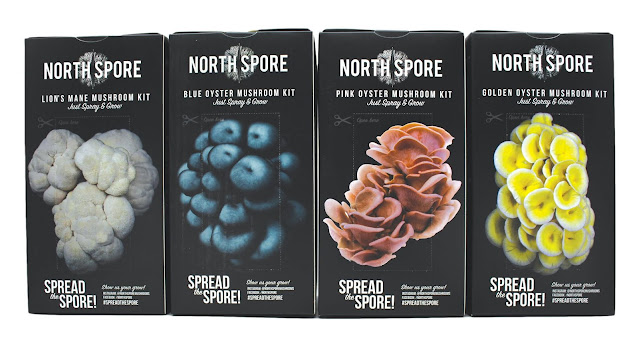 These amazing kits don't just allow you to grow fungi, they are almost a work of art for whatever space you decide to place them.

Choose one (or more) of four fabulous varieties including the colourful Blue, Pink or Golden Oyster mushroom which is sure to brighten up your stir fry or salad. 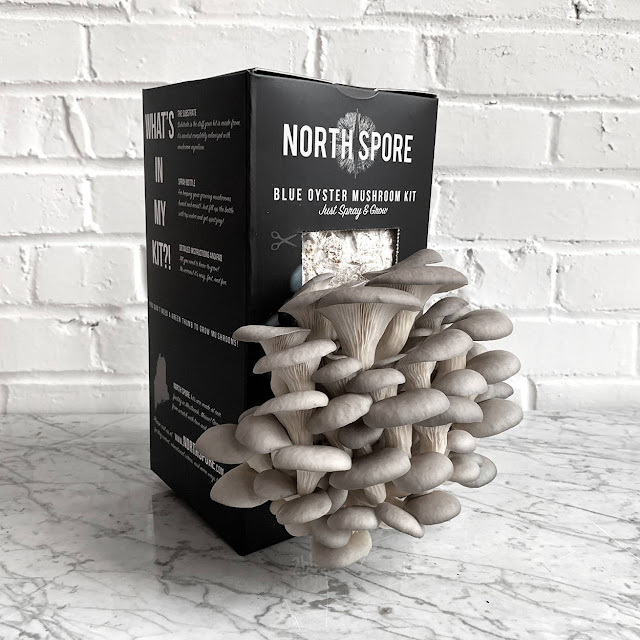 The magnificent Lion's Mane mushroom is particularly versatile. It is considered both an esteemed edible mushroom and a valuable medicinal, and is currently being studied for its effects on neural health, Alzheimer's, and dementia. When ripped apart it has a texture similar to fresh crab meat. Replace crab meat in a crab cake recipe for a delightful vegan take on a classic dish!

The other great thing about these kits is that if you are impatient like me you won't have to wait very long for results.

Once activated by spraying with water using the spritzer provided you can expect to see mushroom pins (baby mushrooms) within two weeks. Keep spraying and you should have harvestable mushrooms a few days later.

These kits would make a great gift for a foodie or would be an interesting activity for children. It might even encourage them to try some new food incorporating "their" mushrooms. As a parent I have learned children are much more likely to eat food they have helped prepare.

These kits are not a one hit wonder either - customers report they have successfully harvested multiple crops from one kit.

Currently the kits are shipping to the US and Canada only but fungus fans in the UK can buy books, wellness products, T-shirts, stickers and tools to be posted to them.

Growing mushrooms at home was not something I had previously considered but it seems like a fun and tasty activity the entire family could enjoy.