I adore the theatre. To be transported away from real life if only for a while, to learn, to laugh to be transfixed by the talent of actors is a magical thing. Members of my family both have had lots of links to theatre, my son as an actor and my son in law on light and sound and it's been heartbreaking through lockdowns to see their connections lost.

In my early print journalism days I was a theatre critic and spent many of my evenings at local theatres watching everything from big names in classic plays on big stages to tiny productions in small spaces with new talent. I loved pretty much all of it. (Although one truly terrible production of Death of a Salesman haunts me to this day)

Recently I was invited to check out an imaginative and innovative form of theatre by the creators of Darkfield Radio - immersive theatre through the medium of an app along with your own headphones and a sense of adventure. 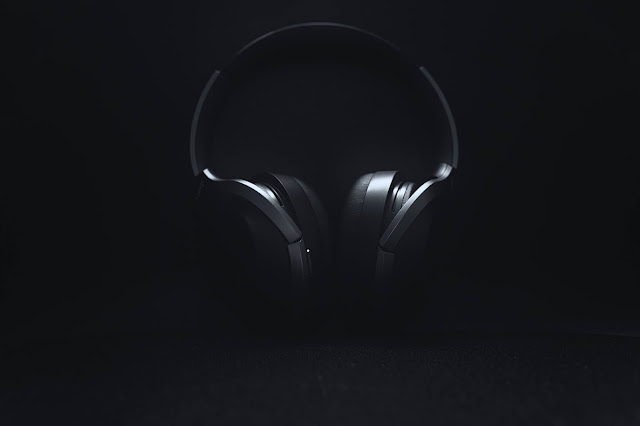 Creating chilling, exciting and frankly, slightly disturbed productions since 2016, Darkfield Radio features performances for solo and group participation, at venues or from home.

I was given codes for KNOT (GIFTED), a trilogy which promises take you to a strange and curious world, transforming the familiar spaces in and around your home into something rather different....

You book specific times and dates for your performance and it's amazing to realise that you are experiencing the theatre simultaneously with people across the globe.

You are joined on a park bench by a woman who is lost in the city.

You are in a car heading both towards and away from the park.
In a meeting room a cyclical story, tied up like a knot with no ends, is conjured into existence by a collective effort.

So Friday night comes along, bluetooth headphones and phone charged and with some trepidation I am almost ready to join. After some kerfuffle with codes which was swiftly sorted by the lovely people at Darkfield Radio the rather unnerving experience began. 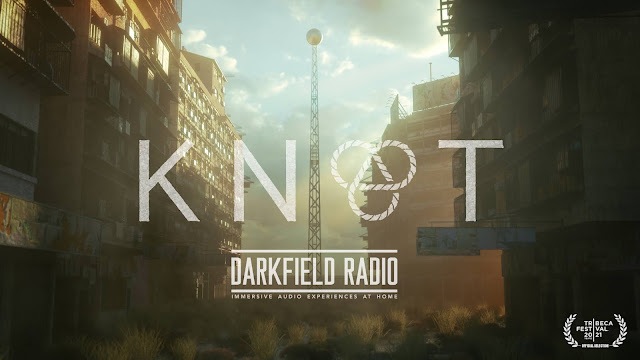 I don't want to spoil the fun but this show will take you down a very weird rabbit hole and there will be some flinching and jumping nervously along the way. This type of adventure is not for the faint hearted!
The story is beautifully woven into complicated knots as promised and it would be great to get a friend to buy tickets too as there is lots to discuss. I always think the after show discussion is one of the best parts of the experience and it would have been great to share my thoughts with a friend afterwards. Maybe they should set up an online forum for survivors....
I would very much recommend following the suggestion of situating yourself as near as possible to the play settings. It might feel odd sitting in your car on the driveway but for the full immersive experience it's worth some odd looks from the neighbours.
This is a great addition to traditional theatre and I can't wait to see what comes out next from the clever and worryingly dark minds at Darkfield Radio. If you want theatre from the comfort of your own home this is definitely for you. But be warned - this type of adventure is not for the faint hearted and the comfort of your own home may well be replaced with discomfort.

KNOT premiered at the prestigious TriBeCa Film Festival in New York City in June, and then launched  in the UK, US and Australia from 25 June for a six week run.