Be Nice to your Builder - They Face Danger Every Day.

When an amateur matchmaker offered to introduce me to the man who became my husband and the father to our 7 children I nearly turned him down. Yes, I was attracted to his gorgeous blond hair, fit bod and lovely personality but I'm embarrassed to say I did not really want to date a scaffolder. 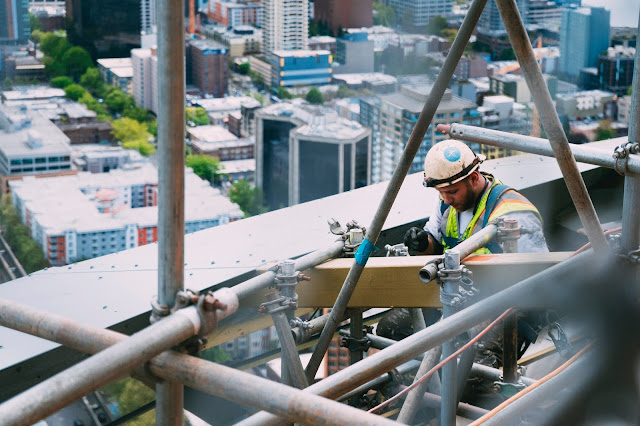 Let's face it, lots of people have a kind of inbuilt prejudice against people in the construction industry, especially when it comes to those workers who get dirty every day. There's maybe an idea that construction is something people do if they are less academically able, but I can tell you that I have met many in the industry who could knock spots off other people I know who wear a suit to go to work.

Yet many people treat builders and the like with contempt and distrust disregarding the fact that it can be a dangerous, even deadly business to be in. 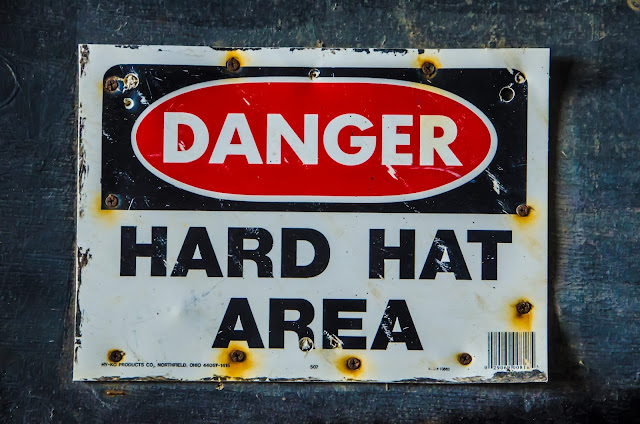 My husband has never so much has lit up a single cigarette in his whole life but he has a life limiting lung disease almost certainly caused by the dust he has breathed in throughout his working life. He is not alone. We know of at least one carpenter who died with a similar illness.

Then there are the horrific accidents that can occur, even with today's levels of health and safety. When my husband started work no-one wore masks, harnesses or hard hats or had the benefit of GRP Grating, a specialist walkway non-slip material sometimes used on construction sites.

Sometimes it's not the surfaces but the spaces that create danger for construction workers. It used to terrify me to think that my husband was erecting the scaffolding to make the working environment safer for others. Watching him high up creating walkways and safety barriers made me feel actually sick imagining a deadly fall from height. Windy days were the worst!

You might not know that in multi-storey buildings, spaces called "riser voids" are created to accommodate mechanical and electrical services. While the building is being erected these spaces can be a health and safety nightmare and previously they might have been covered over with plywood or similar which was not exactly a great solution.

Nowadays there is the option of GRP service riser grating which can be fitted to make the voids safe and then cut to allow piping or cables or whatever for the mechanical and electrical services to be installed. At least that's one thing that can be done to make construction sites safer but they are still dangerous places to work.

It's not only construction workers who live a dangerous life. It's a well known fact that sea fishermen are in one of the most risky industries in the world but it's not just at sea accidents can happen. Luckily mini mesh GRP grating has been developed to make marina walkways, pontoons, bridges and breakwaters safer areas.

Please remember to consider the needs of any construction workers you might have dealings with. I was once at someone's house on an extremely hot and sunny day and they had builders working outside in the garden. As she made us cold drinks I asked if she was making any for the workers. She refused and said they should have brought their own. My husband has had many situations where householders have refused his request to use their toilet. It makes me so angry when these basic human needs are ignored. 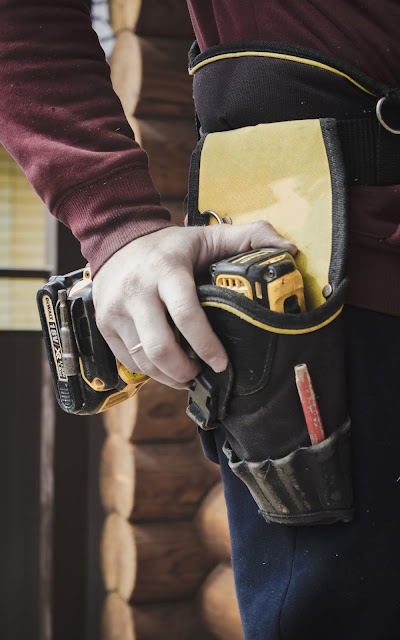 Let me tell you- part from the fact that you should try and be a decent human,  the nicer you are to your builder, the more likely you are to earn loyalty. Marrying someone who was considered a "tradesman" has taught me a valuable lesson about respect and the danger of judging a book by its cover, or more accurately, a person by their job title.