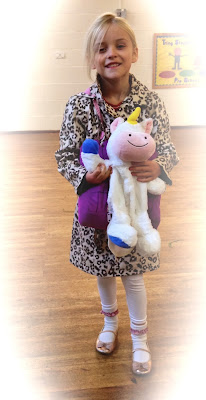 Among my seven children I have just two daughters. One is almost a teen and a lively bundle of smiles and hugs, as bouncy as Tigger, easygoing and largely happy to go with the flow. My younger daughter is quieter, calmer, but a determined little girl who looks like a Disney princess (especially when her extra-long hair is down) and has a core of steel.

She is just seven years old but has always known exactly what she wants - which isn't always what I want. But this week I was very proud as when she was asked if she felt ready to do the course which would allow her to take her first communion at Church, she chose the path I hoped she would and said yes!

I am a proud Christian and we are very involved in our local Anglican team parish. However (as I have said before) I still feel faith is an individual choice so the children have never been forced to go to church or made to believe what we believe. If they ask questions I use the phrase "I believe...."
To be honest, most of them do love church and share very similar beliefs to mum and dad but it's their choice. When one of my children decided against confirmation because he wasn't sure he wanted to make such a big commitment, we supported him in his decision.

But I can't help being quite pleased that DD decided she did want to take the next step of joining in with the sharing of bread and wine. She went to a day session where children shared lunch, games, ideas and conversation and learned about why we celebrate the Eucharist ( all done in a relaxed style) before trying out the bread and wine in advance of their First Communion which will be sometime in the next few weeks.

She said she had lots of fun, enjoyed showing the group her "favourite thing", a unicorn cushion which was a recent pressie from one of her Godmothers (along with the spectacular leopard-spot coat!) and confided that she thought the wine was a bit yucky.

For me this is a rite of passage - something I did as a child (though I don't remember it to be honest) and a big reminder that my little girl is growing up.


I'm sharing this as a #magicmoment and as a What's The Story? post as this event is so special to me! Click the badges below for more great blog posts.