Man of Plastic - not long til the Lego Movie opens!

on February 04, 2014
I am a teeny bit embarrased to admit that in our house there is much talk about the upcoming Lego Movie- and it's not just the children who are excited about it. 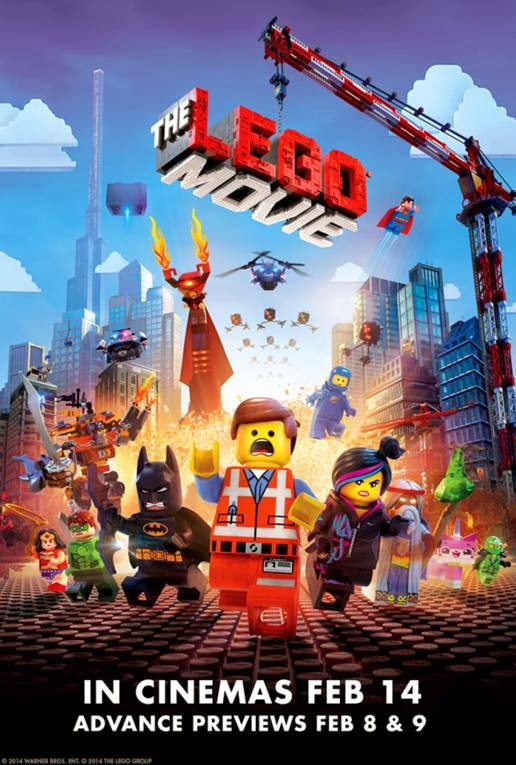 Lego has been part of our lives for many years - we have a toy box full of vintage and modern pieces. Actually I've never been sure about the way modern Lego is sold in kits to build one or two specific pieces. I think it's much more fun and creative to rifle through the box listening to that unique crunchy Lego brick on Lego brick sound as you look for that elusive window frame or wheel to bring your vision to plasticky life.

So we have a mix in our box - vintage bricks and Lego City, the odd bit of other sets and now I find we can actually buy Lego - the Movie sets.

It's DS#4's 9th birthday this month and the new Lego kits are high on his "wanted" list. And what does he want to do as his birthday treat? Go to the Lego Movie of course. Followed by a slap up lunch somewhere, preferably somewhere with an "eat as much as you like" policy. He likes those does my ginger fat boy! (Who is neither ginger nor fat - it's an old family joke.)

It occurs to me that if you've been hiding in a cave for the past few months you might not know anything about the new movie. Good news - if I can get the technical pixies in my 'pooter to work you will hopefully be able to watch a clip here!
If you are on a mobile device you might have to click on this link.


And no I'm not being paid or coerced in any way to tell you all about this - I just didn't want you to miss out as you may have been thinking it was just a kid's movie whereas I find myself laughing even at the trailer!

The LEGO Movie follows Emmet, an ordinary, rules-following, perfectly average LEGO minifigure who is mistakenly identified as the most extraordinary person and the key to saving the world. Emmet (Chris Pratt) is drafted into a fellowship of strangers on an epic quest to stop an evil tyrant, a journey for which he is hopelessly and hilariously underprepared.

So cancel the Valentine candlelit supper or moonlight stroll along the river - it'll be flooded anyway and get yourself along to your cinema of choice and indulge in a bit of mad "Man of Plastic" fun!

Disclosure: I was not paid to write about The Lego Movie. All views and opinions are as always my own.
cinema Family life film kids LEGO movie The Lego Movie