Going Quiet with a Quinsy 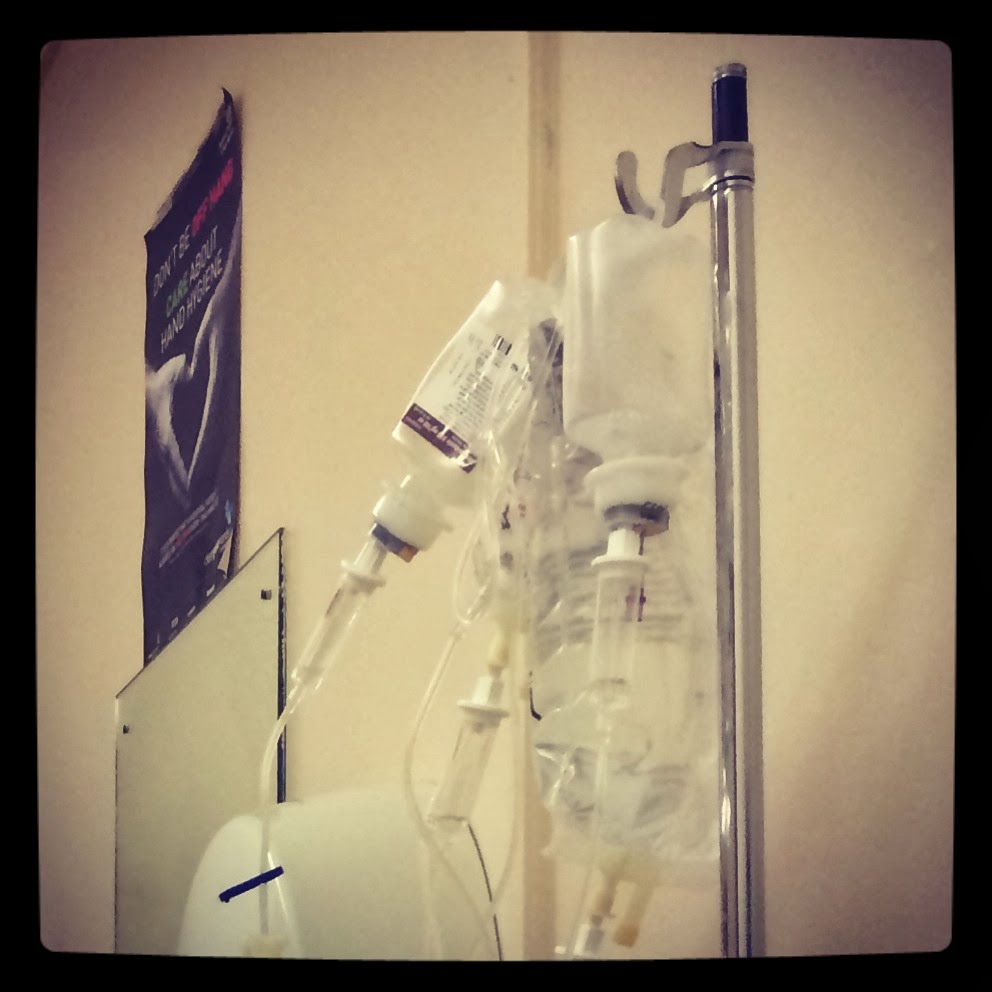 It's all been a bit quiet in my house for the past week or so since a nasty bug attacked my throat and rendered me, well silent.

My friends and family teased me - normally garrulous but rendered speechless.  One of my closest friends upon realising I really was quite ill consoled me with the promise that she would not make fun of me while I was poorly but once I was fully recovered she had a million jokes to make at my expense.

A nasty bout of tonsillitis was bad enough but as the week went on and I became more listless and my throat became more painful, followed by my face and neck and ears and my whisper turned into a mime I started to really worry.

I visited the GP once, twice and was told it was a Quinsy - an abcess on my tonsils. They prescribed antibiotics. First Penicillin then the stronger Pencillin VK. Final words were; "If these don't work overnight head for A&E....."
I debated going straight to hospital instead of waiting but decided to do as I was told.

A restless night with worrying symptoms followed - no sign of improvement in the swelling growth in my throat so first thing in the morning I headed for my local hospital with a friend. I urged my husband to go to work as normal.

The triage nurse took one look and I encountered my fastest ever transit through Casualty winding up with a double cannula and my top replaced with a gown for fast rescusitation access. Hmm. Not liking the way the scenario was panning out.

I considered asking my friend (who also happens to be my priest) if she had bought her Last Rites kit. I really wasn't feeling good and finding it hard to swallow even sips of water or in fact even my own saliva.

At this point all I had eaten for days was one soggy Weetabix. However my diabetic blood sugars were rising fast, followed by my blood pressure which was in triple figures all round.
I was informed an ambulance was being summoned to take me to the John Radcliffe Hospital which has a specialist surgery unit. My friend who had afternoon commitments wavered and before she could offer to cancel her work plans and come with me (as I knew she would) I insisted I would be fine going alone.

Within minutes of arriving in Oxford, while my room was still being prepped a doctor came to look me over to prescribe more pain relief. He saw the size of my Quinsy (which sounds quaintly Victorian but is in fact un-quaintly revolting) and declared it "massive!" and immediately started assembling a worrying looking kit of sharp things.

I asked if we could wait for my husband to join me at the hospital before he ventured down my throat with the sharp things. He said no. There was apparently no time for any form of anaesthetic apart from a quick squirt of lidocaine numbing spray. Which was useless since his aim was a bit rubbish (probably because I was doing my best struggling cat impression!) and merely numbed my tongue making me feel even more panicky.

What followed I will not share in graphic detail. Imagine if you will the type of situation where you have to administer nasty medicine to a cat, or clip an animals toenails. You kinda grab it and treat it as fast as you can before it wriggles away yowling. Yup. That was me. The doctor struggled on through a frankly embarrassing display of sheer panic and I do believe at one point I had a death grip on his arm as I fought against my "fight or flight" instinct. It was not pleasant. The abcess needed to be aspirated. It was aspirated.  It was not nice. It was gruesome, painful and messy. 'Nuff said.

Then followed bottle upon bottle of different antibiotics and steroids via IV to prevent a variety of infections above and beyond the one I already had. In extreme circumstances Quinsy can be very dangerous, even fatal. Even after the brutal treatment designed to give me initial relief and the ability to breathe I really didn't feel at all well. Hour upon hour though the marvellous medicines worked their magic. I started to regain my voice (sorry folks!) I started feeling hungry again.

And now I'm back! Not quite 100 per cent but getting there. And so grateful to everyone who offered love and support through the social networks, through practical help and through texts and messages. And for the first time bloggers were right up there,  reacting just like my "real life" friends - sending lovely messages and virtual hugs.  It was humbling to know so many people seemed to care. It really did help me "Get Well Soon" so thank you.

And:
to my friend who kept me company all day before I went into hospital because she was worried if left alone I might suffocate

And to the poor doctor who had to poke sharp things down my throat and put up with me not being brave- Thankyou!