on August 18, 2014
Earlier this year I had three cats. Badger, adopted from a friend of a friend who was emigrating, and Oscar and Tilly rehomed to give relief to their owner who turned out to be allergic to cats but had been terribly stoic for her daughter who loved them - until she left home and couldn't take them with her.

I have always loved cats and these three mature characters were beautifully calm, always up for a bit of fuss and strolled around in that haughty, slo-mo fashion only older cats can pull off. You could almost hear them:"Oy, peasant. Where's my food?"

But tragically we lost Tilly and Badger within the space of a week to two separate illnesses. I was distraught - children were really upset and poor old Oscar didn't know what to do with himself. He just wandered round looking for his mate and his sister, crying.

I asked advice of the vet - would new cats make Oscar worse or better? We tried a few of her tips but he still seemed wobbly.

Then, fate took charge with a phone call. Another friend had a relative who had taken on kittens but needed them rehomed. Could we help?

We thought carefully for a while - kittens are hard work and we worried they might be too much for Oscar. But the children were very keen and I'm a sucker for a small bundle of purring fluff so last week they moved in.

Jack and Max were soon renamed - our neighbours have children with those names and I didn't want to be bellowing out of the door only for the kids to come running. So Felix and Jasper as they are now known are settling in nicely.

Felix is startling like Badger to look at - the children initially wanted to call him Badger Mark 2 - and he's a proper Tom kitten. He's into everything and loves to pounce on anything that moves.

His brother Jasper is bigger but slightly calmer - usually the first one to fall asleep after playtime. They love to curl up together on the windowsill, heads resting together. Awww!

And Oscar? We were careful about introducing him to the kittens. We contained the kittens in one room for a couple of days giving Oscar the run of the rest of the house and access to his food and the cat flap.

After a few days we opened the door to the room the kittens were in when Oscar was scratching to be let into it then when Oscar came in to investigate we stayed close. (Hissing and hackles are to be expected and fine but you don't want the meeting to escalate into a full scale cat fight. You can put kittens into carry basket if you are nervous and let your older cat approach and sniff through the cage door but we found a large room with plenty of places to escape to and an open door worked fine.)

Oscar and Jasper hissed at each other during the first few encounters (Felix hid) and Oscar stalked off but is now tolerating his lively housemates with the occasional hiss but in a bid (we think) to remind us he is top cat he has upped his loving offerings of dead rodents in frequency and size - we have even had a couple of large rats presented to us this week! It might be a coincidence though - the field behind us was recently harvested so I think there's a lot of disturbed furry beasties running about without the cover of wheat to protect them!

We now are at the point where they all three cats can eat in the same room and there's a wary truce with hardly any hissing. 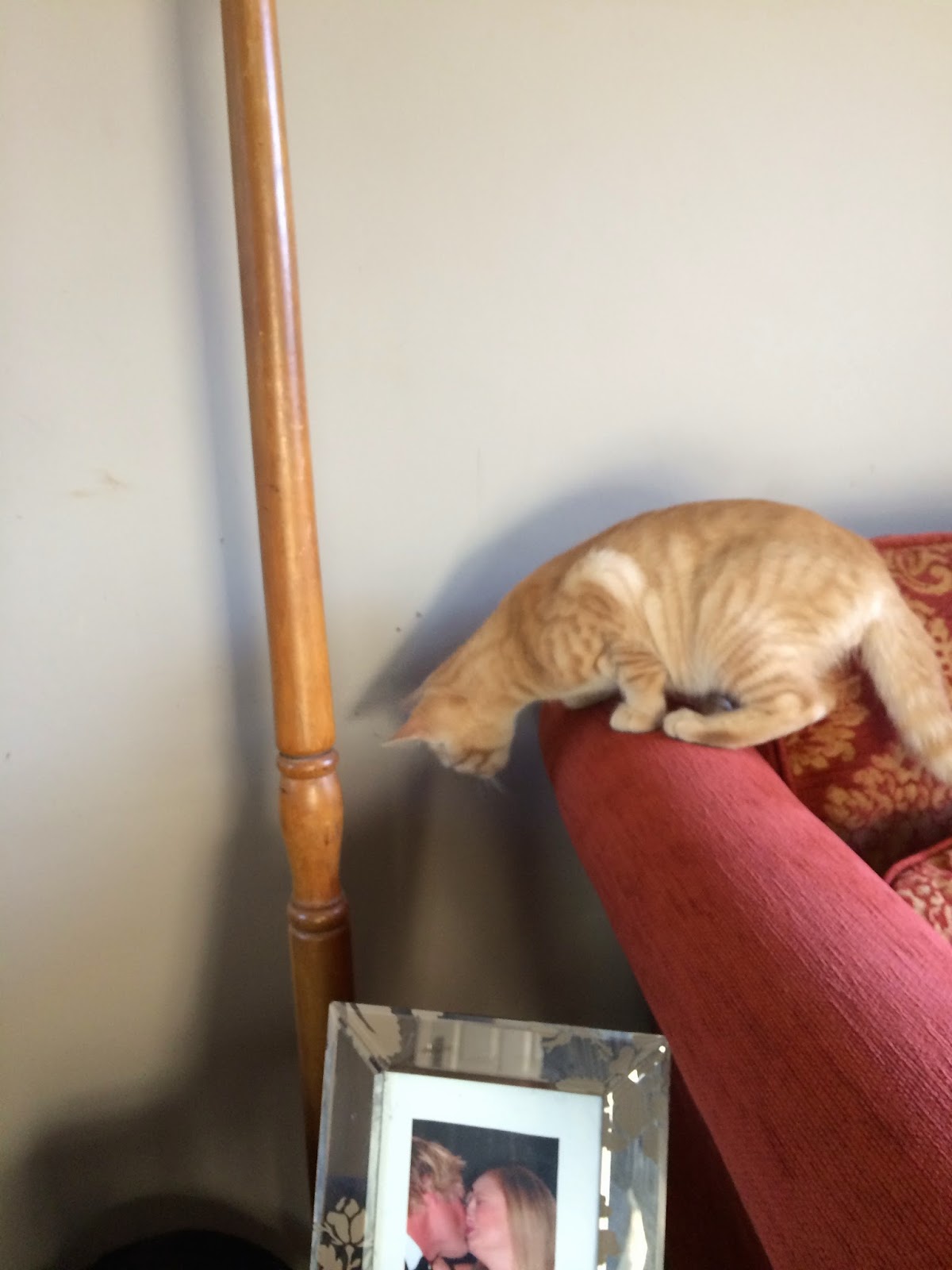 We are having lots of fun watching the kittens playing and not too many scratches so far. The children have been very good at understanding that they have to leave them alone when they are resting - and even better at entertaining them with a variety of toys when the kittens are in a playful mood.

The older children have even been good about helping to sort out the litter tray - I will be very glad when they graduate to the great outdoors for their toileting! Nothing says " Welcome to my Home" like a freshly used litter tray. Thank goodness for air freshener!

They have been here a week now and seem very settled and even DH who was the least keen on the idea seems to have a soft spot for them. I think he especially loves it when he's late for work and they "help" him tie his laces.

A reminder to anyone thinking about getting kittens though - they ARE hard work, they are disruptive and destructive and they do have sharp claws and teeth so if you have very young children or work long hours out of the house I would think twice! 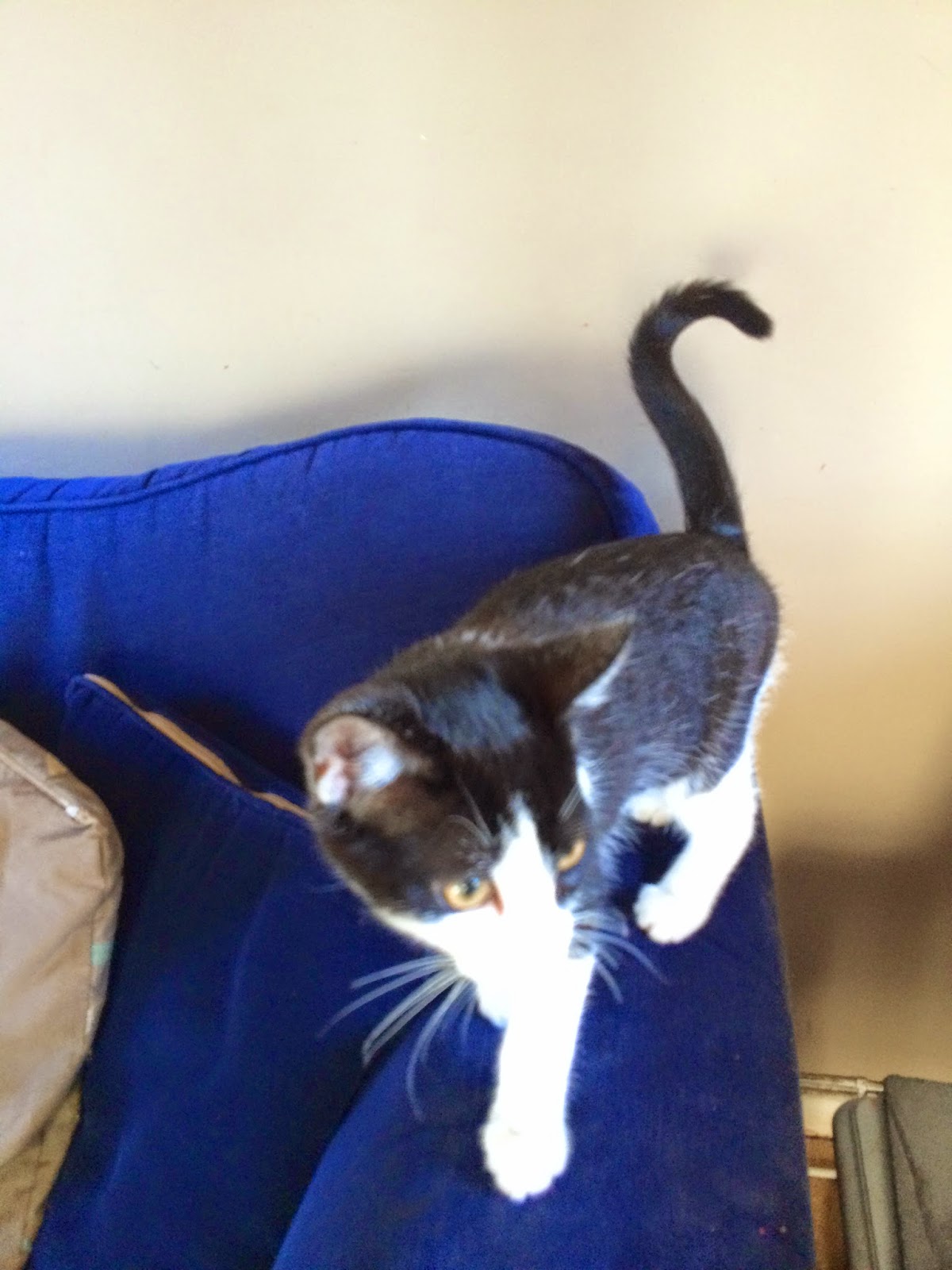 This post is link to #whatsthestory hosted by Charly at PODcast and #magicmoments hosted by Jaime at The Olivers Madhouse.