on September 03, 2014
How can it possibly have been six years since I was spending yet another day in hospital pregnant with my seventh child feeling as old as Methuselah after realising I had bras older then some of the other preggos on my ward?

I had been admitted at my 36 week appointment after they discovered a number of minor niggly anomalies. Then they realised that baby was lying transverse and due to some hospital rulings I had to stay on the ward until the awkward so and so moved or was born.

Long story short, I spent a month (including most of the school summer holidays so y'know, every cloud and all that) in hospital pretty much confined to bed.

Without my friend Tracy who pretty much moved into my house to look after my children, and Carole who I met on my ward who was there as long as me for the same reason I would have gone even madder than I am already.

Fast forward six years and my "baby" is starting year 1 - because of his birth date he is most definitely the oldest child in the school.

He shows no signs of the severe breathing difficulties he suffered at birth which necessitated a swift transfer to the SCBU (special care baby unit) and a scary couple of weeks while they weaned him from ventilator to CPAP (continuous positive airway pressure) with the help of some surfactant for his little lungs.

He wasn't prem so the docs believe his problems were possibly caused by my diabetes. Whatever - his lungs work just fine now and he seems to have suffered no long term problems! Well - he's odd but we think that's just a family trait.

So - his 6th birthday was this week. I couldn't face having a party in my house. Yes, I am indeed an unfit mother and the thought of herds of over-excited children racing round my small home fills me with horror.

The garden? Nope - we have renamed the garden "Trenchworld" as we are working on the slowest extension ever and so far we have only got as far as digging the foundations for our conservatory. Unless I get lots of paid work (anyone?) or there's a builders merchant out there who fancies supplying me with about £250 worth of cement and/or bricks in return for lots of publicity, work has stopped while we save up for the next stage.

Paying for a hall was not an option (see previous paragraph!) so instead after establishing that the weather was going to be lovely yesterday I raced round the parents of children in his class and invited them to join us at our village playground after school for play and treats. 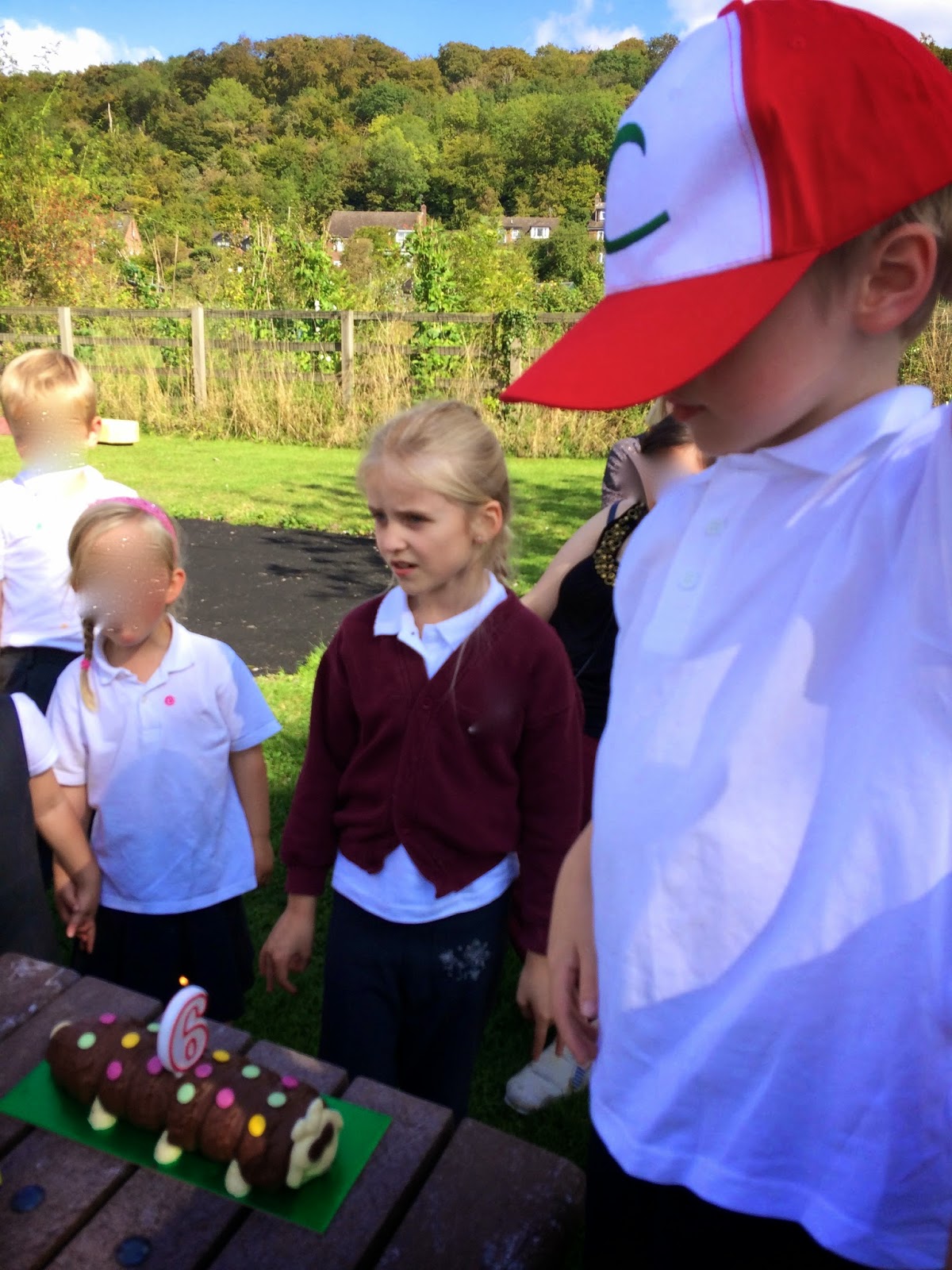 I bought crisps and cakes and biscuits and filled some vintage glass bottles with water and two types of squash and laid the "feast" out on a picnic rug in lovely vintage-style enamel bowls.

As well as the friends I had invited loads of other children obviously turned up at the playground as everyone fancied a sunny runabout after the first day back to school but luckily I had anticipated this and catered accordingly - but still spent less than £10 on all the food!

Grumpy was blown away - he believed they were all at his "party" especially when they all gathered round to sing happy birthday. Lots of people bought little gifts and he had lots of fun unwrapping them when he got home for a "proper" tea of his favourite food - pizza.

I had the joy of returning to a home that was only at its usual levels of mess without any cake ground into the carpet and nothing broken. Result! Feel free to pinch my idea.
birthday party ideas for children CPAP diabetes Family life hospital maternity Pregnancy special care baby ventilate baby