T is for Traffic Jam - The Alphabet Photography Project

on September 24, 2014
So, tired and emotional we are heading north on the M3 after dropping one of our children at Uni when ahead of us in the traffic jam we were sitting in we spotted this......... 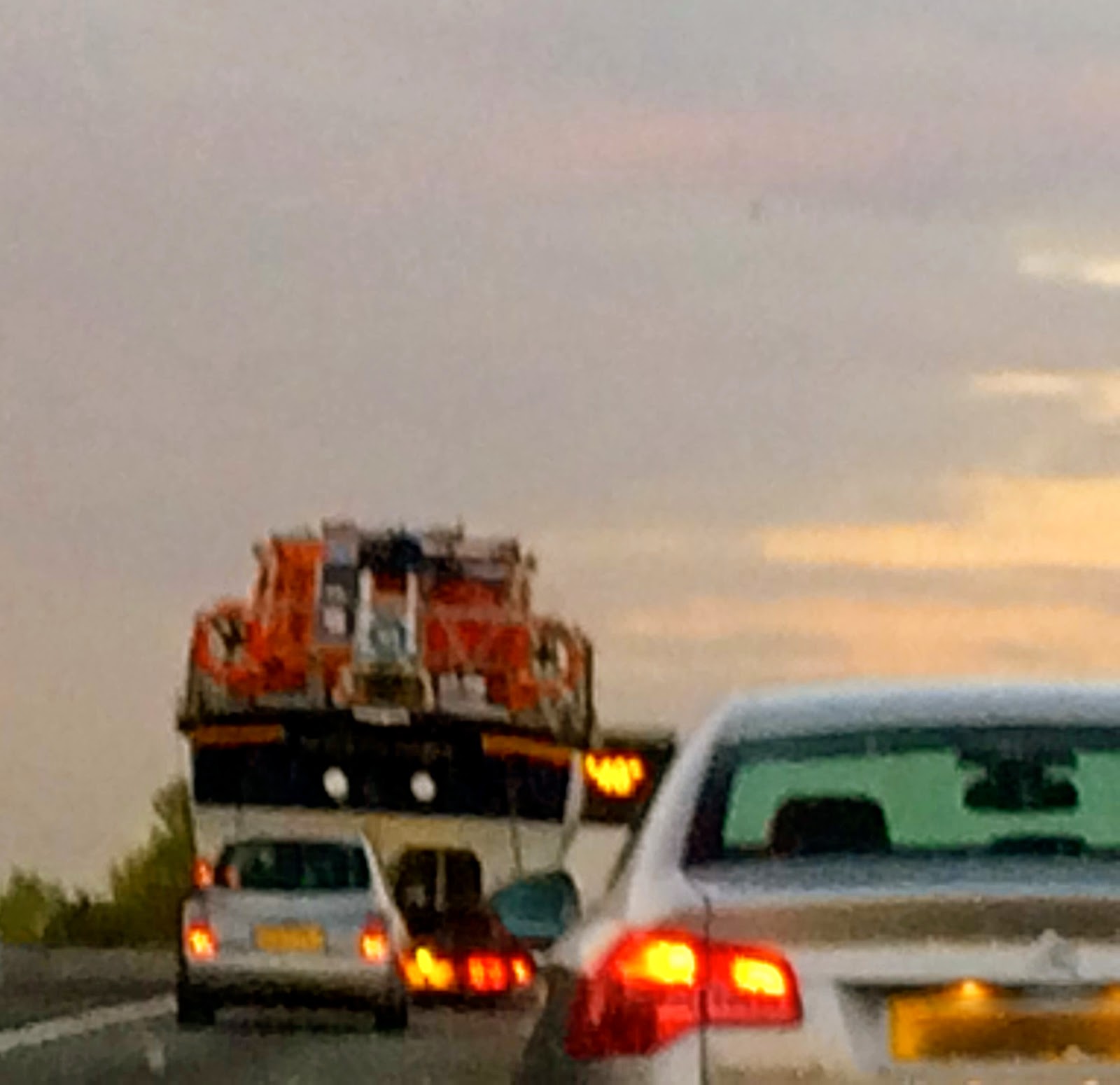 Yes - a lifeboat which for a while looked like it was floating along in the "slow lane" of the motorway until we drew alongside and saw of course it was on the back of a lorry.

This lifeboat looked brand new  and had "Newcastle Lifeboat" painted on it - it was a long way from home so we wondered if it had been built in Southampton or maybe had been on display at the boat show which was held there at the weekend.

I got a couple of other shots - one which makes it looks like it's zooming past us! 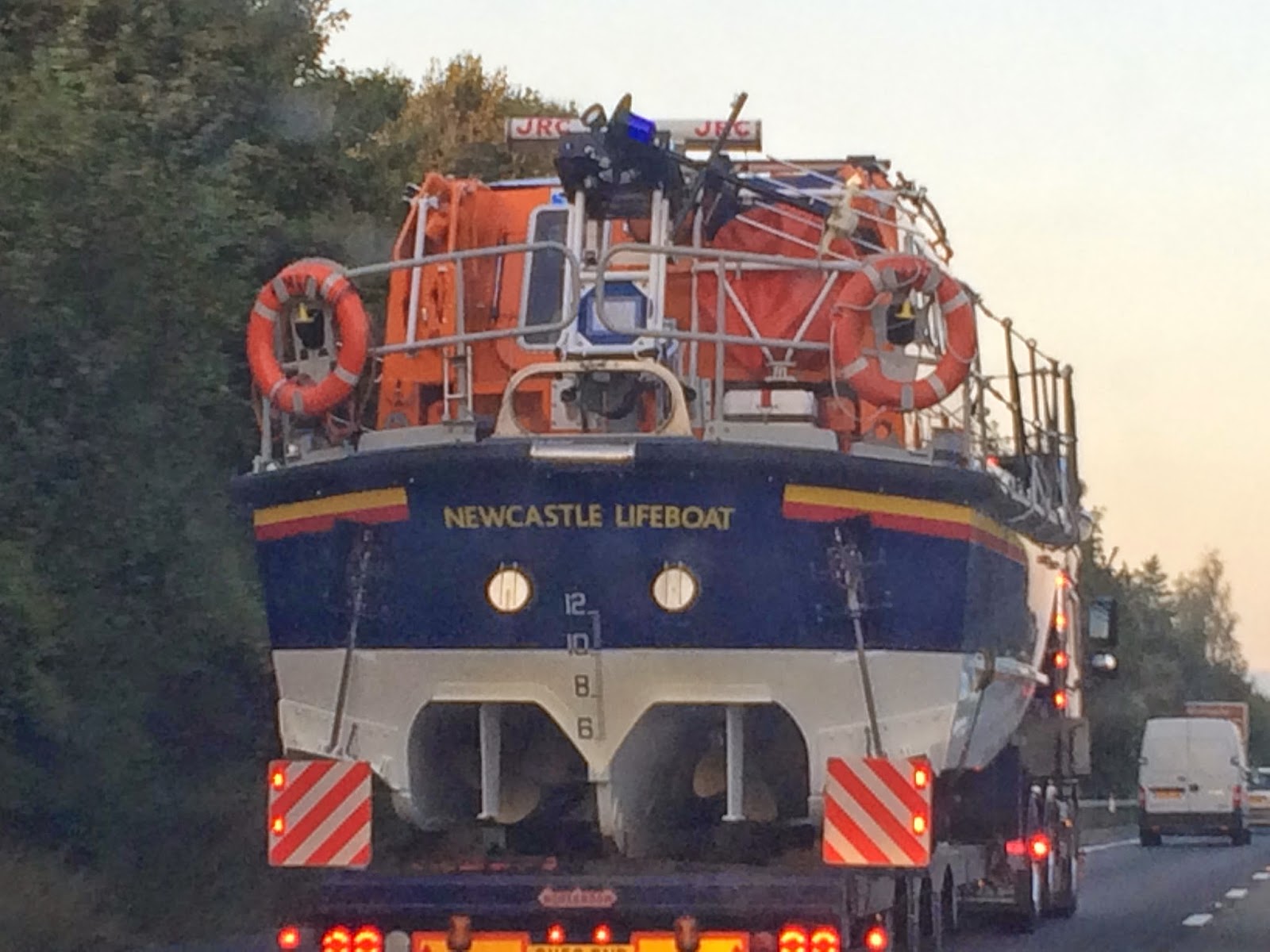 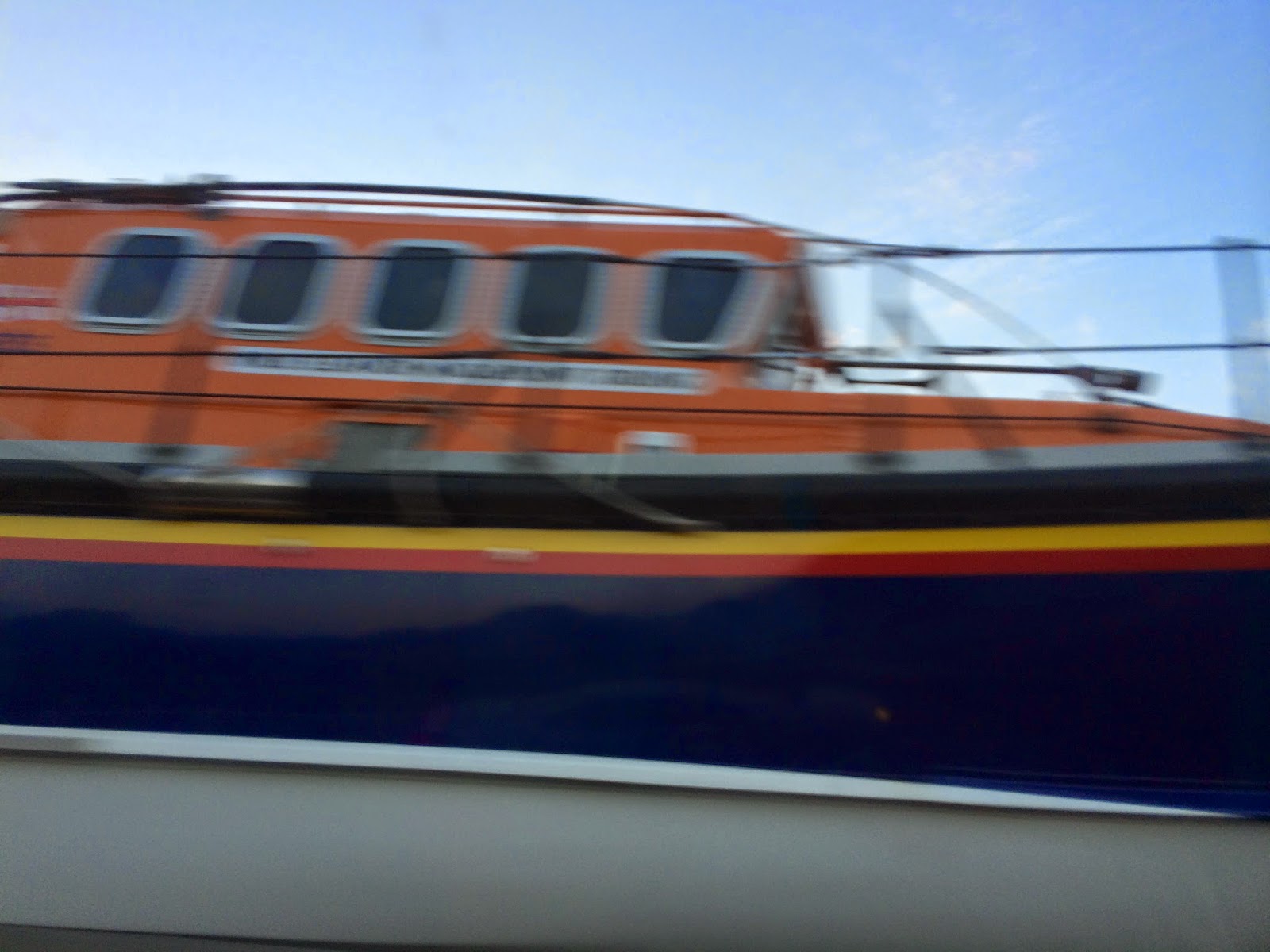 I love spotting odd things on the motorway - once we saw a giant bear on the back of a lorry and once I even posted Elvis in full show gear on the hard shoulder. What's the most unusual thing you've ever seen while driving?