on January 12, 2015
AS a child I was never that bothered about the whole Disney thing. I watched the classics - Dumbo, The Sorcerers Apprentice and of course (my favourite at the age of 9), The Cat From Outer Space.
Then in my early 20's I met my future husband and after a swift courtship and engagement he asked me to join his family (who I hadn't met yet) on a holiday to Florida which had been planned before he met me.

I was a bit cynical about visiting the Magic Kingdom, could not think how it might interest a jaded journalist, but went along anyway.

His family were ridiculously keen to head over to the theme park as soon as possible after arriving in the US and I recall looking longingly at brightly lit restaurants as we headed off to watch some parade they were determined to see.

We parked and they decided to get to the Park on a steam paddle boat. We were cutting it fine to find a good spot to see the parade and I was stressed and tired but when we were halfway across the lake suddenly we heard fireworks.

I looked towards the sound and as I watched the fireworks pop and fizz over the famous castle all my cynicism melted away.

It was like the trailer at the start of the Disney movies I had watched as a child - I fully expected Tinkerbell to fly round and tap her wand at me. And that is why they call it the Magic Kingdom I expect - I was transported back to the carefree days of childhood with just a few fireworks and a cleverly proportioned fake castle. I have been a huge fan ever since. 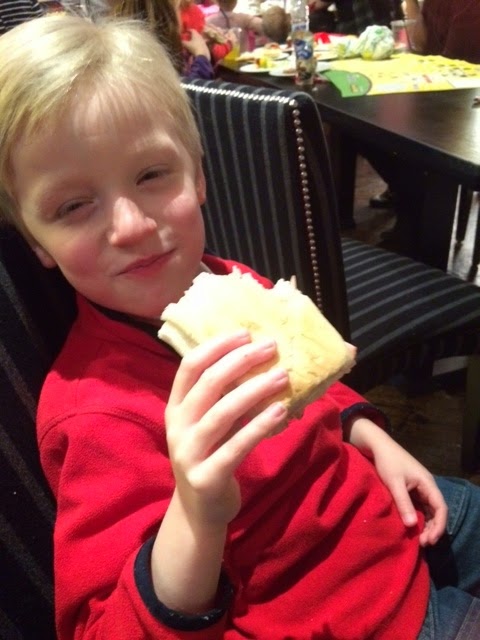 My children are full-on Disney fans. Grumpy in particular loves everything from the ancient remastered Mickey Mouse cartoons right up to modern Mickey Mouse Clubhouse.

There was so much to do at the party! Hungry after their early start my three youngest children were among the first to fill their plates with red velvet cakes with Mickey Mouse head-shaped toppers, Mickey cookies, fruit kebabs and of course a sandwich, drink and treat from the Subway Kids' Pak range.

Here are details of what the Kids' Pak menu consists of in store:


Children can choose from our range of 4-inch Subs with a Capri Sun Fruit Crush or water and BEAR Pure Fruit Yoyos. There are four menu options: Ham†, Turkey Breast*, Beef or Veggie Delite® to choose from, so kids can pick what they want and choose their own filling.
Ham† and Bacon are substituted with Turkey Ham* and Turkey Rashers* in Halal stores. 2 of your 5-a-day is achieved by choosing both the BEAR Pure Fruit Yoyos and Capri Sun Fruit Crush as part of your Kids' Pak™ meal.
*Reformed meat. †Formed meat. 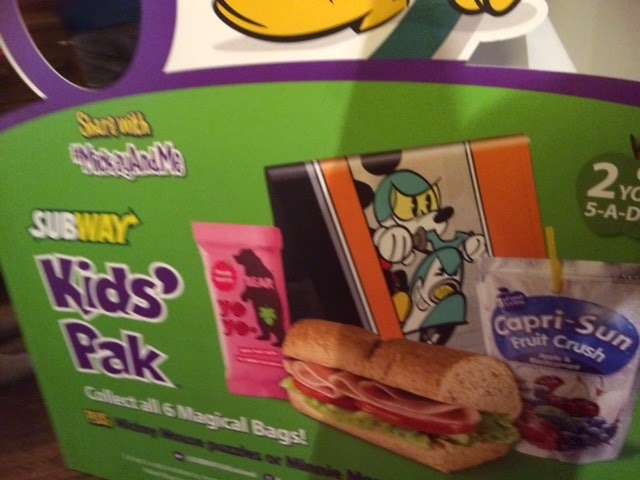 The Subs at the party were ready prepared so we did a bit of de-salading for Grumpy but DS and DD loved them complete with lettuce, cucumber and tomato. We have never been to Subway but they are really keen now to visit and create their own sandwich.

They all went back for seconds and DH realising he was not going to be able to finish up their leftovers like he usually does guiltily helped himself to a couple of Subs proclaiming them "very tasty".

The highlight of the event for my 8 and 9 year old children was a sketching class run by an actual Disney illustrator. DD in particular proved to have quite a talent for following the speedy instructions from the artist. I had a go too and was quite pleased with the results. 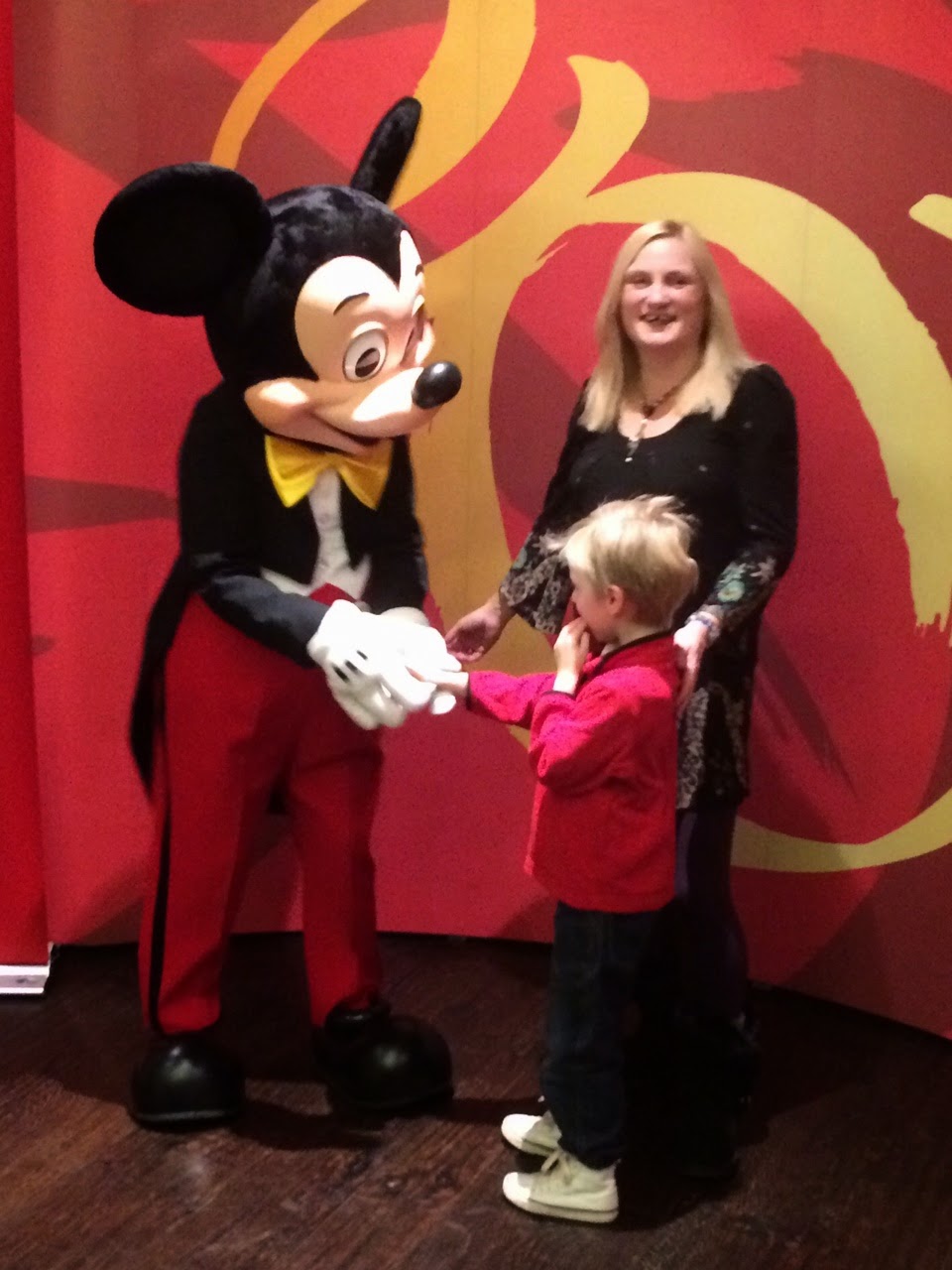 Grumpy's best bit came when, after learning the Hotdog Dance as seen on Mickey Mouse Clubhouse the actual "real" Mickey came to dance with the children and pose for photographs.

We have never taken the youngest three to any of the Disney parks (the older four went to Disneyland Paris years ago) so this was the next best thing for him. If only Buzz Lightyear had joined Mickey his lifetime ambition to meet his two favourite characters would have been achieved!

As it was he asked to go back and meet Mickey and have his photograph taken a second time - although he looks a bit, well, grumpy in the picture he was really just a bit shy and in awe of his favourite mouse!

We left with a fabulous bag of treats (including a Mickey Mouse soft toy for the ecstatic Grumpy!) and a newfound respect for Subway - I always thought it was the place office workers went to grab a quick lunch but will now definitely try it with the children who loved the Kids Pak meal.