How to make your husband happy - take him to Specsavers.

on January 08, 2015
I knew I was taking a risk with this project. My lovely husband constantly tells me I am gorgeous and I constantly remind him that he is blind as a bat. Getting him decent glasses ran the risk of him taking one look at me and shrieking in horror at the progress of my wrinkles in the last decade.

We had put off visiting an optician for years dreading a sky-high bill for his complicated prescription but as the piles of broken and pretty much useless cheapy-shop reading glasses grew around my house I knew we could put it off no longer.

Apart from anything else I had become increasingly aware of how vital it is to have a proper eye test. My Dad was treated for cataracts last summer, my Gran has glaucoma and my diabetic eye reviews are unpleasant but obviously unavoidable as proved by another diabetic friend who had to have a couple of surgeries last year. 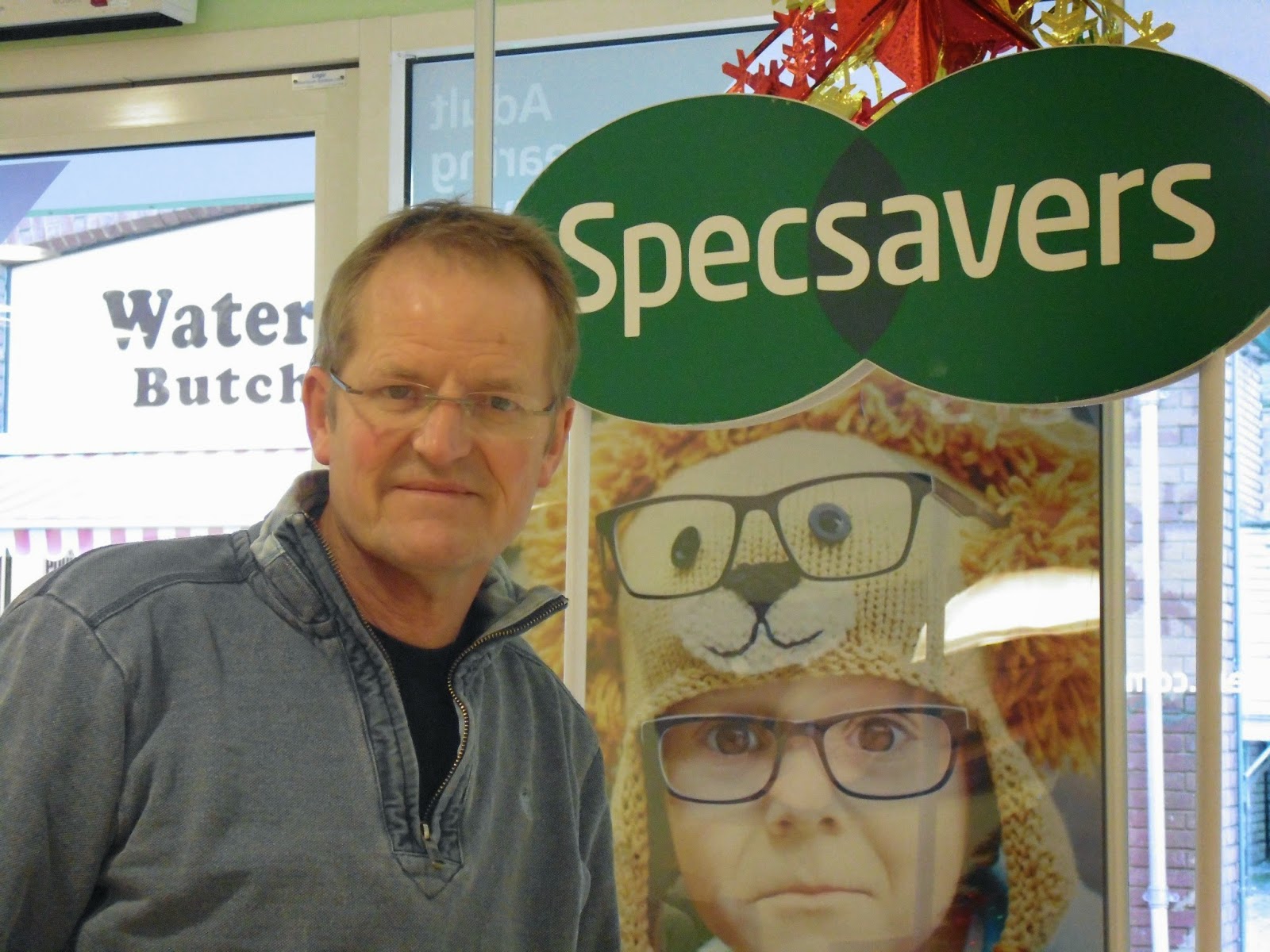 Our nearest optician is Specsavers in Tring and I had taken my children there originally on the recommendation of a friend whose child had been wearing glasses since he was tiny.

It's convenient and has comprehensive and lengthy opening hours including special weekend appointments for children.

My 9 year old wears glasses, my 8 year old daughter did for a year and then didn't need them any more and I had been kitted out with a pair of cheap-as-chips anti-glare frames for working on my laptop by the team at the Tring store just over a year ago.

We knew my husband had a number of issues with his eyes. Up until our visit to Specsavers he was carrying glasses for reading, driving and distance in varying strengths so he was hoping for varifocals. I was in agreement as I was fed up of having to wait for him to fumble in his pockets or go searching round the house to find the "right" pair of glasses every time I wanted to show him a funny picture on my phone or Grumpy's latest art work.

Specsavers were offering free eye tests in December (many people, including children and diabetics are entitled to free eye tests anyway or it costs about £10) so we went along just before Christmas.

Did you know that with Specsavers you don't just get a simple eye test? Their specially trained technicians check all aspects of eye health including peripheral vision and for glaucoma, tumours and other conditions including high blood pressure. I read a story in the newspaper only last week about a woman whose optician spotted a problem and sent her straight to hospital saving her sight!

So DH had his initial eye health tests- all fine,  followed by a sight test. The optician agreed that varifocals might suit him so we moved on to the fun bit - choosing frames! 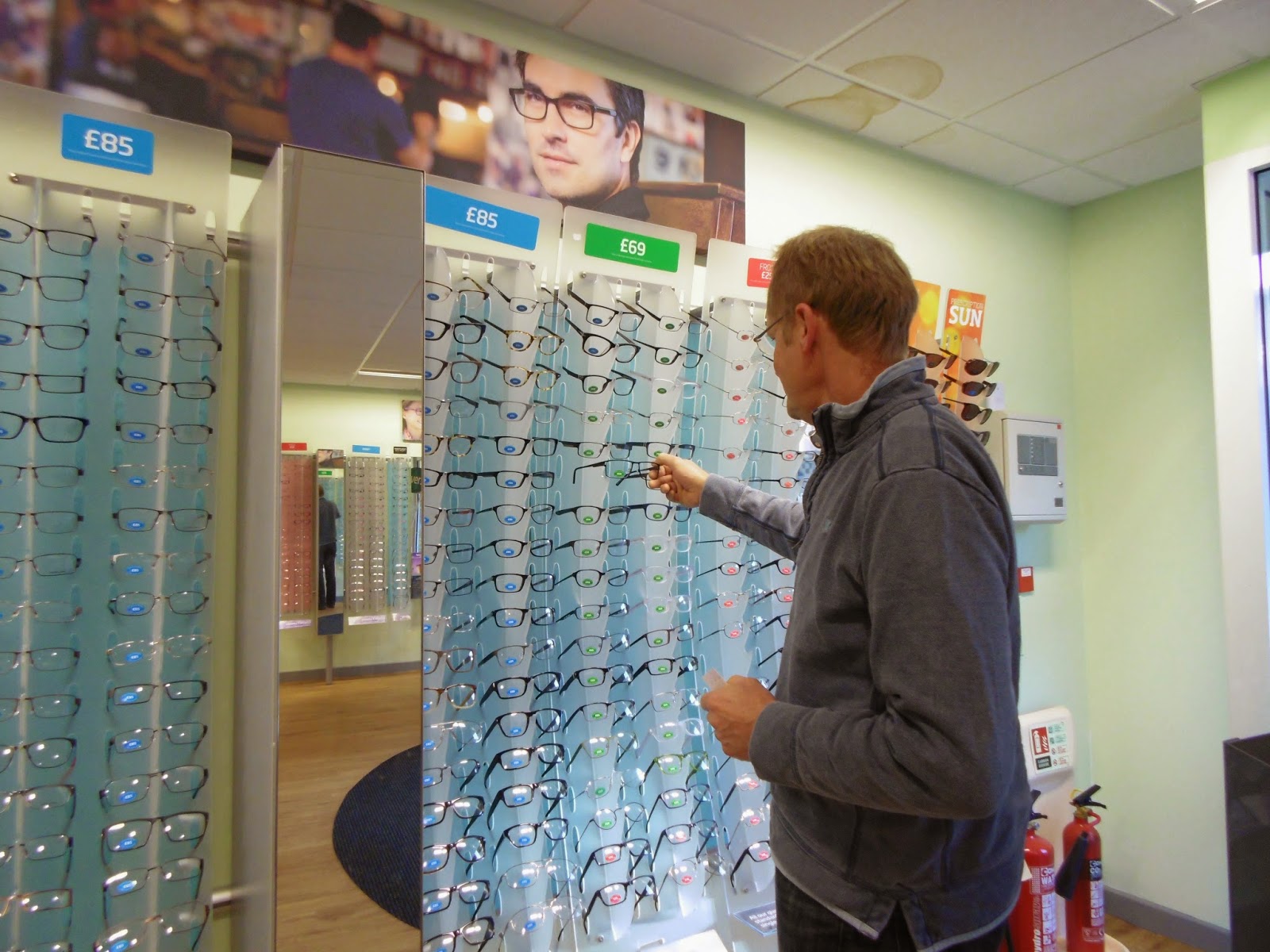 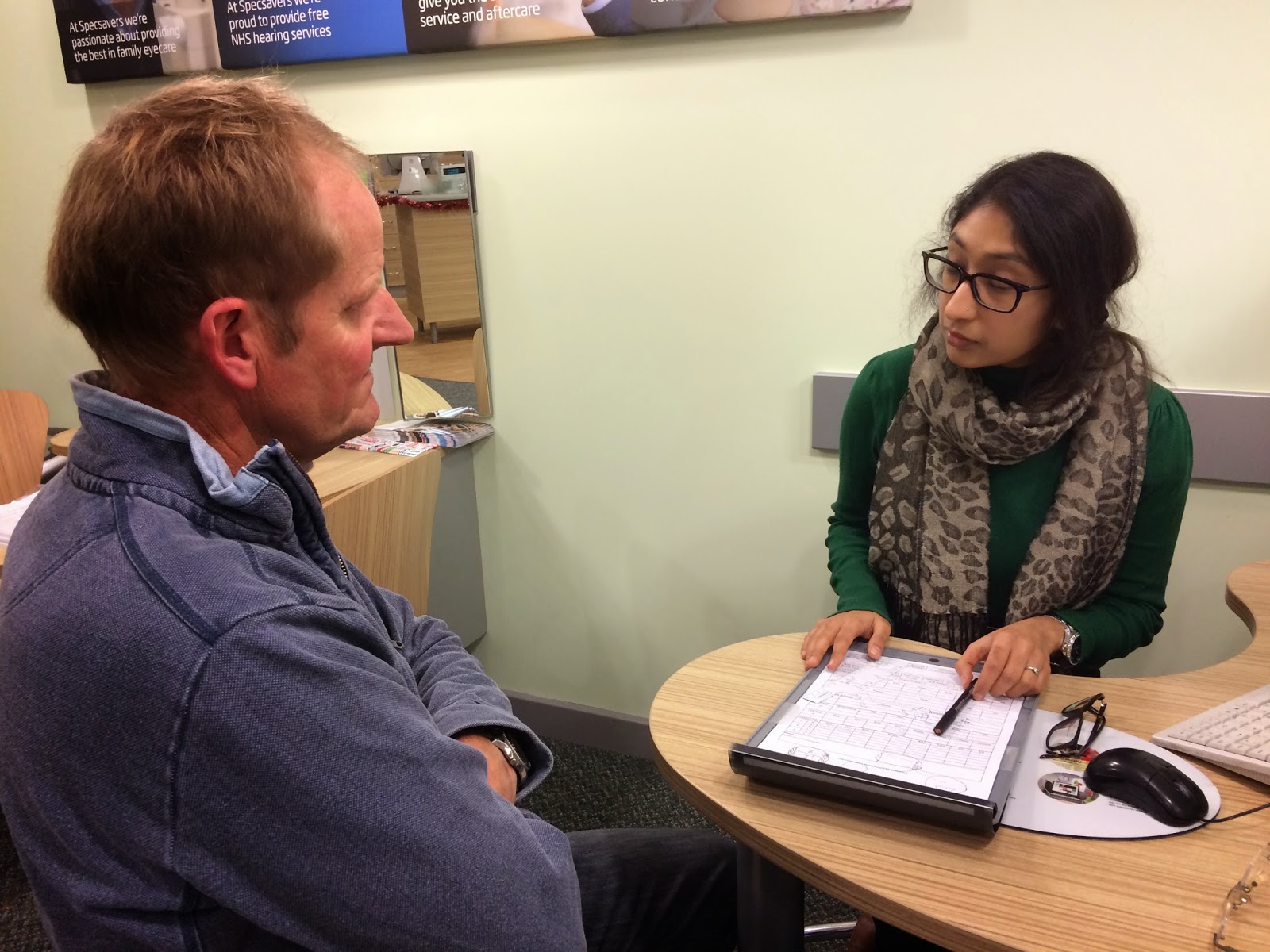 Staff members were really helpful and the Store Director suggested DH tried some frames in a design which was slightly bolder and "younger" than he would have chosen himself - we were both delighted with her suggestion. I call them Hipster-Lite!

His face and eyes were measured carefully to make sure the frames would be a perfect fit and that the varying lens areas would be in the right place in relation to his pupils.

This advice was reiterated when we went back to collect his finished glasses. Everything was explained carefully, we didn't feel rushed at all and were amazed to learn that if he really doesn't get on with them we could go back within three months and change the lenses for "normal" ones. 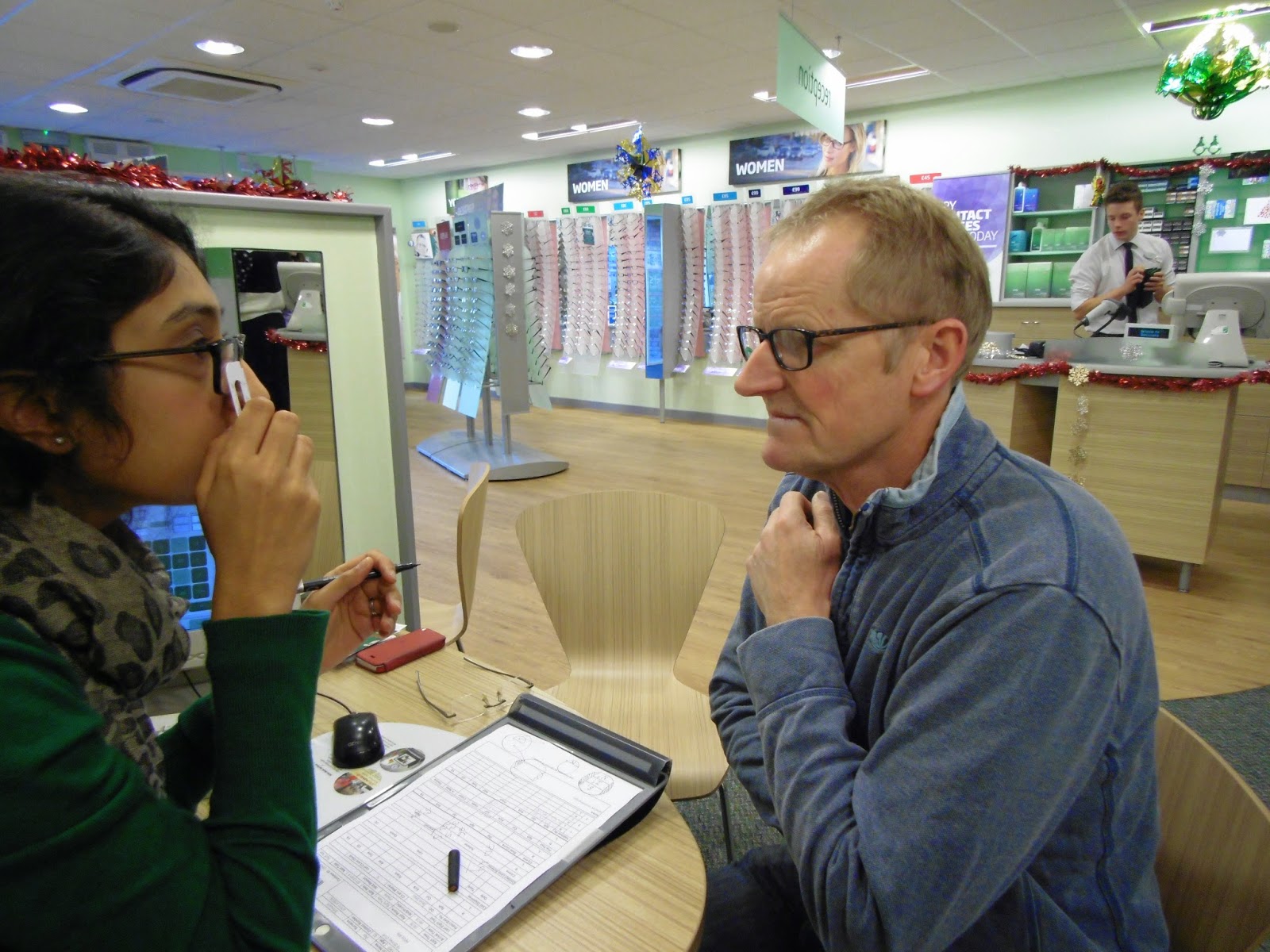 We even got a discount off a second pair of glasses (DH plans to buy sunglasses if he gets on OK with his varifocals) and the offer of a free trial of contact lenses - I didn't even know you could get varifocal contact lenses!

I cannot fault the service we received and no, it isn't just because I am writing about our experience since the staff have been equally brilliant with my son over the past two years as a reluctant spec-wearer.

And best of all, even with his new-found all round vision, DH still thinks I'm gorgeous! 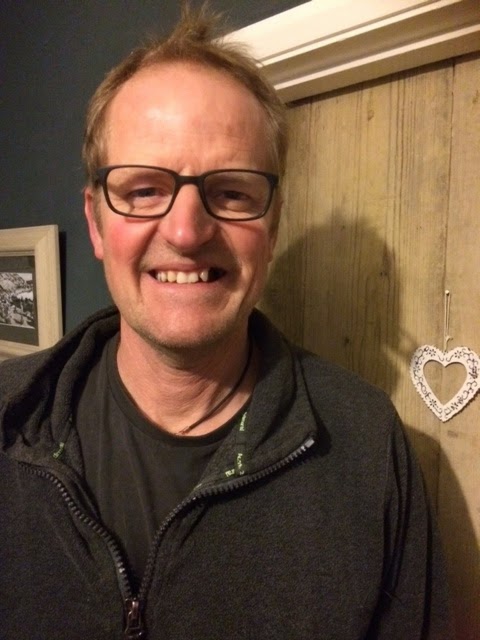 Disclaimer: We received a voucher worth £150 from Specsavers to put towards glasses in return for this review. Views and opinions remain honest and my own.