on January 02, 2015
So we decided to visit friends who have moved 3.5 hours away and oddly part of the attraction of a long drive for me is the excuse to visit motorway service stations. 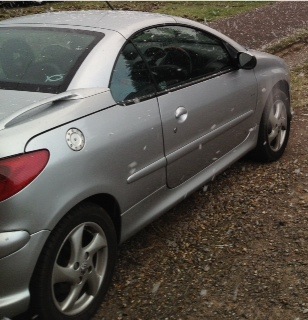 Yes I know this is odd. Yes they are overpriced but they have an air of expectation about them much like in an airport. I am fascinated by where people might be driving to and why.

I am an avid people watcher and coffee shops in service stations are among the best places to practice my hobby. My husband is always amused by the stories I invent about the possible life stories of my fellow man.

Anyway, as always I digress.

First stop (for a wee) my daughter announces she is hungry. I steer her into the mini supermarket and expansively offer her the choice of everything. (It was New Years day and I was feeling giddy with the promise of 2015).

My daughter chose mango sticks. As in mango, cut into sticks and rammed into a plastic pot. I was shocked. It constantly amazes me that even with the example of their biscuit chomping, cake guzzling mother my children actually seem to prefer healthy food.

I was shocked again when I realised this small pot was going to cost me £2.45 and consoled myself that hopefully the vitamin intake would be worth it.

Moving on an hour and my pathetically weak bladder was whining at me again and there was a Winnie the Pooh style rumbly in my tumbley so we stopped at another "services."

The golden arches beckoned, especially since the chain has reintroduced the McRib after a 12 year absence and the magic of TV advertising had worked it's dark magic - I wanted one.

Inevitably there was a queue - mainly exhausted looking parents wrangling overexcited toddlers. I was glad to overhear that most of them had been sucked in too by the promise of mangled pork and BBQ sauce.

I got to the front of the queue.  I ordered.

Now since we only took two of our 7 children on this particular road trip, ordering for once was quite simple. Normally I approach fast food restaurant counters with a system I have honed over the years. Children's meals first, 3 nugget meals, one plain cheeseburger meal, one with milk, one coke the rest vanilla milkshakes-pause-yes there is something else - three Big Mac meals, one with no cheese NO CHEESE I tell you. Pause to check he shouts "BigMacNoCheese" to the backstage kitchen crew.

Inevitably they get it wrong. We never "drive thru" without stopping to check we have everything in the bags. Then someone is sent back to the squat building clutching the Big Mac which has come out with cheese on it, or to ask for the missing drink/meal/sauce.

I was emboldened by my lack of children and decided to vary the order by adding onion rings. Big mistake. The man supervising my server (why do they have that system? Two people to a till? It doesn't appear to speed things up much) stood impotently peering at the backstage chefs who were supposedly cooking my onion rings for a while then gave up and came back to me uttering the fateful words;

"I'll bring them over to you madam."

Bless him for his optimism. I knew he wouldn't - at least not before we had all finished our meal. The queue was long and he already looked close to tears. While I waited for him to assemble the rest of our meal I indulged in a bit more people watching. I was fascinated by the one staff member whose job seemed o be to stand patiently looking at the coffee machine, only moving to push a button when someone finally ordered a coffee-based beverage. If I could have taken one of those time-lapse videos he would have been the one stationary figure amidst a blur of frantic and perpetual movement. 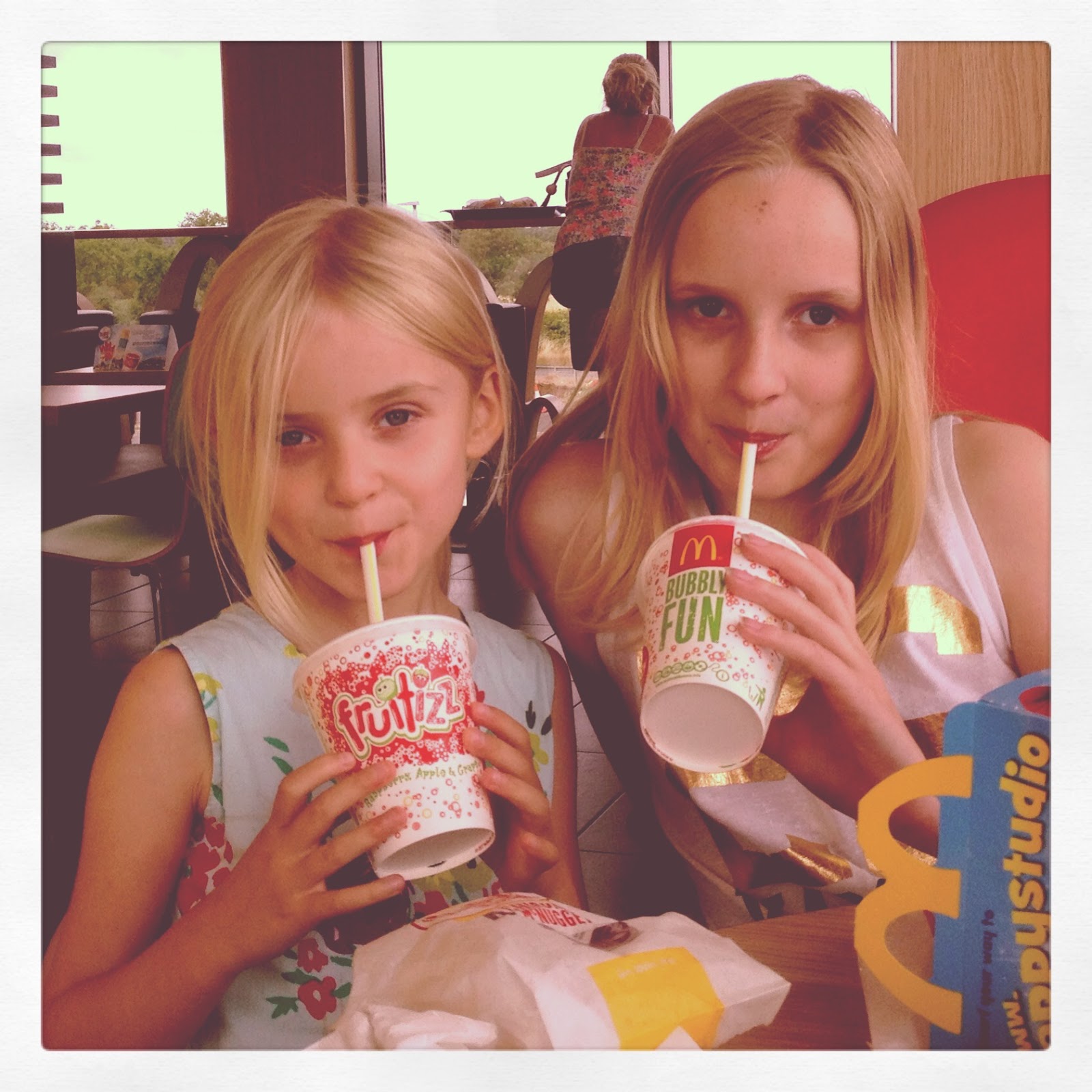 I ate my burger (actually quite lovely but that might have been because Maccies is the perfect hangover cure and I had a stinker after New Years Eve) then headed back to the sideways queue. You know, the one where people approach the counter sideways clutching burgers with a bite out of them after they realise they have cheese on, and small children asking for sweet and sour sauce .

I asked for my onion rings and bless him he had the grace to look momentarily guilty as he had obviously completely forgotten all about me.

They were predictably hotter than the surface of the sun and therefore I ate a load of calories jet because I had paid for them, instead of enjoying them as part of my meal. Will I never learn?

Popping into the shop I was briefly distracted  by a beautiful cloche hat. I was going to muse on why the service station stocked such odd things but the fact that I almost bought it kinda answered my own question.

Finally the sat nag announced we had reached our destination - hurrah! And the best thing is even after we have enjoyed our short break and have to hit the road again, we have the anticipation of visiting the service stations on the other side of the road.