on February 26, 2015
My friends love a party. Any excuse and out will come the recipe books and the wine glasses. Birthday? Party. Anniversary? Party. Thursday evening? Hey, let's party!

Give them a reason to make the celebration fancy dress and they will be even happier. Throw in a good Murder Mystery game and frankly, they are in their element.

So when my mum told me she was flying over from Cyprus I felt that was a good enough excuse for a knees-up, especially when I had been offered the chance to try out a fabulous murder mystery game from Crime Time so I rounded up the usual suspects and told them to pencil in a date for a dinner with a difference.

The postal delivery of my boxed game for 10 people (Murder at Merkister Hall) was so exciting! Packaged in a brown cardboard "evidence box" the contents included name badges, invitations, crime scene tape, an explanation of how to play, top tips about food, decor, costumes and ideas to help make your party extra special.

There was also a list with descriptions of the characters to help me decide which of my friends should play each part. Also in the box was place cards, a pack of black paper napkins with a body outline printed on and some after dinner chocolates which I decided to pop into the envelopes along with the invitations. (I  sealed the envelopes with a blob of red wax for extra drama before hand delivering them by cover of darkness.)

Also in the box was scripts for for each person - easy to follow with questions to ask and information to leak out during conversation over dinner. It even tells you not to turn the page until you are told to so no-one gets ahead of themselves! 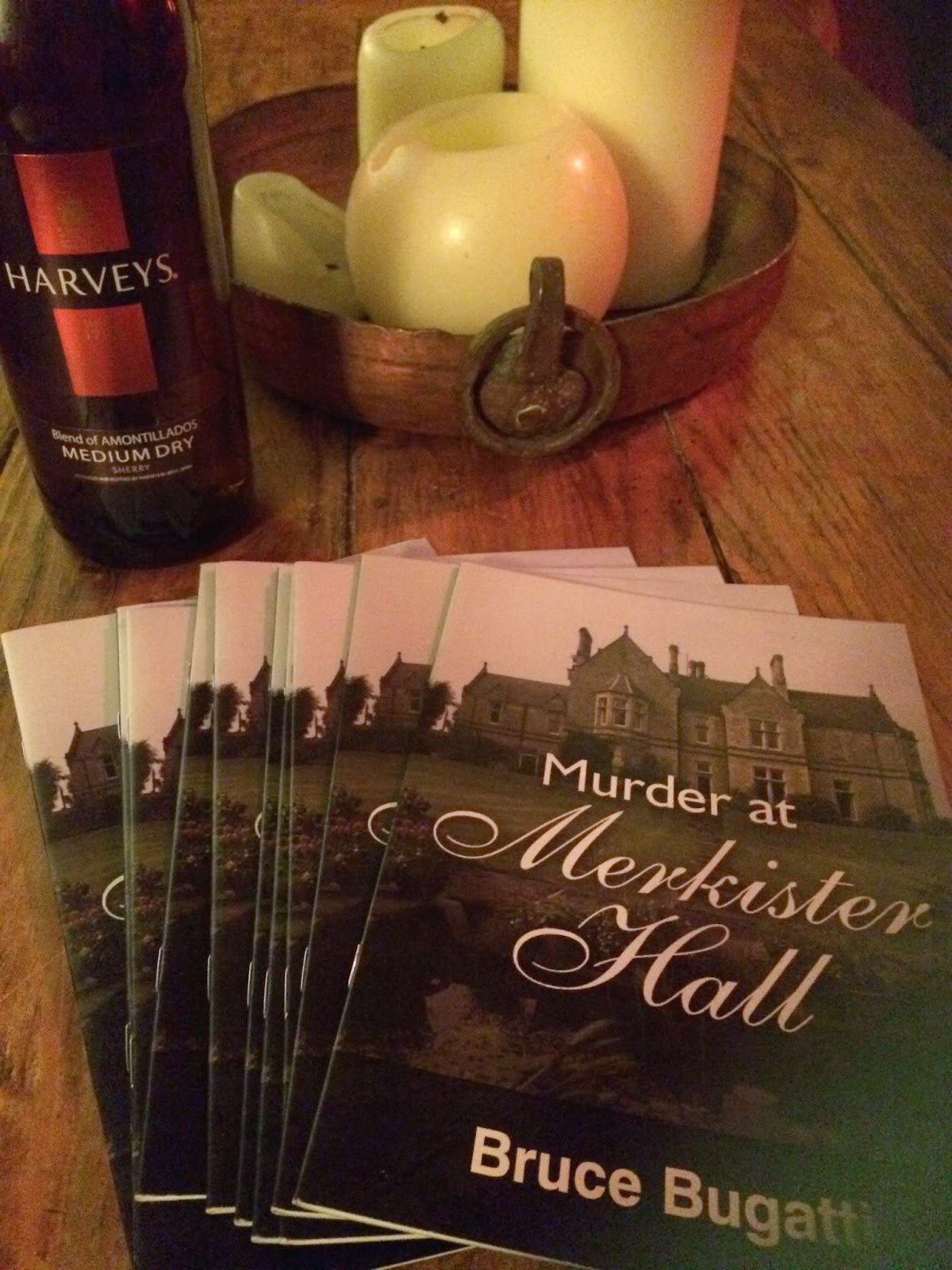 I loved that we could choose to have someone playing the detective using a script with an envelope containing the identity of the murderer to open at the end, or we could play a CD and hear the inspector, or we could use a DVD included in the pack.


We chose to use the DVD, dusting off an old portable DVD player we used in the car before the days of personal tablet computers! The inspector was hilarious and his slightly dodgy acting only added to the fun.

DVD player sorted, characters allocated and costumes sourced it was time to plan a menu which would suit the plot based in the 1930's.

I chose an easy menu as I wanted to spend as much time as possible out of the kitchen enjoying the game with my friends. I  decided not to peek in the envelope hiding the name of the murderer or watch the end of the DVD or listen to the CD so I could enjoy the sleuthing too. 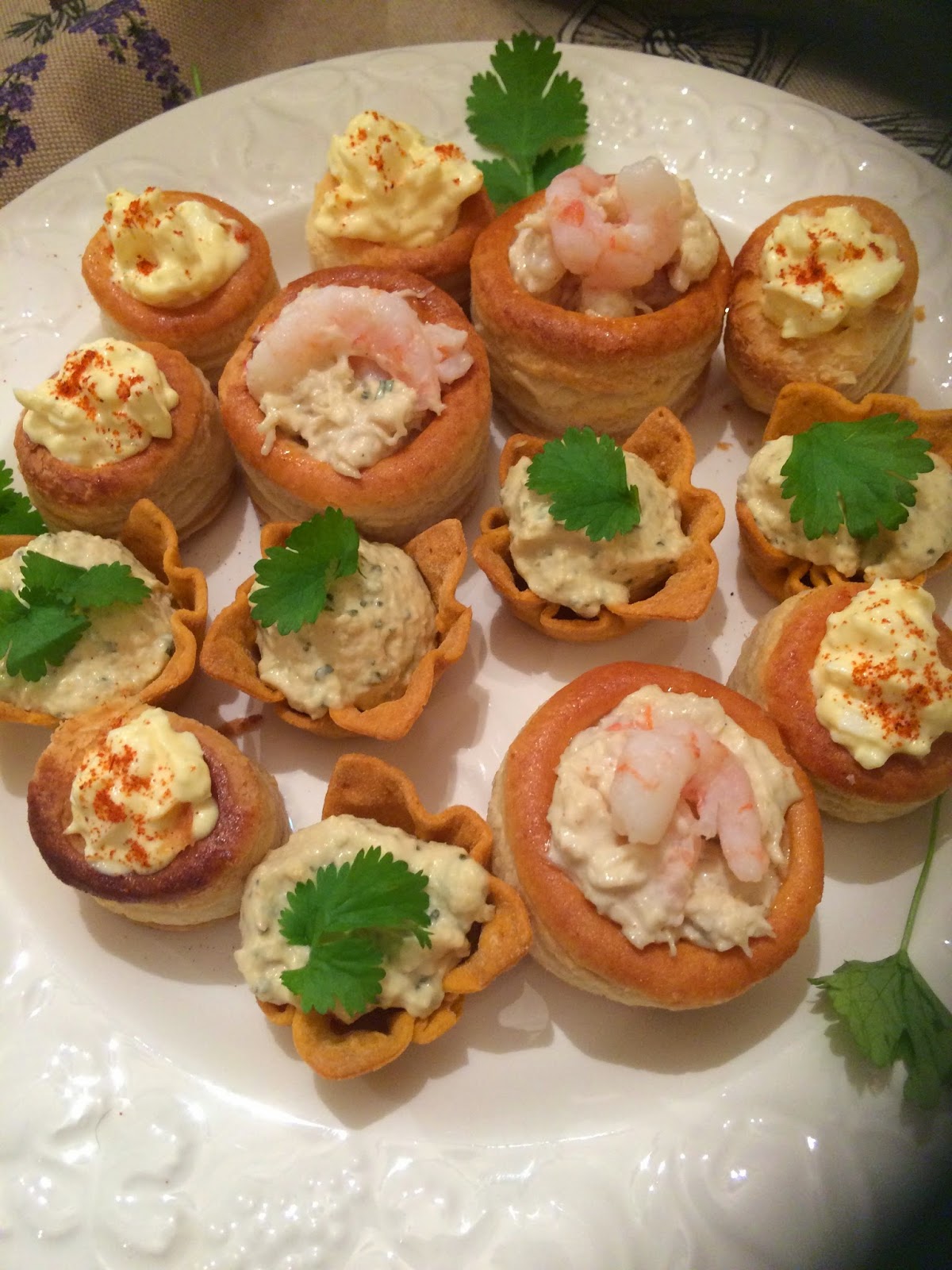 Whilst enjoying canapés (chipolatas, cornichons and vol au vents with crabmeat and prawns or egg mayonnaise- very 1930's) served with sherry or the more modern choice of Prosecco, we used our named booklets to introduce ourselves and chat in character before the inspector informed us of a death!

The rest of the party was conducted over dinner stopping in between courses to listen to updates from our DVD sleuth and to read the next part of the script.

Whilst eating we asked questions and dropped clues. It was great fun and meant my mum who might have felt left out with our usual conversations about people she doesn't know and events she didn't attend, was able to join in.

We ate chicken liver pate with a cranberry jelly topping for our starter with home-made melba toast and dressed salad.


Our second course was pheasant breasts wrapped in bacon then cooked in cider and topped with a shallot, cider and creme fraiche sauce. These were served with roast potatoes and parsnips, roasted beetroot with a honey and balsamic glaze, sprouts (we like them!) and steamed leeks.

On to dessert which had to be sherry trifle with fresh strawberries. Apparently in the 1930's serving trifle proved you could afford a new fangled refrigerator so it was very trendy at posh parties! We also offered apple pie with cream or custard.

We finished with coffees and teas, chocolates and a discussion about "who dunnit" before learning the truth from our on screen policeman. 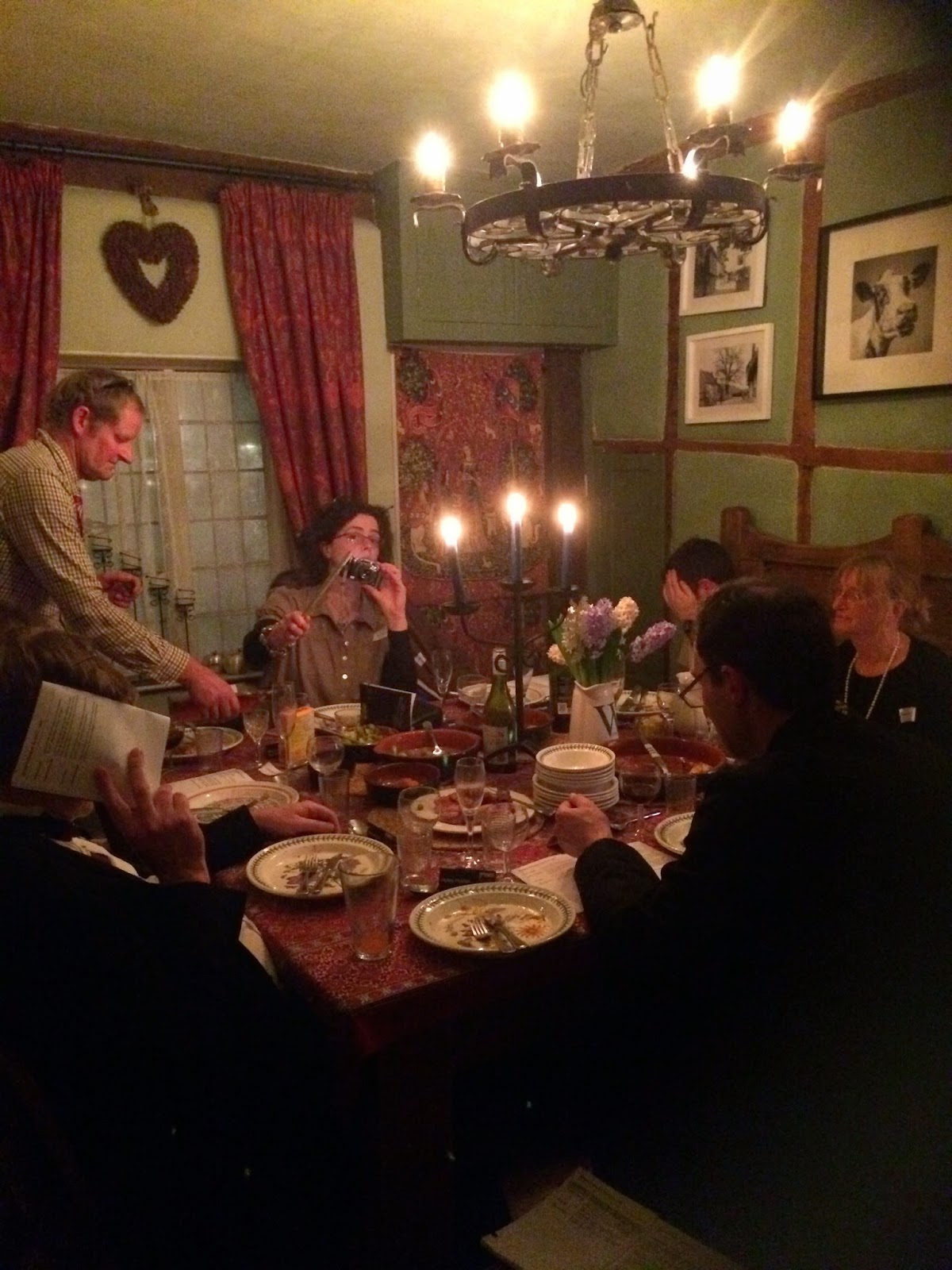 I would highly recommend murder mystery games as it's a great ice breaker if you want to celebrate with a group who don't particularly know each other.

We love dressing up but you could just supply some props if your friends aren't so keen - whatever you choose even the most shy guest should cope with a line or two of dialogue and a clear guide on what to talk about!

You can buy sets for 6-12 people in boxed or downloadable format from Crime Time and there is lots of help on the Crime Time website. For example there is advice on what to do if guests drop out at the last moment, how to run a party or what to do if you lose a booklet. There is also a section selling wonderful accessories like my napkins, crime scene tape and chocolates and even a free game to play!

Disclaimer: I was sent "Murder at Merkister Hall" plus some accessories for the purpose of this review. Views and opinions remain honest and my own.
Confession: The dining room pictured is not in my own home! I "borrowed" a house to be able to invite 10 guests. Many thanks to my friends who so willingly loaned me their home and even helped set up and clear up.