on February 03, 2015
I woke this morning to find about 1cm of snow had settled. This news was greeted with groans from my husband who works in the construction industry and squeals of delight from my children. 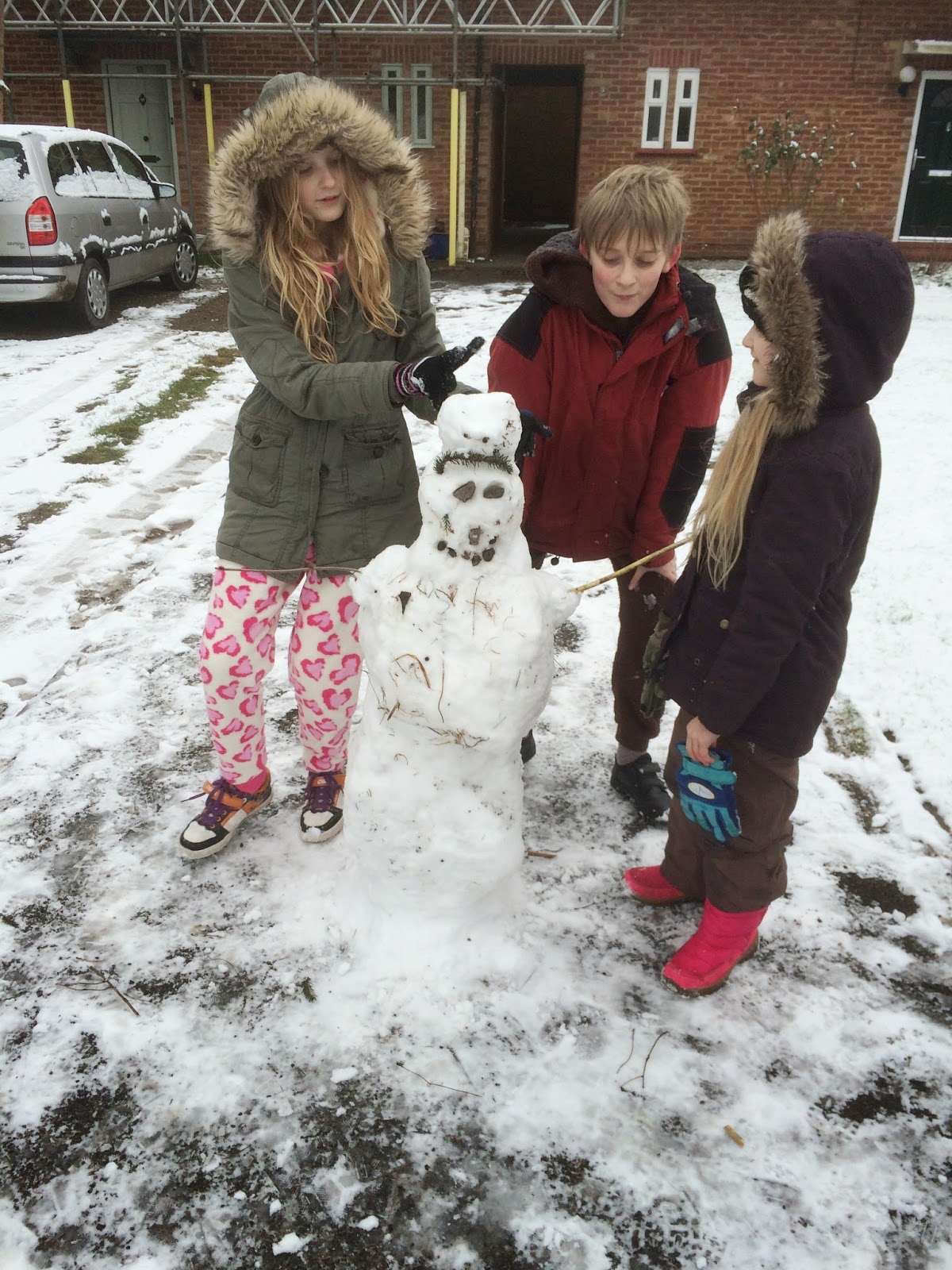 To be fair their eagerness to get out in said snow meant the morning routine involved much less lounging around or lurking in bedrooms and much less screeching from the resident fishwife. That would be me in case you are wondering.

Pink started singing "Try" in the hallway just as my husband was opening the door to leave. She warbles his ringtone in case you were wondering. Never good. No-one ever rings my husband apart from me and his boss. And when it's his boss in the morning or evening it's generally bad news. Yup. No work today. Not worth risking a very expensive very heavy lorry on roads in slippy snow, even 1cm.

Cue huge sigh from me. No work=no pay.

Meanwhile the children are digging in our hats/gloves basket like demented moles looking for matching gloves.

Where do they go? Does the monster that eats the odd socks get hungrier in winter and eat odd gloves? 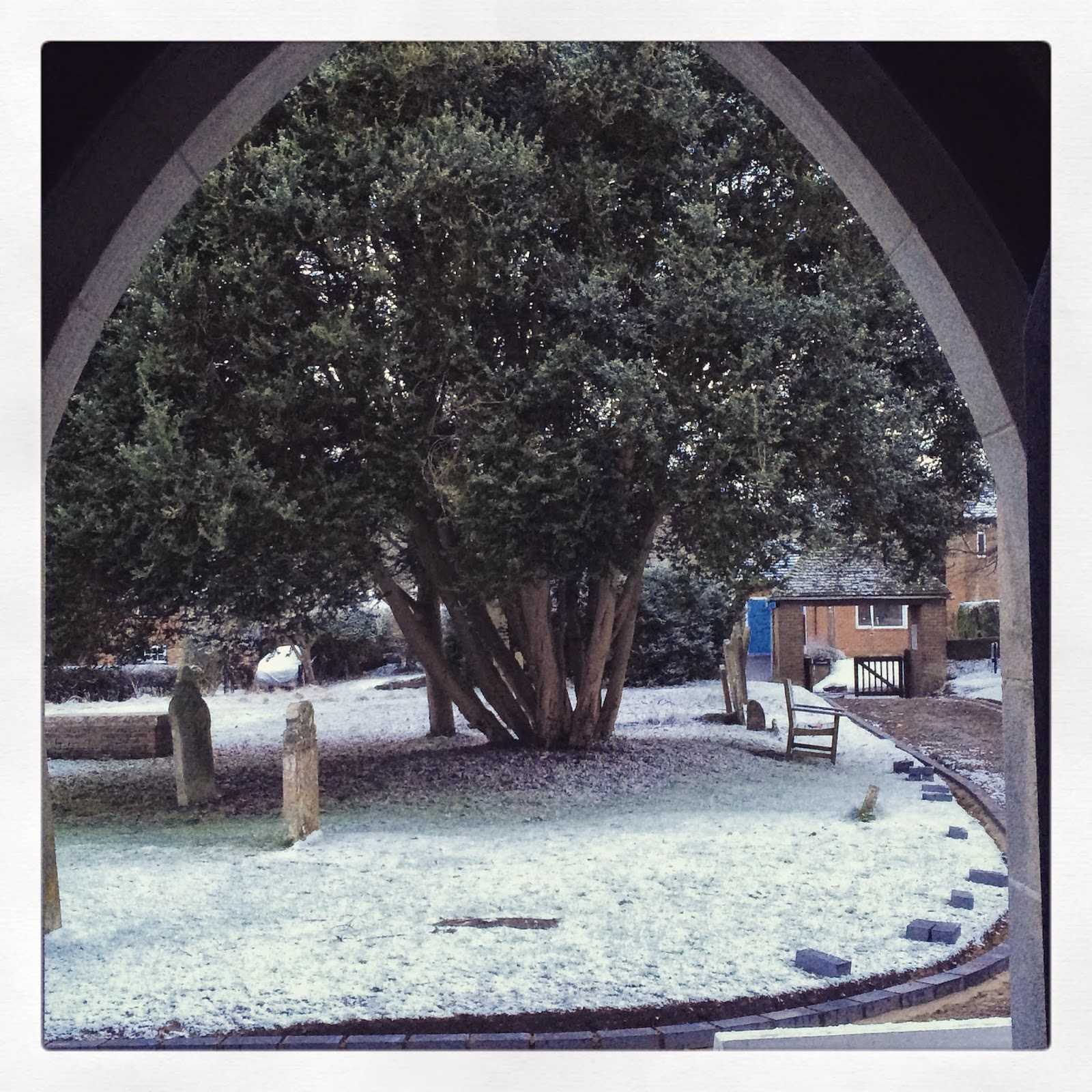 Passed caring at this point I sent the secondary age children off in mismatched gloves. By some miracle they seemed happy to wear gloves and coats today.

A lightbulb flicked over my head - a snowball fight was in the planning. I shouted a variety of warnings about not throwing snow at faces or younger children, taking snow off people's gardens, running into the road in snowball fight euphoria....all to deaf ears I fear.

The children asked me if the snow would still be here when they got home from school. Mentally adds "weather forecaster" to my list of Mum roles and flicked open my weather app to make an educated guess.

Frantic search for smart but peelable layers for me - despite the weather and the almost inevitable transport meltdown I am off into London to look at the picnic and barbecue food range Morrison's are launching for summer.  Yes. A barbecue in snowy February. But I was looking at their Christmas range on the hottest day in July- that's the way it goes with product range launches as bloggers well know!

Meanwhile our cats have the right idea. They tiptoed out for a wee with a matching look of distaste on each of their furry faces then headed straight back to the warmth of the fire where I expect they will snooze all day. Oh to be a cat. 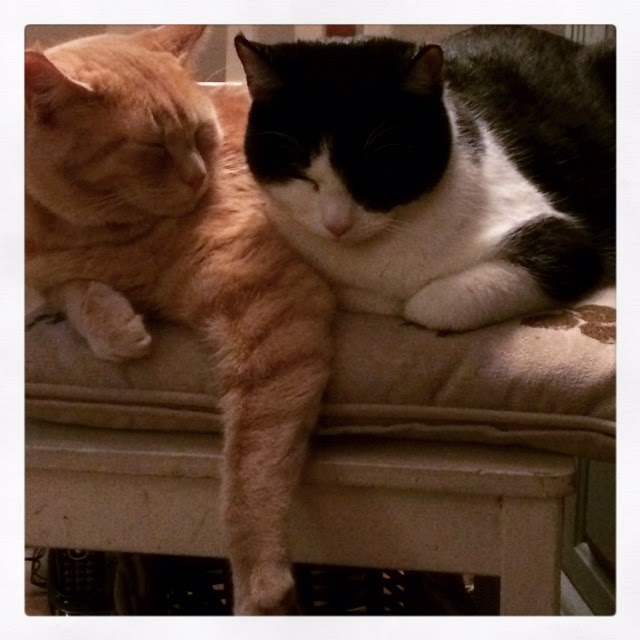