A rant -punished for working

on September 13, 2015
We have had six months from hell following my husband's serious accident and I am monumentally pissed off with this country's warped benefits system which appears to punish anyone who wants to work.

Let me start at the beginning. My self-employed husband had a sudden and unexpected accident at work which meant an immediate loss of income. The benefits system grinds slowly and my pile of forms and evidence grew for weeks until money slowly started to trickle in from the government. 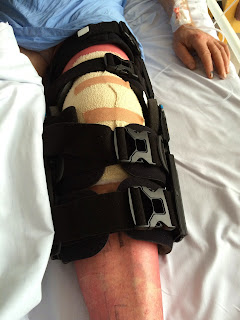 I cannot tell you how long I spent on the phone and transporting bits of paper from A to B, waiting in stuffy offices with my husband in a wheelchair with obvious injuries trying to prove he was not fit to work.

During this past week I have been busy trying to convince the local authority that we were still entitled to free school meals as my husband was still entitled to the benefit which they approved last term but oddly not this term.

Their computer bizarrely mixed up my name and his NI number, despite us already receiving free school meals and Pupil Premium. Because of this, when our claim was checked as standard at the start of the new term, computer said "no."

The helpful lady at county hall told us to re-apply and backdate assuring us it would all be fine -but it wasn't.


Apparently the paperwork we originally submitted is out of date. They want a more recent letter but with ESA (Employment Support Allowance -sick pay for self employed folk) you don't get a letter each month - you get a text every time you resubmit a sick note.

I don't understand why his name and NI number is not enough. If it's not sorted out and backdated I am facing a hefty bill for lunches already consumed. My head hurts.

Just to add to the fun- as of today hubby will no longer claiming ESA. This is both good news and bad.

My husband has made a stunningly fast recovery - 6 months ahead of schedule. Because of his strong work ethic even though he is not ever able to go back to what he used to do he decided he would try and find a job he could do.

He applied for a whole list of jobs locally including 6 jobs at our local supermarket. This week after his first interview in almost 40 years he was offered one of those jobs - hurrah! Time to detangle the benefits.

I felt sure we would still get some support as his income is a long way off what it used to be- in fact he will be earning under £10,000. I was sure we would at least continue to get free school meals for our school age children but I was shocked to find that we are not eligible.

Because, according to the online calculator we will get a little bit of Working Tax Credit (WTC), we are stuffed. Even though we will earn under the £16,190, that tiny amount of weekly WTC means once again, "computer says no." 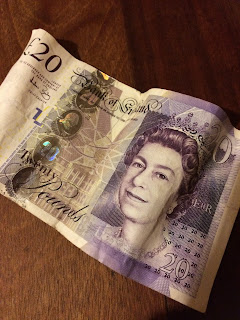 We actually would be slightly better off staying on benefits but because we feel if you can work you should, we are just hoping hubby will be able to pick up overtime to bring his income up.

It does my head in. My husband can work hard 5 days a week and earn about £13 a week more than he gets on benefits and NOT get free school meals.

You can see why faced with this choice many people would shrug their shoulders and choose not to work.

Something's not right with this system.

Don't get me wrong. We believe in working, we are glad our brief sojourn on benefits is ending BUT I still feel we are punished because we don't want to live off the state.