on October 06, 2015
It's a constant battle as a parent wanting to allow your child to play on their favourite console system without their impressionable minds being influenced by potentially unsuitable games.

Of course you should closely supervise playtime but with the best will in the world sometimes life is hectic and it's nice to be able to leave them to it while you get on with work/cooking/de-fleaing the cat.

A recent entry to the PS4 stable is Tearaway™ Unfolded which is a delight for youngsters and a gift for parents as it's a fabulously creative and entertaining game with no hidden horrors. 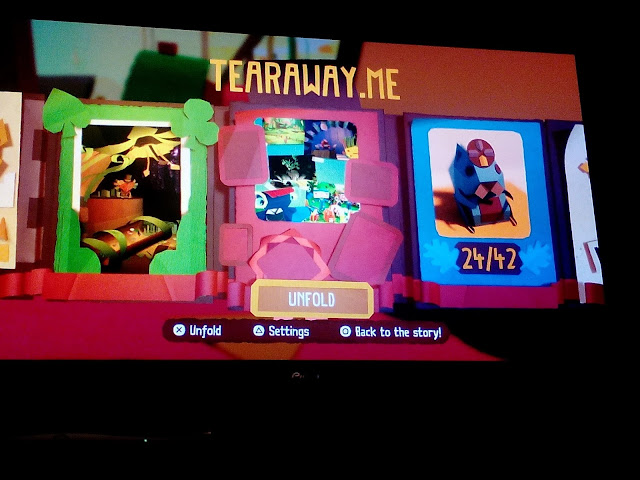 Developed by Media Molecule (the creators of LittleBigPlanet), Tearaway™ Unfolded has been rebuilt to make the most of the enhanced power of the PlayStation®4 system and the features of the DUALSHOCK®4 controller, with new fourth-wall-busting interactions, and targeting 1080p and 60fps.

Since I cannot even "walk" using a controller I am a bit useless as a reviewer of games but my children assure me that this new release is a must-have for family funtime.

So what exactly is the aim of the game?

The blurb says: "Reach into your TV with your DUALSHOCK 4 wireless controller to unleash gusts of wind to unfold hidden areas, confound enemies and ride a paper plane. Use your new powers to catch objects thrown out of the TV screen and hurl them back into hard-to-reach places or at enemies, and guide atoi through scary places by shining the light bar at the screen."

My children particularly loved that they can join in the game by adding the Playstation App to a phone or tablet via Google Play or the App store.

In the app you unleash the ideal companion for every papery messenger and their all-powerful human buddy (that’s you or your child).
Then players can play with a virtual cutting mat to create paper shapes and send them into Tearaway Unfolded. They can complete customisation challenges or even fill the sky with fancy designs.
Players using the app can also redecorate the papery land and characters with photos of themselves, the cat or their favourite chair. Well anything really!
The app also allows players to check out what their fellow explorers are up to around the world in the Tearaway community and show off their own thrilling heroics too.
My teenage daughter loves to draw things in the app and drop them as a surprise into the game on the big screen being controlled by her brother on the console.  For instance she drew some leaves on her tablet which came to life as a burst of swirling leaves into the world on the big screen.  The game copies her design so when leaves drop from the trees in the game, they are the same design that she drew.
She also designed the crown which you need to draw for one of the characters early in the game. It makes the game truly family friendly as even the youngest children can join in, or suggest things to draw or how to draw them. 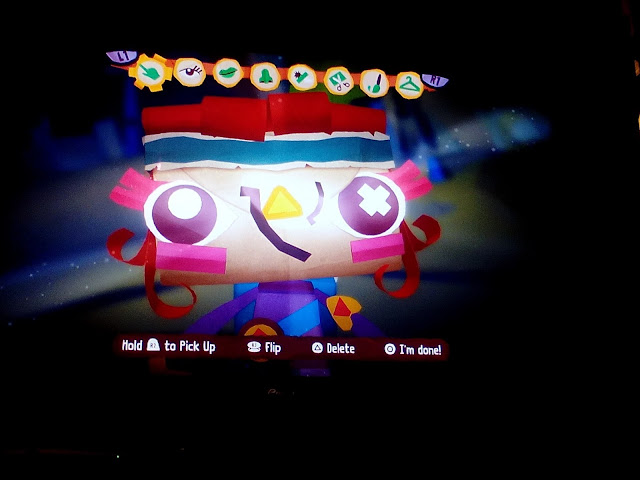 My 16-year-old son who likes to  play on his PS4 console said: "It has a detailed storyline which I like and it utilises all the different features of the new controller but it's simple enough that younger children can play too."

You can also connect a PlayStation Vita and help playing the game is available from King Squirrel. Obvs.
All I know is that it has proved immensely popular with all of the children aged 7-16  in my house and any game which encourages to be creative rather than kill zombies gets my approval. 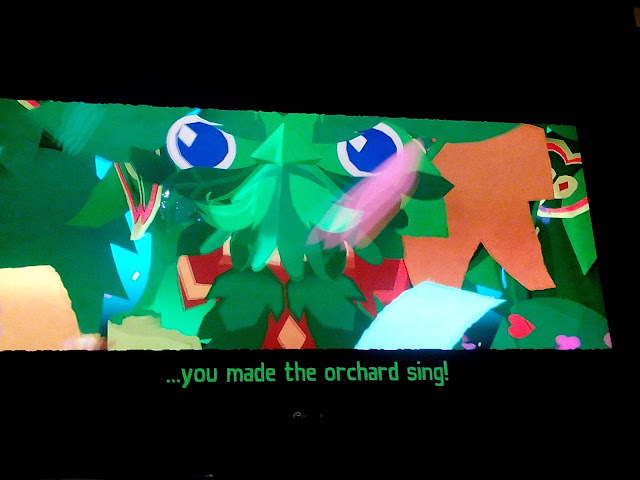 The game has a Pegi rating suggesting it is suitable for children aged 7 and over with warnings that the game may be scary for young children. I have to say none of my children found any part of it scary.

You can buy the disc from an online retailer, all major stores stocking PS4 games or download it straight from the PS4 - perfect for impatient players who have pocket or birthday money burning a hole in their pockets and want the game asap.

I think it will be a popular purchase in the run-up to Christmas as it's rare to find a game which can engage such a wide age range and can be played in front of Grandad without giving him wartime flashbacks. 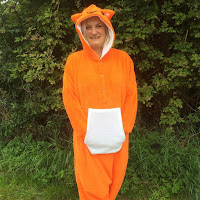 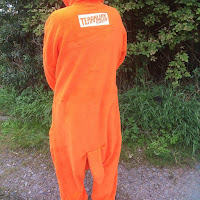 Photo Credit: All screenshots by L Willmore
Disclaimer: I was sent a copy of Tearaway™ Unfolded for the purposes of this review. Views and opinions remain honest and my own-or in this case, those of my gaming children! I also received a very cosy Kigu onesie.
#TearawayUnfolded #tearawayphoto children's games online creative online games game review gamer Kigu Onesie PlayStation®4 PS4 PS4 games for children Tearaway™ Unfolded