New Year- a look back at the (embarrassing) past.

on January 01, 2016
Hurrah! It's 2016, it's my third Blogoversary (my very first post here if you are curious) and I saw this New Year in in a relatively civilised way with drinks and a pie and pud party with a lovely gang of friends. 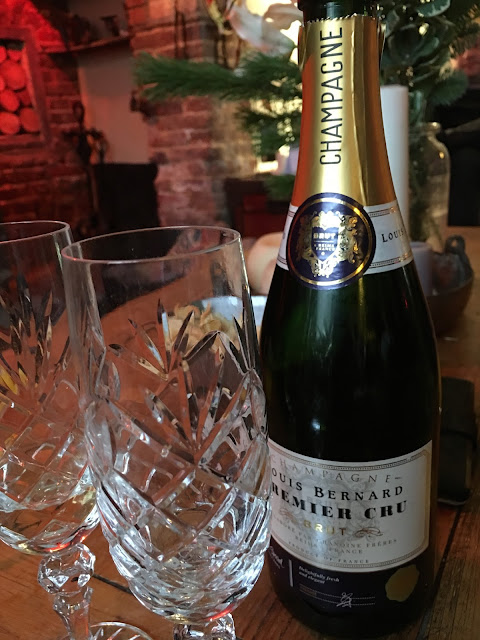 Now this is not going to be one of those posts where I wittle on about resolutions. They are a waste of time for me - this I have learned through wasted gym memberships, failed diets and an ongoing unhealthy obsession with salted caramel which fills my diabetic nurse with rage.

This is also not going to be one of those "look back at the last year" posts since 2015 was so spectacularly shit that I cannot face focusing on it. Onwards and upwards my friends.

No, I thought I'd share some embarrassing anecdotes about New Year parties from the past, starting with the one where I wore PVC trousers. Yes. They are as sweaty as you'd imagine. Not great if you tend to be prone to yeast infections. They are however really good if you tend to vomit after too many strawberry woo-woos as they are wipe clean. Shall I stop now?

Then there were two years in a row where I went to the same venue with the same boyfriend and his (older) friends. I didn't really know anyone and since I was only 20 did not relish an evening listening to Mud's Tiger Feet on repeat. Along with loads more music which at the time I thought was horrific.

Of course, I'm 40-mumble now and the same tune is likely to get me on my feet  dancing at weddings/discos/in the kitchen. Along with any Queen song. Apologies to John at school who used to be teased mercilessly for liking songs I now adore.

So that was the first year - sitting in a pub with lots of people I didn't know, listening to music I didn't like. Fast forward to the second year and for some reason which escapes me (I must have been more agreeable and pliable back then) I must have agreed to go back to the same venue.

Same people and to my horror, the same playlist in what seemed to be the same order! I still cannot hear Tiger Feet without flashbacks to a dark room, a beige buffet and an overwhelming desire for time to magically speed up so I could leave.

There have been dinner parties and drinks parties, movie nights on the sofa and early nights where the New Year arrived with barely a whimper as I grew or nursed new babies. 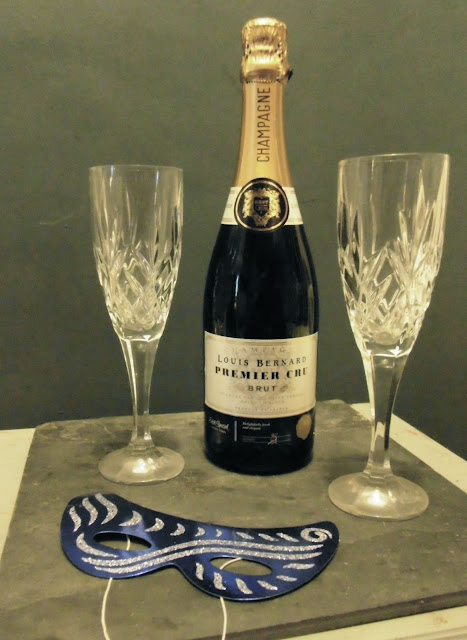 But there was one memorable night which my darling husband reminds me of every year - as if I would forget it, where too much Kir Royal was nearly my undoing.

I had a good friend in the village who proposed a calm dinner party, a few drinks in our local and a nice happy start to the New Year.

Dinner went well - the couples we ate with were not people we knew well but well enough for the chat to flow smoothly. The Kir Royal's flowed quite smoothly too.

It was decided for childcare purposes that the boys would head to the pub first, followed by us gals. We obviously carried on supping cocktails while the boys went for a pint.

They returned and we headed out of the door. The fresh air hit and I suddenly felt much more squiffy than only minutes before. A short walk to the pub, a G&T in hand and before I knew it I found myself making frankly inappropriate comments loudly about my nephew (by marriage) who was in the bar. He heard me. To be fair people in Edinburgh probably heard me. I believe I focussed on his shapely bottom.

We didn't stay long, heading back to the party for the big countdown. My friend turned the TV on and I realised I could not focus. I mean, really, not focus. Or even stand.

I slipped away to the toilet for a sit down and to gather myself and as the alcohol coursed through my bloodstream I thought the best thing to do was let it out. So I had a quick chat to God via the porcelain telephone.

Being sick is quite tiring you know so I thought I'd have a bit of a lie down. I found a nicely shaped receptacle for my throbbing head - my friend's toddler's potty which was next to the toilet.

When my husband realised he could not give me my usual New Year snog he came looking for me and found me asleep on the tiled floor. I'm told they put me to bed and he went home.

At about 4am dozing fully clothed minus only shoes and earrings (even that pissed I can't sleep in my earrings) I heard a creaking door and light flooded into the room.

Someone walked round the double bed I was in and sat on the edge taking his shoes off. Yes. HIS shoes. I recognised him as one of the (married) dinner guests and advised him he was in the wrong room.

He answered smoothly: "Am I?"

OMG I was out of that bed and that house at the speed of light. I walked shoe-less back home and climbed into my own bed to the surprise of my husband.  He laughed when I told him why had happened!

I never told my friend why I'd made such an early exit and never mentioned it to the man who'd sat on the bed - I assumed it was the drink talking. Oh and of course I am such a good catch that no man can resist me. OK you can stop laughing now!

A little bit of me was quite flattered. Most of our male friends now seem to see me more as a short, dumpy fire-breathing dragon than an siren worth risking their marriages for. I think they pity my husband more than envy him.....

Luckily my husband sees my inner Goddess and despite decades of New Year parties is still happy to start another year with me by his side. He's not too good at holding my hair back when I've had too much Champagne but you can't have everything can you? 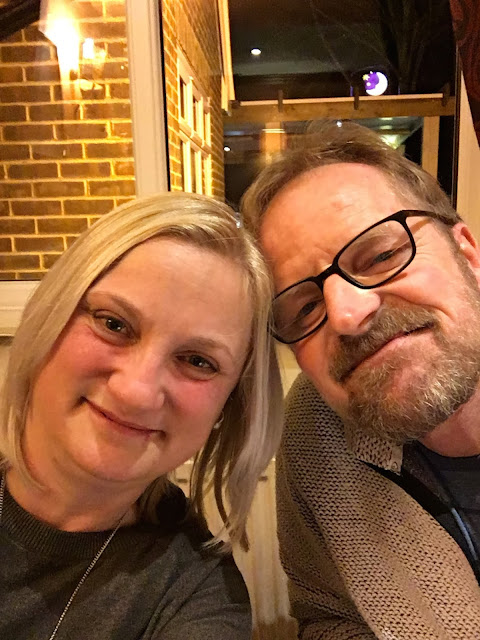 However your New Year was, quiet or rowdy, I wish you a very happy and healthy 2016 and hope you'll stay with me for another 12 months of anecdotes, reviews, recipes and top tips.

Thanks for reading. x