on September 08, 2016
Earthquakes are incredible. Somehow primal and definitely fearsome at their destructive worst and I am sure I was not alone in being moved by the plight of those affected by the recent 'quake in Italy.

World famous celeb chef Aldo Zilli was born in one of the areas affected and so he is offering a once in a lifetime opportunity to join him for a masterclass and private lunch to raise funds to support those affected in his home country. 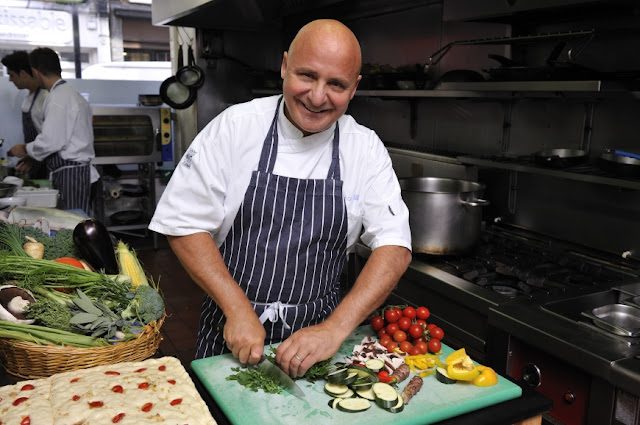 The  auction is being run by CharityStars.com, a fascinating site which offers some amazing opportunities involving celebrities or their belongings to raise money for some worthy causes.

In case you have been in a cave and not heard about the situation in Italy, heres a quick summary. The massive earthquake with a magnitude of 6.2 hit central Italy on 24 August and has devastated many communities, including Abruzzo where Aldo Zilli was born.

The death toll stands at almost 300 and thousands have been left homeless. There have been more than 3000 aftershocks and some areas have been totally devastated. Sergio Pirozzi, the mayor of Amatrice, stated that "Amatrice is not here anymore, half of the town is destroyed. Many cultural and architectural treasures have also been destroyed or damaged.

Aldo Zilli is an award-winning celebrity chef who specialises in Italian, vegetarian and seafood cuisine. The highest bidder, plus a guest, will join Aldo for a private lunch at Sub Zero London cooked by Aldo himself. Not only that, but they will also receive a masterclass on “Amatriciana,” an amazing Italian pasta dish.

Aldo’s great personality and his incredible cooking skills have led him to appear regularly on television and radio as a chef and presenter, which makes him the perfect person to spend a day with dedicated to food.