on March 09, 2017
Our mini iPad has been playing up. Every now and again it has a hissy fit and freezes or turns itself off. Maybe like me it is sick to death of the endless gaming tutorial YouTube videos it has to endure.

Today it turned up it's little electronic nose, shut down and displayed the apple symbol for a while. I took that to be the iPad's version of one middle finger up to us after a couple of hours of overuse. 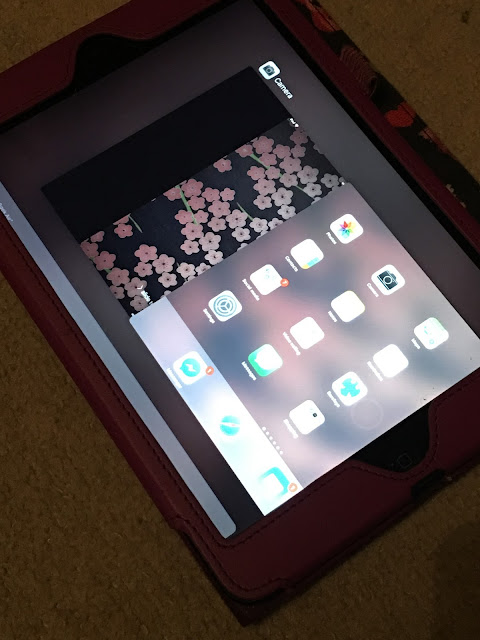 I explained the ipad's tantrum to the family. "It's old and overloaded" I said. Then realised I could have been talking about myself. Insert dry humourless laugh here.

In between my one son's mysterious (possibly epileptic) seizures and the other one coping with life with autism I have the witch Fibromyalgia giving me grief (probably because of the stress) AND I am metaphorically spinning a number of other plates on sticks which are getting very wobbly.

Stop the ride. I want to get off.

Is it bad that my brightest spot this week was the tilted head and sympathetic smile from a class teacher explaining that Grumpy had spent longer than she'd like, crying in the foetal position?

Let me explain. People with ASD (Autism Spectrum Disorders) frequently mask their anxiety appearing "normal" for a while. This often happens at school where the routine and the need to cope manifest in copied neuro-typical behaviour. I am vastly simplifying this but thats the gist of it.

Often schools cannot understand why the family are having such a hard time at home. It's like shaking a bottle of fizzy drink. It's fine as long as the lid stays on. Get home/remove lid and watch the whole thing explode in a mess. I'm sad to say some schools don't believe the diagnosis given as they see no evidence of the symptoms described in reports from the family. I am very lucky that my son's school is incredibly supportive, even though my son masks well there a lot of the time.

However this week for some reason we are still working out, he can't and so they are seeing more of the real boy, not the one being a duck - calm on the surface but frantically paddling underwater to stay afloat.

I'm hoping this will give them more of an insight and understanding into the issues we have so we can work more efficiently together to make the most of his potential.

Hence why there was some happiness mixed in with the sadness that he was having a bad week.

Meanwhile those plates are still spinning. If I drop one, forgive me.