Pokemon Movie- I Choose You #review- UK release this weekend with exclusive merch on offer.

on November 06, 2017
Big news Pokemon fans! Coming soon to a cinema near you is the UK release of the new movie Pokemon the Movie -I Choose You with a special two day run at 300 cinemas over the weekend of November 5 and 6, 2017. We've seen it already and, heads up, this is a must see movie for Pokemon fans of any age! 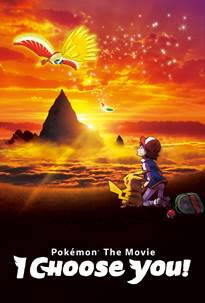 Pokémon the Movie: I Choose You! is an origin story highlighting Ash and Pikachu’s first meeting and their adventures as they search for the Legendary Pokémon, Ho-Oh.

The pair encounter familiar faces along the way, new characters including Trainers Verity and Sorrel, and even a mysterious new Mythical Pokémon, Marshadow.

Challenges and epic Pokémon battles abound in this unique new story about the beginning of one of the most beloved friendships in popular culture.

Get your tickets HERE and you could be in with a chance of picking up some exclusive trading cards and other treats (while stocks last).


Yes, to commemorate the event, cinemagoers will have the chance to receive a never-before-seen Pokémon TCG card featuring Ash’s Pikachu wearing its Trainer’s hat, as seen in the new film! 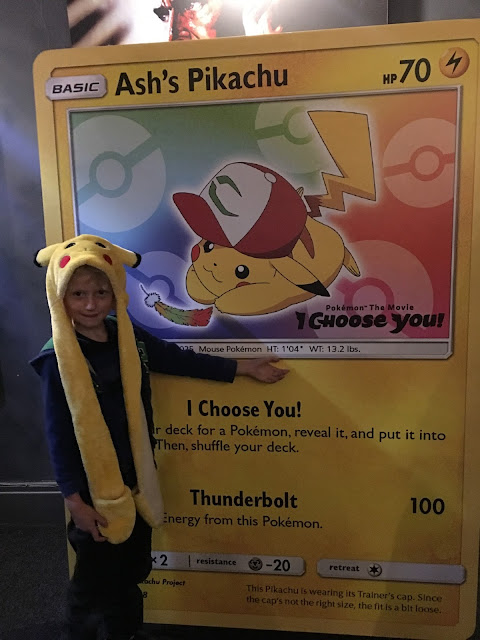 Cinemagoers in the UK will also receive a free copy of a special 8-page movie-themed mini mag courtesy of the Official Pokémon Magazine, which will include puzzles, movie info and a giant movie poster.

To give you a taste of what's in store here's a sneak peek at the official trailer for the movie.


We went along to the preview screening and without giving too much away, there were some jaw dropping moments and audible gasps from the audience of media guests and superfans.

Pokemon has been in my life for pretty much the whole of the 20 years it's been around as my two eldest sons, now aged 22 and 23, were fans. Their younger siblings rediscovered Pokemon a few years later - I dread to think how many older potentially valuable cards I threw away in between!

Despite this I've largely managed to avoid learning too much about Pokemon but even I was drawn into the animated feature length story and found myself caring what happened.

I mentioned jaw-drop moments. I've been threatened with serious consequences if I share any spoilers but even with my limited knowledge of Pokemon I understood the enormity of some of the scenes.

In conclusion, it's a great film for all ages and even if you don't know a thing about Pokemon you will be able to enjoy the movie along with any younger fans you might be accompanying.

If you are a true Pokemon superfan you obviously will have already booked tickets for this 20th anniversary special. If not, what are you waiting for? Find your nearest cinema showing Pokemon The Movie: I Choose You now. You won't regret it!
#review exclusive pokemon trading cards Ho-Oh I Choose You Marshadow movie review official pokemon trailer Pokemon Pokemon Movie pokemon movie trailer