Lighting up Christmas- Are your festive lights subtle or showy?

on November 09, 2017
As soon as the last firework showered the sky with sparkles it seemed that the commercial world clicked over into Christmas mode. Not that I'm complaining actually because I love Christmas! 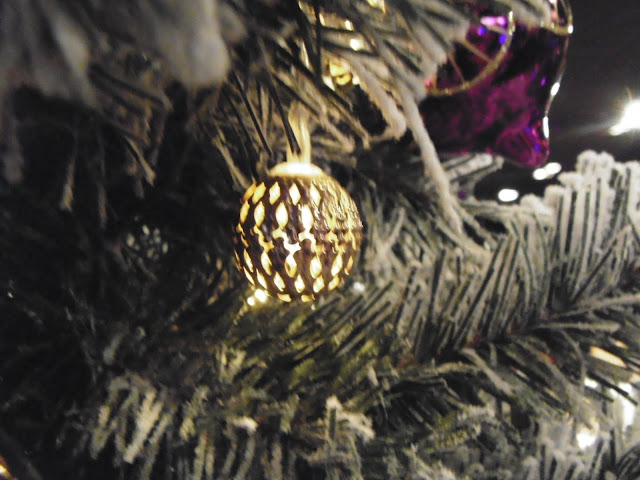 I try my hardest to wait until December before festooning the house with all the festive tat I've accumulated over the years but as a blogger I often have an excuse to do it earlier as a client might want me to promote something Christmassy so obviously I have to pose us or the product concerned in front of a beautifully decorated tree.

I'd like to say we spend happy family time decorating the tree together but in fact while I do my best to let the children have a go, my eye is actually twitching with stress and I can't wait to hustle them off to bed so I can "tidy" their efforts into my own semblance of order.

Last year we had a falling out over who was going to put the tree topper on so poor daddy's back took a hit as he lifted a succession of children up high to place a star and an angel on the increasingly crowded top of the tree.

This year I think I will create two roles. Official tree topper and official master of the lights who will get to flick the switch to turn the lights on.

Let's face it, the lights are the best bit. Whether you go for subtle warm twinkling lights on the tree, drape the walls or windows with LED curtain lights or cover the entire house inside and out in flashing illuminated characters, turning them on gives you that "ooooh!" moment. 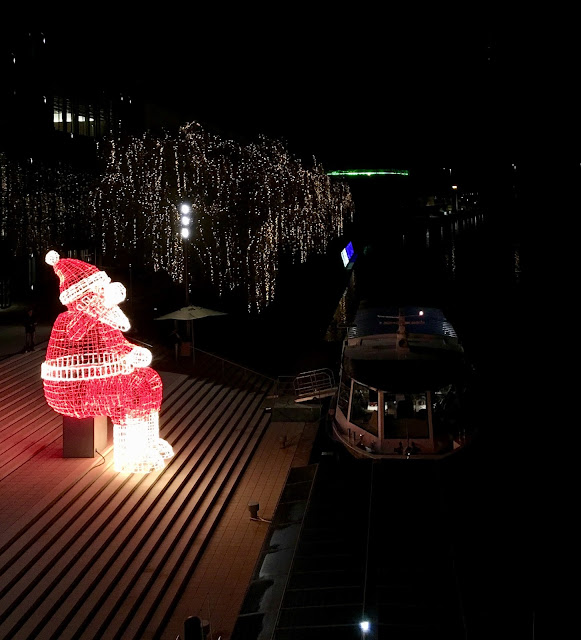 I love coming back to the house on a dark wintery afternoon and seeing a glimpse of lights through the window. And I adore driving and admiring other people's lights. Although I wouldn't personally want an illuminated Santa climbing a ladder towards a lit-up display of reindeer on my own roof, I still love to see other people's displays.

It's can be such a cheap way to cheer up dreary dark days and even if you are pushed for space there's always room for a string of lights, even if you have to drape them round a pot plant or along the mantelpiece instead of a Christmas tree. 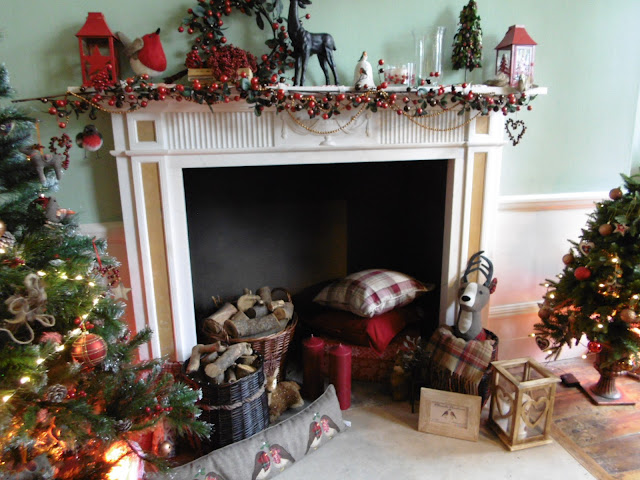 I always fancied having a very tall tree we had in our garden decorated with some tasteful lights for Christmas but my husband got halfway up the tree and bottled out. It was a very bendy tree and the day I decided we should decorate it was a very windy day. I think he's quite relieved we had to have it felled so I can never suggest he tries climbing it again! 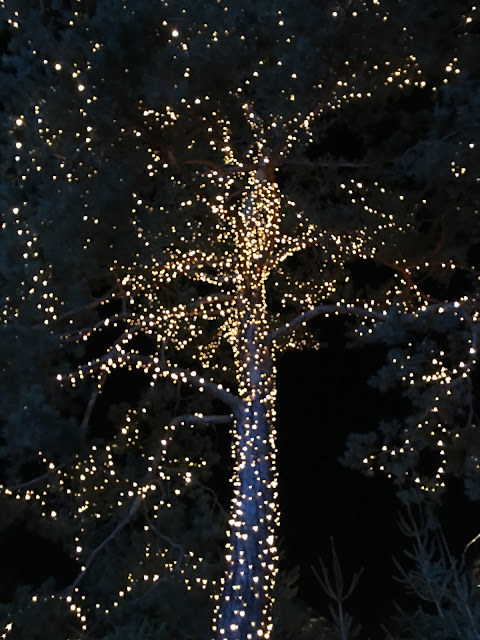 I treat myself to a couple of new decorations or a new set of lights every year and I think this might be the year to get some tasteful lights for outside. I love seeing our solar lights light up in summer so think it would be nice to have some which don't rely on sunshine to brighten the night.

Now where did I put those mince pies I bought..... 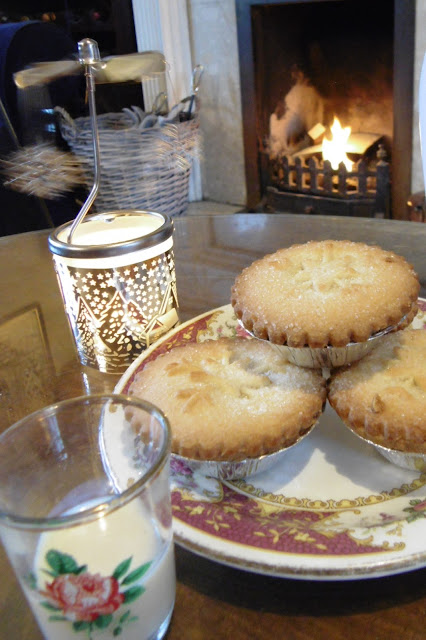