on March 13, 2018
It's been a bit of a lean pheasant season here and since I had to save my smaller than usual collection of breasts for one glorious pie I decided it should be an extra special one. 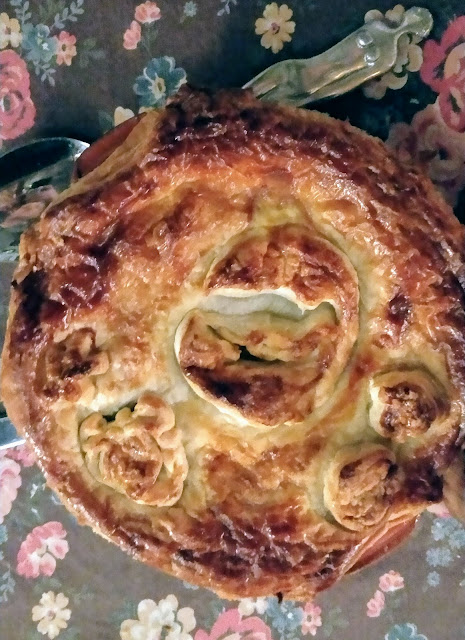 My mate Adrian is a pie expert and we recently had a very lovely pheasant and leek pie at his place so I decided my pie must have leeks in it. Inserting my head into the fridge to see what else I could add I found a few mushrooms and some smoked bacon. Perfect!

I like to browse recipes and take inspiration from the ones I like the look of. If I don't have an ingredient or two I substitute which is why this pie not only has sherry in (instead of Maderia wine) but also gin instead of juniper berries. I always have gin in the house!

Juniper is used to flavour gin so in my head that makes it a good substitute. Plus anything is better with the addition of gin isn't it? Break ups, bad days and apparently now, pheasant pie.

I tossed the pheasant in seasoned flour (you could substitute chicken if you can't get hold of pheasant)  then browned it in a large heavy frying pan then removed to a bowl. I then fried smoked chopped bacon and mushrooms, added to my bowl of pheasant chunks then fried chopped leek and smoked garlic. They too went into my bowl. 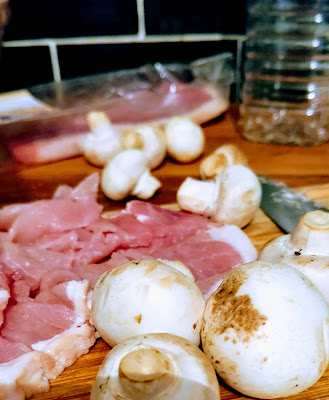 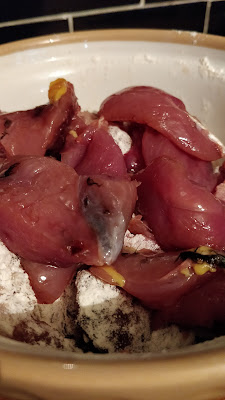 Next I made a roux (a mix of flour and butter cooked while stirring briskly) and added the sherry, stock and a good dash of gin and heated gently, deglazed the pan and chucked all the ingredients from my bowl of loveliness into the thickened sherry and gin sauce.

The whole lot was left to cool then I put it into my ovenproof pie dish and topped with (shop bought) puff pastry. You could use shortcrust if you prefer. You could also make the pastry yourself but heck, it was a Monday night and I was going for quick and tasty not a Masterchef award. 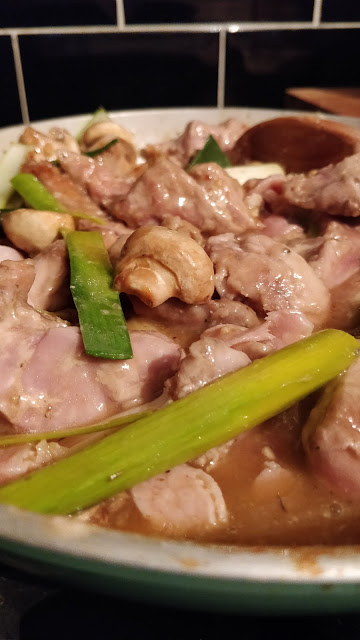 My daughter made some pastry flowers and a decorative pheasant relief using the pastry trimmings and used an egg glaze to fix them on the top, finishing by glazing the whole pie top with the remains of the whisked egg. 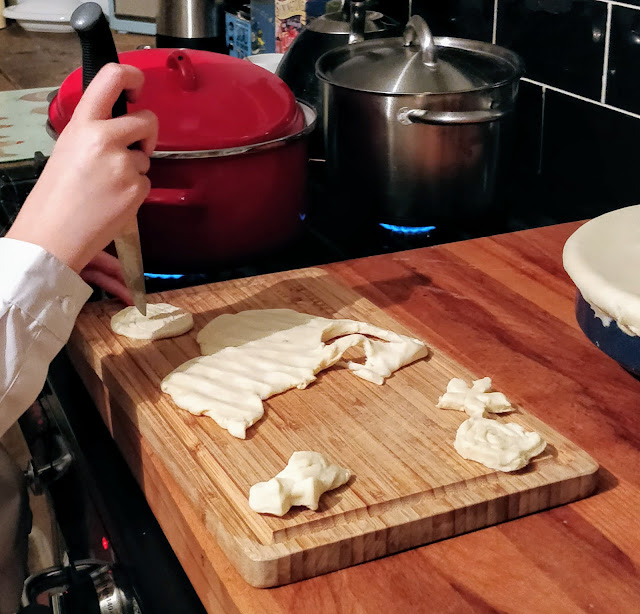 I prepped potatoes and parsnips for roasting and some nice fresh veg then bunged everything in the oven. 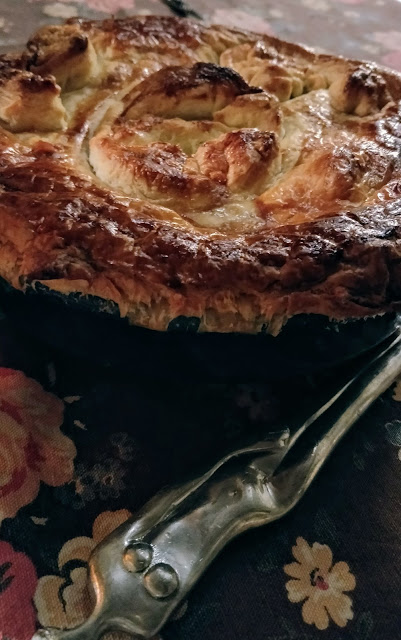 Toss chopped pheasant in 1 tbsp seasoned flour. Brown in 1 tbsp oil in a large heavy based frying pan on medium heat then remove to a large bowl.
Fry  bacon for 2 minutes then add mushrooms and fry for a further 3 minutes.  Remove to bowl (with pheasant).

Add another tbsp oil to same pan and fry chopped leeks and garlic for 2-3 minutes taking care not to burn garlic. Remove to the same big bowl.

Melt butter in pan then add the other tbsp flour to pan and stir to blend. Slowly add the sherry, sorting well, then the stock. Finally splash in some gin. (About 1 tbsp.)

Add all of the ingredients from the bowl back into the pan, season with salt and pepper and story to combine mixture until ingredients are evening distributed then turn into a 2l itre pie tin or dish  (I used an ovenproof ceramic dish) and leave to cool.

When cool top with pastry of your choice and decorate as desired. Don't forget to make a couple of slits in the pastry to allow steam to escape.

You can refrigerate to cook later at this point if you wish.