I Hope I Die Before I Get Old- Or Is It Too Late?

on April 17, 2018
I used to wonder when I would realise I was old. I'd look around at people I considered old back then but were probably actually in their 40's and wonder, at what point, you stopped being young and trendy. 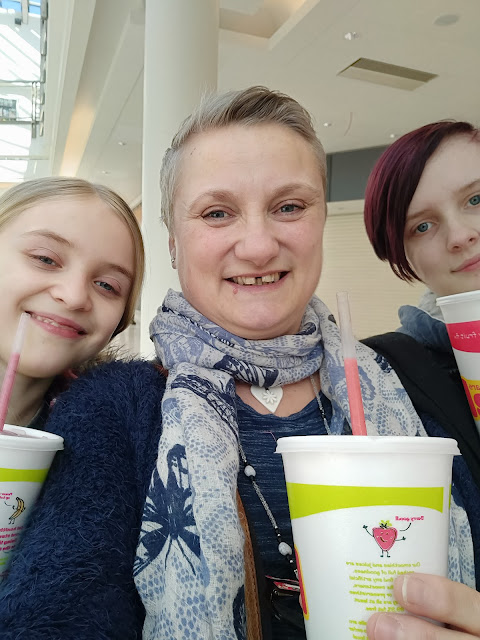 It seemed easier for the people I saw on holiday when I was a child. At some point, maybe on a significant birthday, you were obviously banned from normal boutiques but during a secret ceremony given the co-ordinates to the shop of black.

You've seen them right? Those wrinkled old people in France, Italy and Greece and other countries rocking the black outfit, compete with triangle headscarf for the women.

You NEVER see shops selling the stuff (much like I've never actually seen a shop selling those fleece jackets with wolves on them in the UK) so there must be something Harry Potter-esque about the transition from normal clothes to the old person uniform of black.

Somewhere, just out of the limited view of muggle, with the whirl of a wand, a hidden street is revealed lined with shops selling black old person clothes......

When I was a child growing up in the West Midlands I used to wonder about many of the old people I saw in the UK wearing crimplene dresses. At least you could see where those dreadful patterned shifts came from - they were being sold on market stalls along with the obligatory smock aprons beloved by many Black Country pensioners back then.

But at what stage of life or age did women switch to wearing them?

I perceive my own style to be loosely based on what I wore when I was in my teens and 20's. It's diluted of course but I am drawn to things I considered stylish and fashionable back then.  I'd still wear the shirt and white jeans I am wearing in the picture below (snapped when I was in sixth form) for instance, minus the white belt. Mainly because I don't have a waist like that any more to be honest. 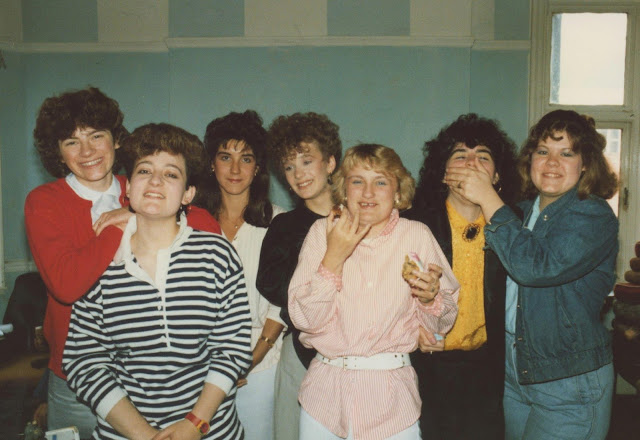 Taking this into account and realising that crimplene was "invented"in 1959 I suppose it stands to reason that the "old" people of my youth were just slow to abandon their own youthful style period.

OK so that's the fashion side of it explained.

My husband thinks old age begins at the point you start making noises when you move. Standing or sitting now he has noticed he exhales noisily or makes pained noises, even if nothing actually hurts.

I actually remember the point when it became normal for stuff to ache or even hurt. I can't remember the time before I woke up and realised my knee/neck/back/joints hurt but I wish I could time travel back to it.

My eyesight has been a recent victim too. I have always had great vision and even when it was recommended that I wore glasses for close work and computers although they helped  I could see pretty well without them.

Now I'm living in this scarily blurry world where I genuinely can't read labels on packets without my specs, no matter how hard I squint or stretch my arms out. Out for dinner with friends and out come the specs so I can see the menu.

I don't need them for distance and in fact wearing them while looking ahead makes me feel dizzy as the world beyond my arm becomes blurry with my glasses. So I've vacillated between shoving my glasses into my bag where they become scratched and smudged because I'm too impatient to keep taking them in and out of a case, or leaving them all over the house resulting in plaintive cries of "Has anyone seen my glasses?"

Recently I bought a beaded chain thing so my glasses could dangle round my neck. It was incredibly convenient and I didn't lose them once but even my husband who is not exactly a fashionista laughed at my not so chic Granny chic look. (look closely in the first photograph and you might be able to spot them. Tell me what you think of them please!)

I've just bought a slightly less pensioner-esque lanyard style with stars on. It's actually lighter and more comfortable than the beaded version and less middle age cyclist than those neoprene sports things but I'm very aware they are still a bit tragic. 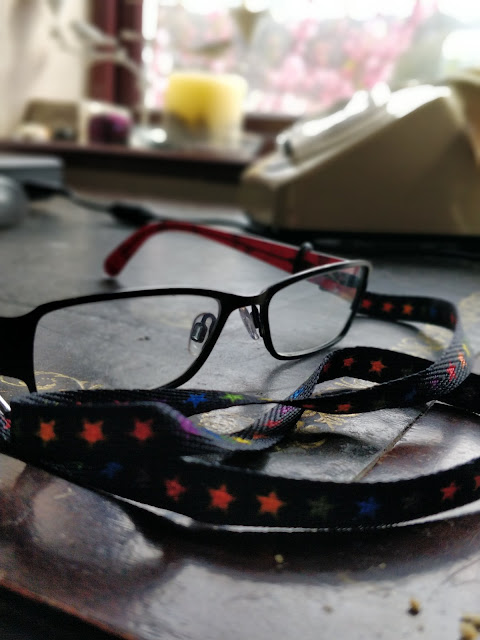 It hasn't stopped me wearing it though so is this it? Is this the point where I am officially old - the point where comfort and convenience outweigh fashion? As I watch more and more of my (younger) friends ditching the killer heels for kitten heels then move onto flats I think that might be the definition.

Now pass me that tartan blanket - my knees are cold.