on April 22, 2018
This is the birthday cake I made for my daughter using a very handy little kit from bakedin bought in Hobbycraft which even had disposable tins, greaseproof paper discs and a cake skewer included along with the pre-coloured cake mix, icing and sprinkles. 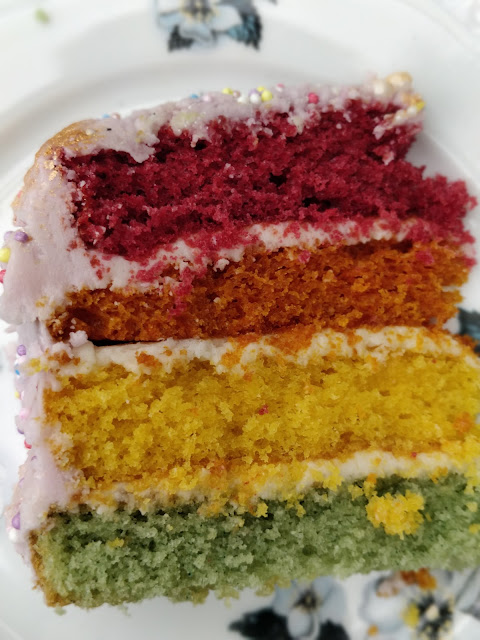 The kit cost £15 and my only criticism would be that if I had followed the instructions on how much icing to put between the layers there is no way there would have been enough to coat the cake. As it was it was a bit sparse.

You don't even need measuring scales to make the cake as the kit includes a card to help measure the correct amount of butter, assuming you buy a 250g block. You need 300g butter, 4 eggs and 80ml of milk, and a mixing bowl and spoon to make the cake.

I made it with the birthday girl (12 yesterday!) and she decorated it herself adding decorations from our cupboards along with the sprinkles supplied. It was, in her words, "Magnificent!" She apparently does not believe in the concept of "less is more.". The icing is normally white but we tinted it lilac using food colouring I had in my pantry. 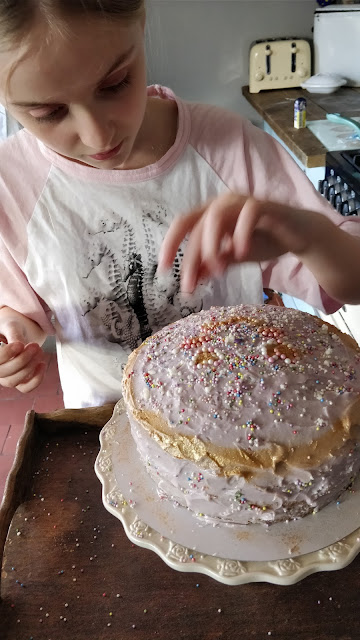 The colours were all natural and the cake was moist and tasty. A big thumbs up from us!

FYI they do a chocolate layered version too.

Disclaimer: This post is not sponsored and I have not been rewarded for promoting the kit in any way. I paid for the cake kit myself but was so impressed I wanted to share.