on April 09, 2018
I loooove syrup sponge. It's one of those throwbacks to childhood which truly come into the category of comfort food and it's so easy to make, especially if you have a crockpot/slow-cooker. It;s also perfect as a veggie-friendly pudding if you substitute original beef suet for one of the many vegetable suets now available. 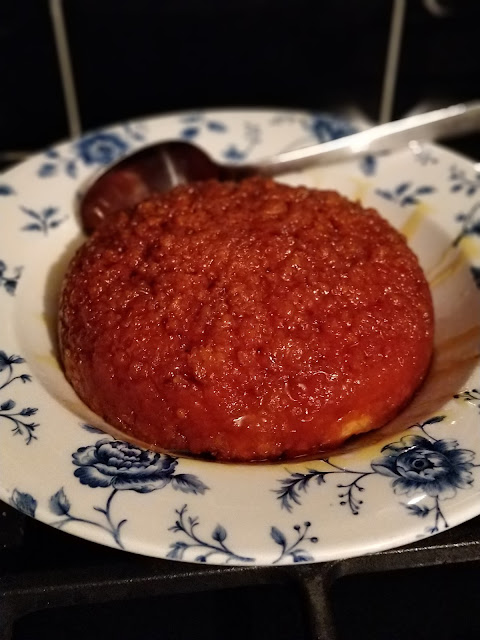 I am so lazy when it comes to making desserts. If we have anything at all after a bog standard family meal it would probably be a fromage frais. But we like having friends round to dinner and my book club meetings incorporate a meal so every now and then if I can't persuade one of my guests to bring pud I have to make one.

Recently I made this syrup sponge and wondered casually while I was mixing the cakey bit why it smelled odd. I shrugged and bunged it it into the slow cooker anyway.

When the cooking time was up I took the lid off the slow cooker and winced at the terrible pong wafting up with the steam. I tentatively tried a small portion and spat it right out - turns out my suet was out of date and off!

I had to apologise to my pudding-less guest and luckily because they are good friends they took it all in good spirits and haven't even teased me about it!

I bought new suet and tried again recently and was happy to discover it was perfectly tasty this time!

You might wonder where the slow cooker comes into the process - basically you can used it like a bain marie instead of a steamer to cook the pudding which sits in a bowl/basin in water in the slow cooker.

I found the texture of the pudding rather more dense than a traditionally steamed pudding but the convenience and ease of the cooking method made it worthwhile to me to sacrifice some of the lightness.

Turn slow cooker on to preheat at HIGH heat while you make the pudding then grease your pudding bowl.

Add syrup to the greased bowl then in a separate bowl mix together flour, suet and salt before mixing eggs, milk and vanilla essence in a little at a time until the mixture is blended and relatively smooth (the suet might make it look a little textured.)

Spoon the "cake" mix on top of the golden syrup then fold a piece of greaseproof paper or parchment in half and lay it loosely on top of the bowl. Use a piece of foil over the top of this and scrunch it round the edge to secure to the bowl.

Place the bowl into your slow cooker and add enough boiling water to fill the slow cooker until the water level is halfway up the pudding basin.

Cook for 3-4 hours (until the sponge springs up when you push it gently) then invert and serve! 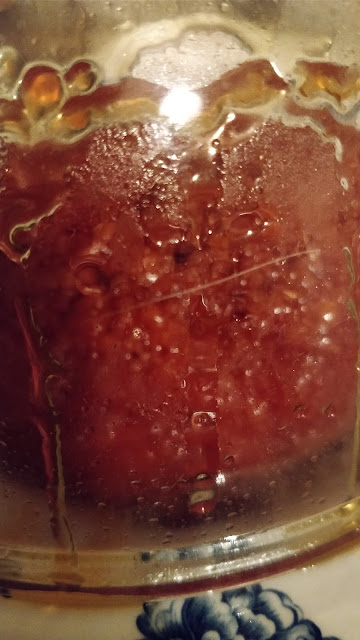 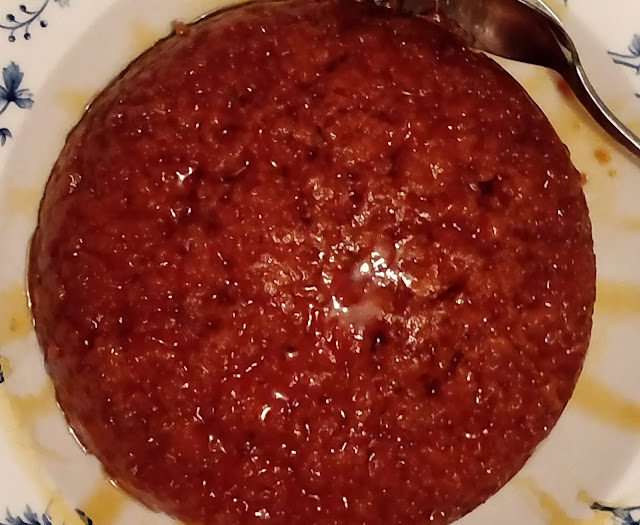