on January 28, 2019
We bought a new TV recently and when it was delivered we spotted that one of the shortcut buttons on the remote  control was for Rakuten TV.  I had never heard of it and I wondered if it was a service only available in other countries where the TV was sold.

Curiosity got the better of me and I pushed the button. Turns out RakutenTV is a pay per item, contractless, subscription free service where you can rent or buy movies or TV programme box sets for as little as the cost of a latte.

Whether you fancy a brand new blockbuster or to revisit an old favourite Rakuten TV has a wide selection of offerings in a format I found much easier to search than Netflix. 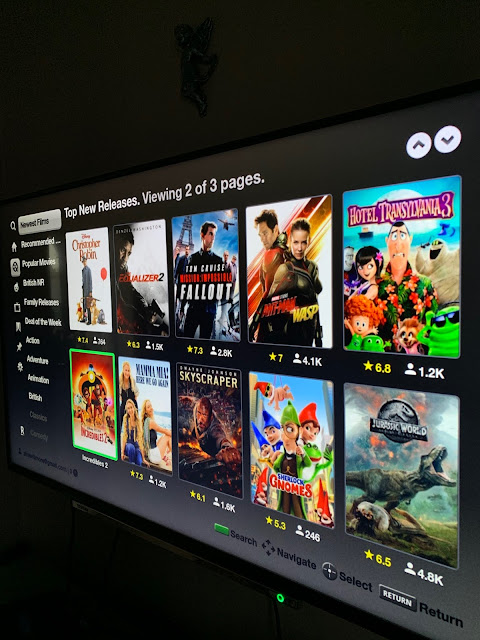 As I mentioned earlier, on my Toshiba smart TV I can access Rakuten TV with a simple click of one button. It's equally easy to access on a host of other devices to including games consoles, PC and Macs, Chromecast, tablets, smartphones and some set top boxes. All you need is an internet connection.

Despite not having the 4K available we decided to give it a go. The kids have being dying to see The House With A Clock In Its Walls and we also wanted to see How To Train Your Dragon 1 & 2 in preparation for the new release  of the third instalment on Friday. We could watch the first movie on Netflix but they didn't have the second (neither did NOW TV) so Brownie points to Rakuten TV for that.

After registering which I did on my laptop for speed it was very simple to browse and choose and then all that was left to do was make the popcorn. Your choices are automatically stored in your library so easy to find if you want to choose something to watch later. 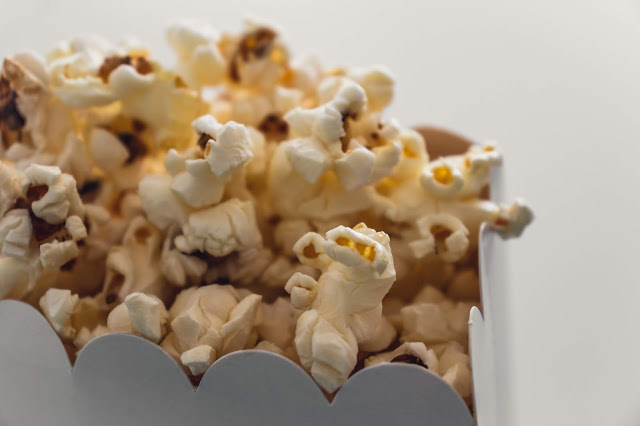 You can rent titles and programmes and watch them as many times as you like within 48 hours or buy outright. You can pay with Paypal, Visa or MasterCard.

Although I have a Netflix and a NOW subscription plus Freeview I still think this is a useful addition to our viewing choices, especially since it doesn't require a contract or monthly payment. Once registered it's great to be able to browse everything from westerns to musicals. There's lots of family friendly choices too, great for a family movie night which is probably when we would use the service most.

Rakuten TV dubs itself "Your cinema at home" but with even brand new blockbusters costing under a fiver, its a lot cheaper than a trip to the flicks.

It's worth remembering too that Rakuten TV is also available in Austria, Belgium, France, Germany, Ireland, Italy, Luxemboug, Netherlands, Portugal, Spain and Switzerland  as well as the United Kingdom. You can't use your UK registration abroad but if you have a TV in your holiday accommodation or you've taken your laptop, tablet or other compatible gadgets away with you, you can register on the Rakuten TV site for that country and check out what content they have available. You can change audio language or add subtitles in the settings.

In an already crowded viewing market I was initially doubtful that Rakuten TV would have anything different to offer. But the pay as you go system plus regular additions of fresh material make this a service worth signing up for in my opinion.

Disclaimer: I received a code for one free rental for the purpose of this honest review.
Family life review Technology