on July 23, 2019
Until last year I had never been to a music festival. I'll be honest, even though it makes me sound old and not just a bit precious, that the thought of queues, grim toilets, rammed camping sites and thousands of people across acres of land filled me with horror. 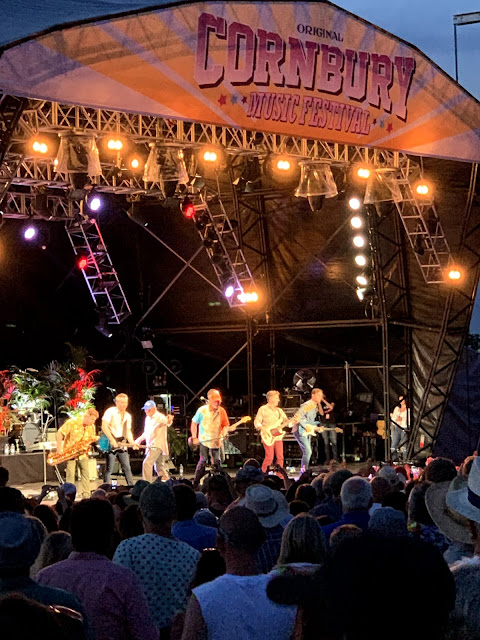 Then in 2018, heavily encouraged by my music loving teen, I went along to Cornbury Music Festival in the Cotswolds (gifted) which is the perfect festival for people like me who want nice loos, good clean hot showers, space between tents and not just good but GREAT food and drink options. 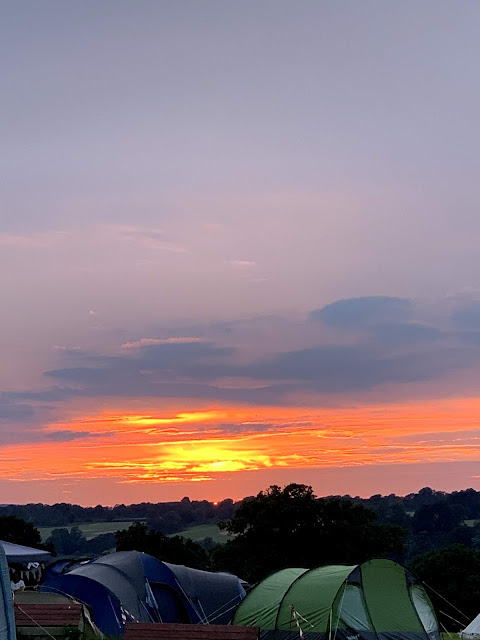 Plus as a bonus it is stunningly beautiful, and in good weather has the best sunsets made even more memorable if you catch the hot air balloons flying past. 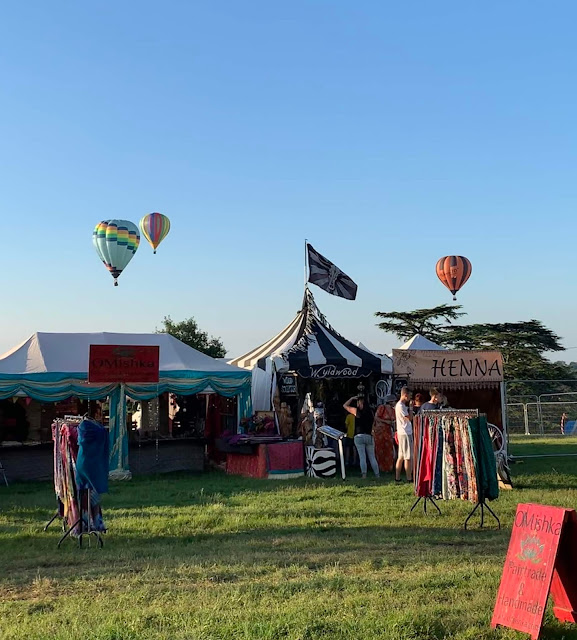 You can read all about my first visit here.

It's all very civilised at this small but perfectly formed Festival which has been attracting some real music legends along with up and coming acts to Great Tew Park for 16 years now. 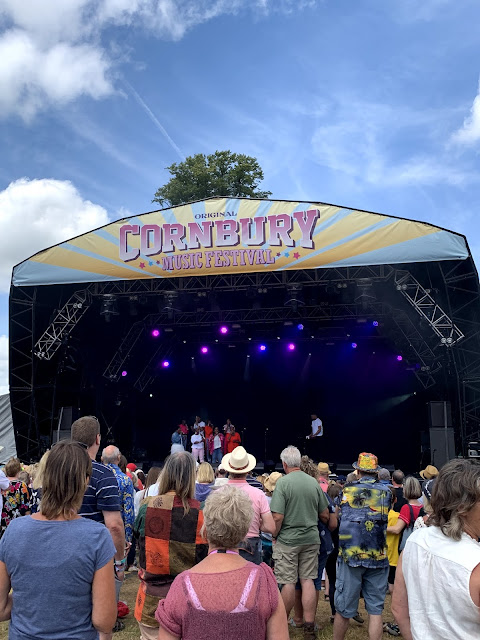 So here are my five hopefully compelling reasons why you should choose Cornbury for 2020.

1. Cleanliness. The toilets were as clean and odour free on Sunday evening as they were on Thursday afternoon. Of course you might occasionally open the door to a less than perfect potty but I put that down to children who deposited number 2 and couldn't quite work out the foot flush mechanism. There are VIP loos if you don't even want to risk that. (They have hair dryers and other such luxuries there).

The showers were spacious and clean with separate washbasins, hooks for towels or clothes, clean shower curtains and a seemingly plentiful supply of hot water. Go early or later for minimum queueing but even at 8.30am I only waited around 10 mins for my shower.

I loved the terribly British approach to showering where almost everyone exiting the cubicles picked up the rubber floor mop and politely scraped any puddles and grass out ready for the next person.

There was very little litter and lots of people picking up any that was around. There were even free bin and recycling bags for campers. 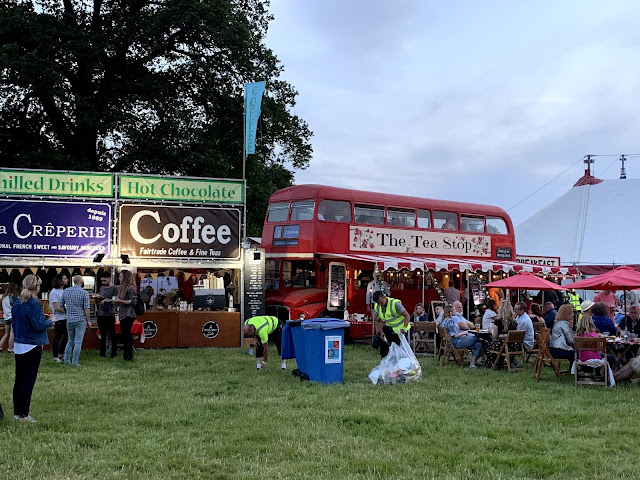 2. Safety. The whole site feels safe and I certainly did not worry about my children aged 10-18 exploring without us even around the fairground area.

There's a cool teen tent and craft, science, circus and other activities for children and while you dance and sing along to a variety of acts across three stages they can head off and do their own thing. And everyone is so nice!

My son who was too young for the teen tent wanted an ice cream as a consolation prize. I'd almost run out of cash but the guy in the ice cream van discounted his treat to the handful of change I had left. Maybe it was because he spotted Grumpy was in a wheelchair and obviously desperate for a soft ice cream but whatever, it was a very kind gesture which meant a lot to him (and us.) He even threw in a flake. 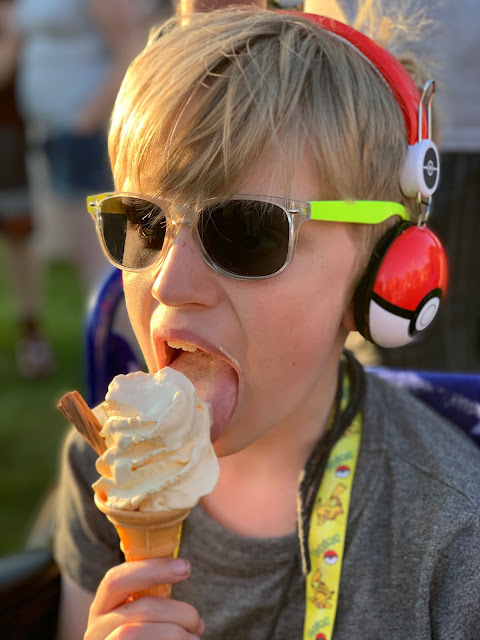 Although there is lots for children to do, my children also enjoyed the music. They loved discovering bands we love but were before their time, and joined us to hear new performers.

Even after dark the atmosphere was gently jovial and I didn't see a single aggressive action from anyone. Meanwhile the news was filled with reports of fights, some serious, at other UK festivals. 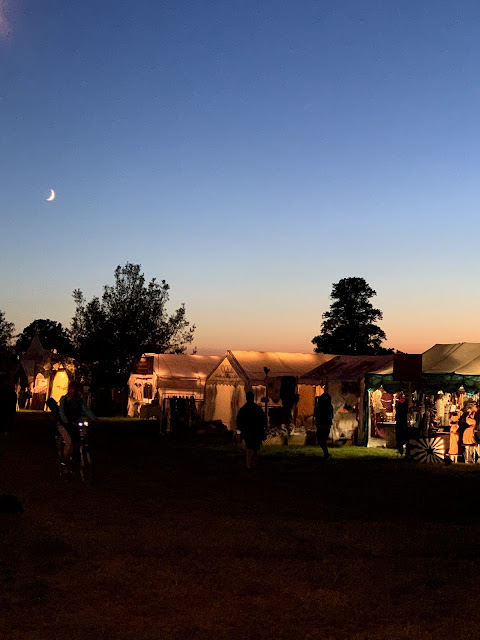 People drink yes, but it's more a G&T, real ale or cocktail kinda gig with men in panama hats and identical walking sandals accompanying middle aged women wearing Per Una or that ubiquitous linen shift dress from Next. I sound sneery and I really don't want you to think that - I'm just trying to paint a picture of a very Cotswolds crowd.

You'd get the very occasional whiff of weed on the wind but mainly the smell of this festival is beautifully prepared world foods, BBQ and the top notch offerings from the Hairy Bikers Festival  Feast.

3. Music. It wouldn't be much of a festival if it wasn't worth going for the music would it?  In the last  two years we have danced along to some great acts including UB40, The Specials, Pixie Lott, Alanis Morrisette, Keane, Steeleye Span (ask your mum) Echo and The Bunnymen and The Beach Boys. 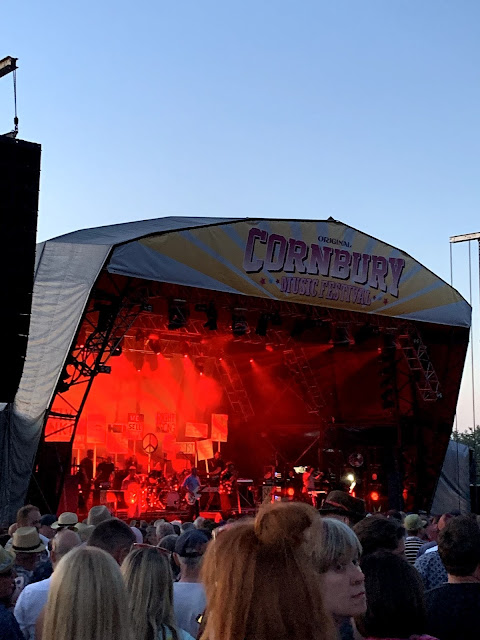 The best thing about Cornbury is because the site is relatively compact, you can walk between stages quite quickly and they don't oversell tickets  so it's no effort to wander around and discover some new favourites. Both years we have been blown away by unexpected stars including, this year, the Two Tone All Skas, the beautiful Kingdom Choir, Black Slate and Katy Hurt.

But what blew our mind was some of the absolute legends who perform at Cornbury. The Trevor Horn Band was worth the ticket price alone I reckon. Trevor who? Trevor Charles Horn CBE is a musician songwriter, music producer who owns a recording studio and his own label.

He was one half of The Buggles (Video Killed The Radio Star) and has won numerous awards including 3 Brit Awards and a Grammy. He was awarded the Ivor Novello Award for outstanding contribution to British music in 2010.

At Cornbury a few weeks ago he brought his supergroup to the main stage and I'm telling you now, anyone who watched the performance of "I'm Not In Love" with 10cc's Lol Creme without a lump in their throat is dead inside.

Don't judge Cornbury by the list of performers - go and be wowed by the often unexpected highlights and guest performers who aren't always advertised in advance.

4. Food and Drink. I mentioned this aspect of Cornbury earlier but it is worth listing as one of the reasons to add it to your festival calendar. 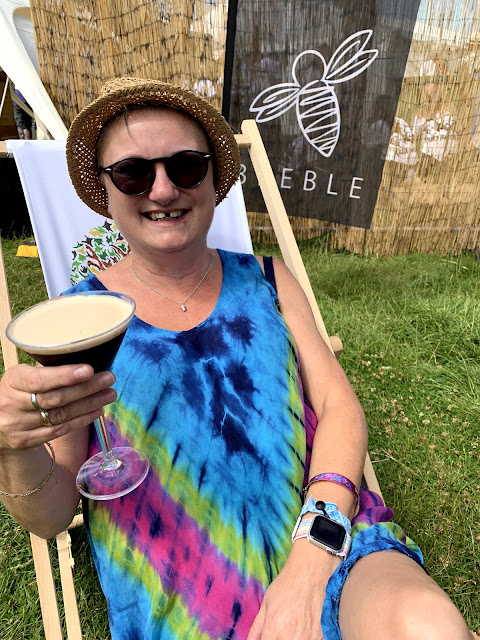 No greasy burgers or dry falafel here - we found it hard to choose from the selection ranging from churros with beautifully bitter sweet Spanish chocolate to British style fish and chips with the best curry sauce I've ever eaten.

Of course real foodies should factor in the Hairy Biker's Feast which is best booked in advance. It does cost more than a stadium hotdog of course but along with several courses of carefully sourced loveliness you get bonus acts in the tented restaurant in the heart of the festival ground. Next time I'll budget to eat there and tell you more. 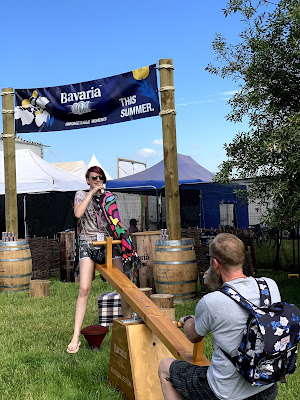 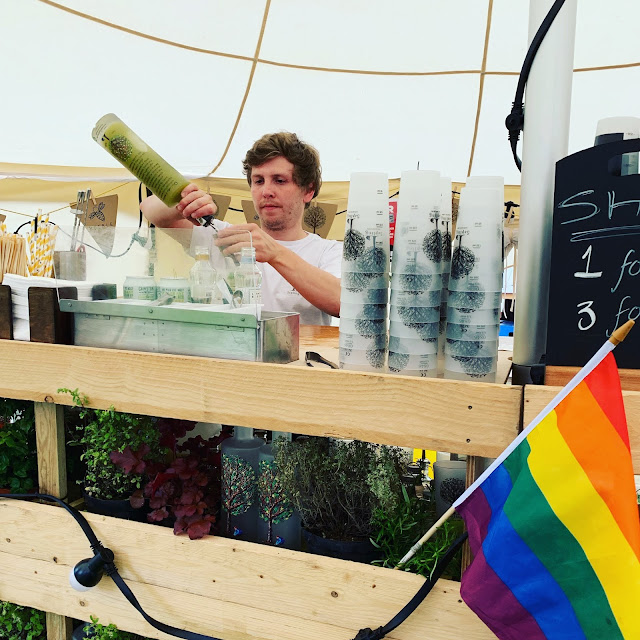 As regular readers will know, I am an avid consumer of cocktails and was delighted this year to discover the cocktail bar run by @beebledrinks with each delicious drink raising money to plant trees and save bees.  Cocktails and charity work - win, win. 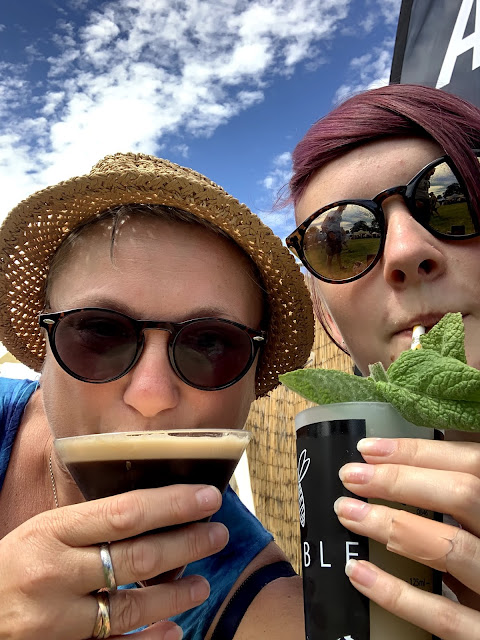 5. The Prices.  As festivals have grown in popularity some have hiked their prices by 300% in recent years. I think Cornbury is good value anyway but at the moment Cornbury is offering tickets for 2020 at 2019 prices.

You can buy weekend tickets, regular and VIP, with or without camping for the weekend of 10,11,12 July 2020. Children under 3 are free.

This Very Early Bird offer is only available for a limited time (this week) so get in quick. Last year VIP, Glamping, Hairy Biker's Feast and camper van permits all sold out so it's definitely worth booking early if you require these tickets.

Food and drink at the festival was also reasonable I thought with lunch for 6 of us on Saturday coming in at just under £30. The fact they allow local charities and businesses to set up stalls helps - the local scout group was selling cans, crisps and sweets at not much more than supermarket prices.

So there you have it-my five reasons to choose Cornbury Music Festival. See you there next year? 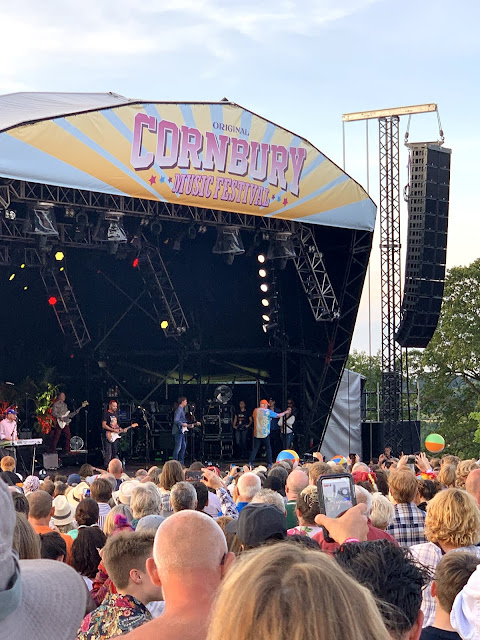 Disclaimer: We received camping festival tickets free for the purpose of this honest review.