Are Sprouts & Stuffing Vital Components of Your Christmas Dinner?

on December 20, 2019
I was scrolling through threads on Mumsnet the other day (it's a fascinating and sometimes disturbing glimpse into people's minds and lives) and I came across a discussion about Christmas Day meals.

One woman was complaining her Mother in Law (MiL) was a terrible cook who left out what she felt were vital components of Christmas lunch. Sprouts and pigs in blankets were specifically mentioned. 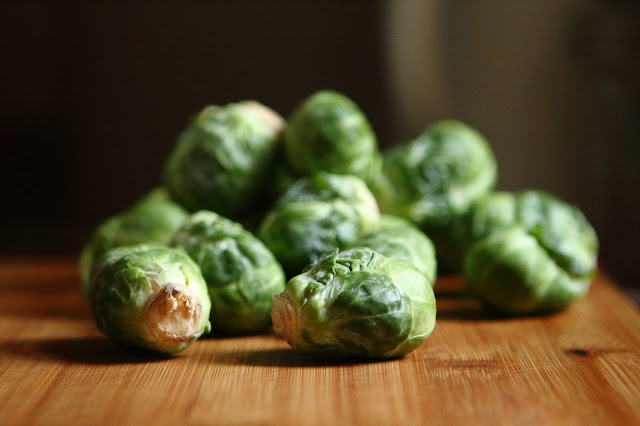 It got me thinking about our usual lunch which actually has gained "vital components" every year as our family grew larger and older.

I have some sympathy for the woman who would not be getting sprouts or pigs in blankets on her festive plate as they are definite must-haves on our table. Along with parsnips, red cabbage, roast and mashed potatoes, swede and carrot mash, Yorkshire puddings, stuffing, sprouts, carrots and peas.

I usually forget one thing when serving - in previous years it's been the peas, another year it was the pigs in blankets which were left languishing in the freezer.

We always have cranberry sauce AND mint sauce which I would eat with every meal if possible. However while my friend always makes bread sauce it's never been part of our lunch. Even after trying it I failed to see the attraction.

Obviously there will be gravy but I do cheat using gravy granules.

We usually have turkey but my meat loving son who is supplying it this year plans to bring more than "just" a turkey. Christmas's spent at his home have been a positive meat-fest with three or four different pieces of meat. It all gets eaten as we are all enthusiastic carnivores so this multi-meat thing is one new tradition I'm happy to embrace.

He usually does a starter too but I have to say I'm not sure I'll bother this year although I have in the past. If I do it will be something like pate or smoked salmon which is easy to prepare.

Pudding for me is the traditional Christmas pudding with custard for me and brandy butter for my husband. I was amused to realise you have to be over 18 to buy brandy butter in our local supermarket. I wonder how many pots of it you'd have to eat to get pissed? 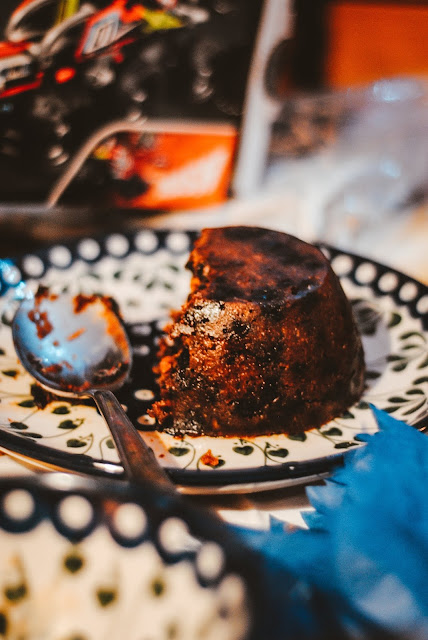 We have crackers and what is now known in our house as "relentless Christmas music" as I have it on throughout the house for the entire week before Christmas and beyond.

Fish unsurprisingly features quite heavily in Portugal apparently where codfish and boiled potatoes are considered festive fare. I read earlier this week that in Norway many people enjoy a whole steamed sheep's head with the ear and eyes meant to be eaten first.  And apparently the brain is removed and served boiled or fried. Yum!

Apparently many Germans enjoy goose. I also love goose but after a disastrous dinner party where one large and expensive goose provided enough meat to feed a picky four year old, I've never been brave enough to serve it again. 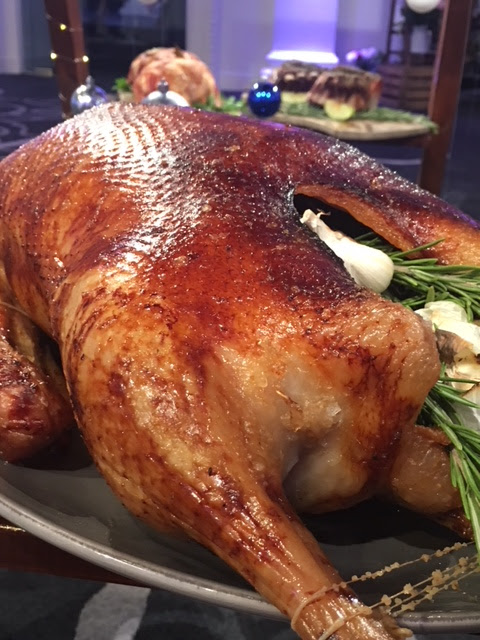 In Greenland the men often serve the women who are treated to strips of whale blubber encased in whale fat and a dish called kiviak, meat from auks (a bird family which includes penguins and puffins) which has been buried in a sealskin for many months and is apparently best eaten when it starts to decompose.

Bet if that woman in Mumsnet knew about that option she'd feel less grumpy about missing out on a few sprouts on Christmas day.

Whatever you plan to eat on December 25 I hope it's something you like to eat - my (autistic) youngest son has an Iceland hot-dog stuffed crust pizza all ready for him in the freezer as I  think this is one meal which should be enjoyed by all. 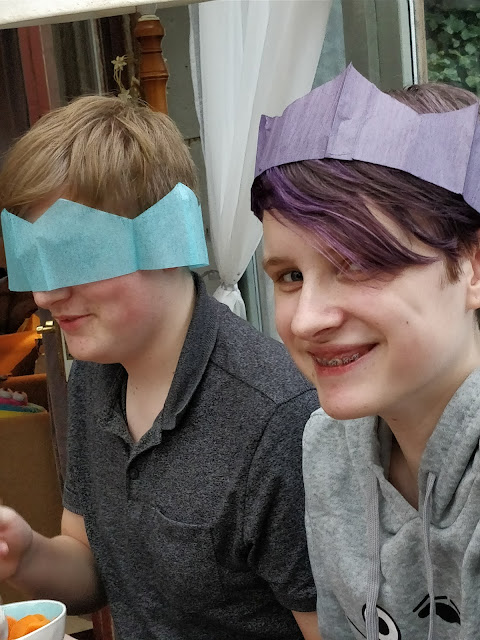