on April 14, 2020
It's my daughter's birthday next Monday. We had planned a trip to a cat cafe then onto a seaside day including a lovely lunch out with her sister who was at university in Brighton until she came home to lockdown with us. Instead she will have another day at home with her own cats and her ferrets to play with 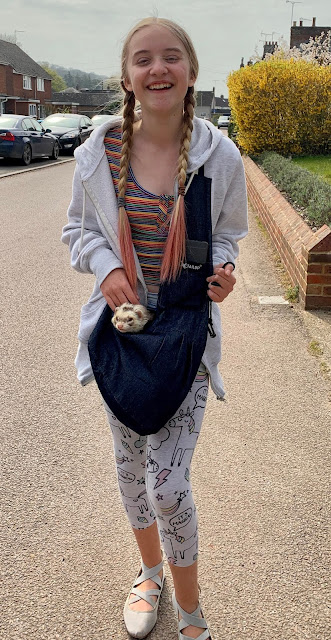 I've managed to order a few treats for her to open and there will be cake but it certainly won't be the 14th birthday she imagined.

Last week it was her friend's birthday and they were supposed to be going to the theatre and out for a meal at their favourite Chinese restaurant. Obviously, that didn't happen either.

Other friends have had cancelled birthdays, some of them with a 0 at the end of their age but it's the children I really feel sorry for.

Owners of one company in Brighton are doing their bit to brighten lockdown birthdays for at least some children.

Gamely Games (named as Amazon's small business of the year and as seen on Dragon's Den) has been running an initiative called Brightening Birthdays - sending out a free game (worth £12.99) and a birthday card to more than 200 children who had their birthday parties cancelled in March/April due to the Covid-19 pandemic. 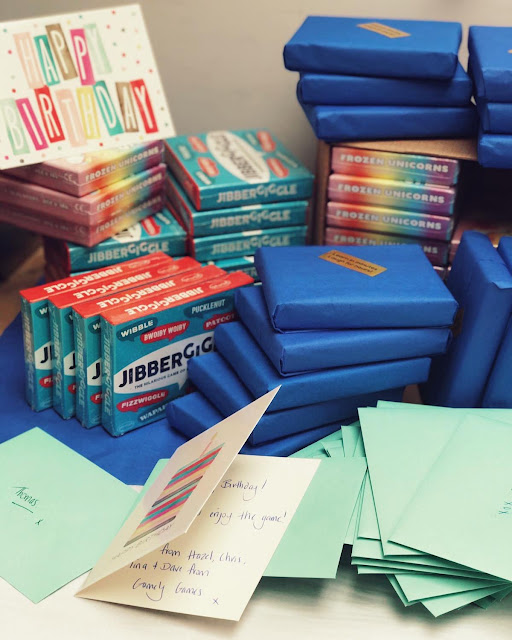 The idea came from Gamely team member Dave Perrins (named a local happiness champion on the Brighton & Hove Happy List 2018!) who felt heartbroken after seeing his kids friends have their birthday parties cancelled.

The company is planning to repeat this initiative for another 100 children every month that the lockdown continues and will be making the next announcement on their Facebook page.

Working with Brighton & Hove council to get £800 of games to 64 families in emergency accommodation.

And they have been making financial donations too. Since they first founded the company in 2015 they have been committed to giving at least 10% of profits to charitable causes and recently they have been directing this giving to charities that are working to help the most vulnerable people through the pandemic:
They've  donated £1,000 to the National Emergencies Trust (NET) Covid-19 Emergency Appeal (doubled to £2,000 by The Big Give)
They've also donated £1,000 to Give Directly’s International Response, distributing cash to hard-hit families in extreme poverty.
A blogger friend of mine posted this morning that she feels this pandemic is like Ying and Yang saying she has experience  "the best of times amongst the worst of times."
It's initiatives like Brightening Birthdays  that showcase the best and worst in people and in this case, Gamely have proved they are all round good eggs!