on April 27, 2020
Home haircuts have always been a thing in our house. I even started cutting my own hair in recent months before the whole lockdown nightmare. Therefore I had no qualms when my husband asked me to give him a bit of a restyle. 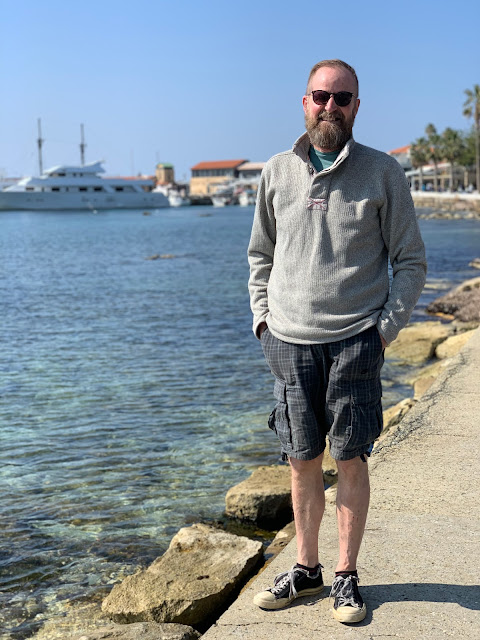 For the past few years I have part clipper, part scissor cut his barnet and he washes it, lets it dry then styles it using a small amount of product.

Apparently even this low maintenance "do" is too much effort now and he asked me to clipper his whole head using the Number 2 guard for a close cut which he hoped would complement his fulsome beard.

I was reluctant to be honest as I liked my husband's look but he has been very tolerant of my random restyles over the years so I agreed and clippered it all off leaving the requested amount of hair.

It wasn't as bad as I feared but if I'm honest I did prefer the old look. Determined to give him a professional looking finish I took the guard off to clip the back hairline and to get rid of those weird neck hairs.

You can see where I am going with this can't you?

After finishing the neckline I spotted a few slightly longer hairs at his crown and whipped the clippers up to tidy them to the same length as the rest. Except the rest was #2 and now there was no guard at all on.

My family said they heard my shout of "Oh SH*T" across the house and came rushing in to see the almost perfect square bald patch I'd accidentally shaved. 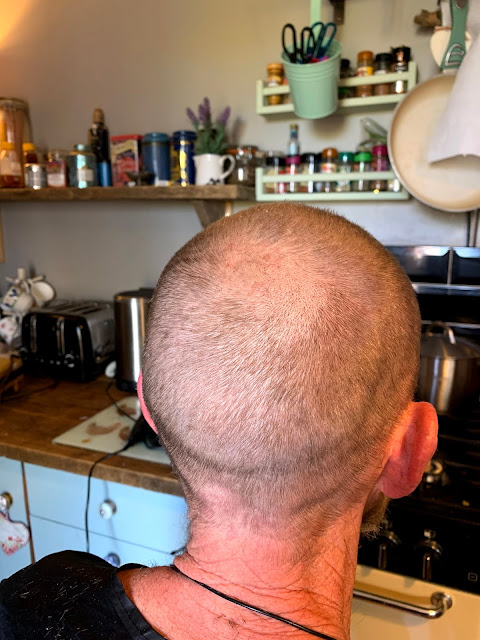 I tried clipping down to #1 but my brutally honest children refused to go along with my reassurances that the patch was hardly noticeable so there was only one option left to us.

And that's what I had to do. Shave his entire head. But only after I had stopped laughing. Reader, I laughed until my actual sides hurt and tears fell from my eyes. I could barely breathe for laughter. Every time I thought about it for days afterwards I laughed like a loon again.

I showed my mum what I'd done. She also laughed like a loon. Friends firstly gasped, then laughed than tried to decide who he looks like now. Walter White (Heisenberg) from Breaking Bad?
Ageing rocker John McCoy from Gillan? That bald bloke in the toy with the magnetic filings you used to get in your stocking at Christmas?

My darling husband has taken all the teasing in his usual good humoured stride and is actually rather pleased with his new look. 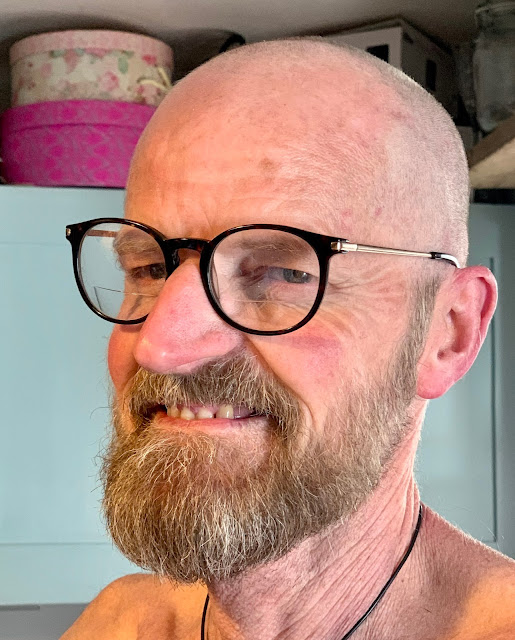 The other members of my family have decided to grow their hair.
Family life Lockdown 2020