on May 07, 2020
The combination of great weather and more time than normal on our hands means that my garden looks better than it has in years. My friends and neighbours have also been busy in their gardens and it made me wonder just how much grass seed has been sold during the lockdown period. 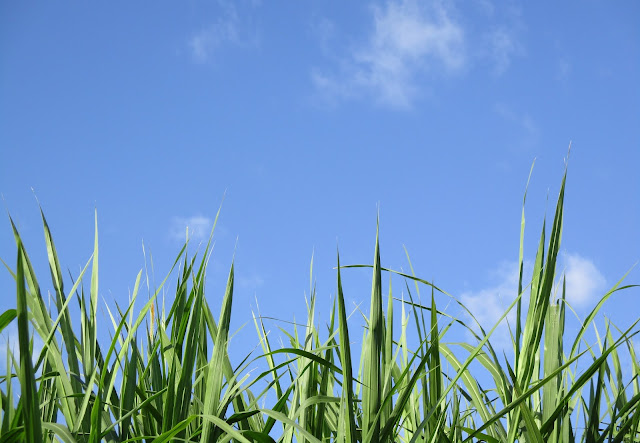 My own newly sown patch is coming along nicely as it has had way more attention than it would during normal times.

Just tonight I stood for ages watering the new shoots and admiring the new border I created in what was frankly an embarrassment of a front garden.

I used to joke that during our village's open gardens event I should open my garden to make people feel better about their own. I don't know about you but wandering around pristine oasis's with perfect lawns and borders which would look out of place at Chelsea always makes me feel a bit envious and discontent with my own small patch of England. I'm not saying I'll be winning any gold medals any time soon but it's certainly better than it was.

We also splashed out on a new garden dining table and chairs. It wouldn't actually have been my first choice but it was cheap and it certainly makes me cheerful. Apart from the fact that my older daughter and her BF seem to have adopted it as their own area and I can hardly see the table for food wrappers, glasses, phones, laptops and motorbike and car parts. Don't ask.

I gather from the news reports that many other people have treated themselves to new garden furniture along with equipment and supplies to make the best of their gardens and balconies.

If nothing else this lockdown will ensure Britain really is in bloom- even if they can't hold the actual Britain in Bloom competition.
Family life Lockdown 2020