Is That a Ferret?

on June 18, 2020
Just one line from the movie, Harry Potter:The Goblet of Fire but a sentence we hear a lot as we walk our pet Woffles around the village. He's become quite famous which he's not too happy about as people stopping to admire him slows down his keen exploration of every single inch of our walk. 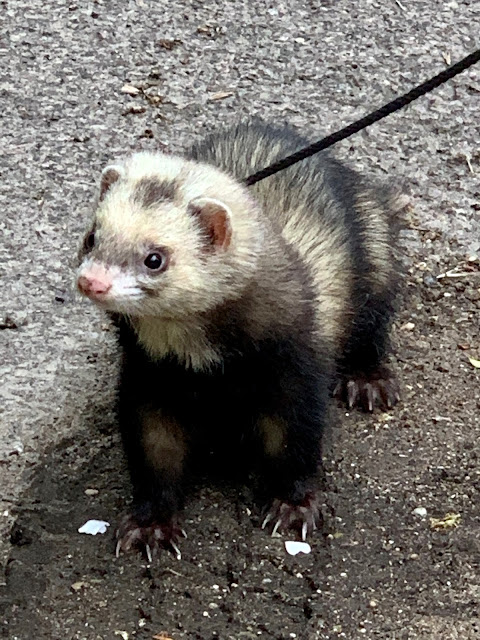 He is a rescue ferret and we think he was leash trained by previous owners because he has no issues allowing us to slip the soft harness on and dooks happily as he leads the way.
Despite ferrets not being known for their ability to recall routes (a lost ferret won't generally find it's way home alone) Woffles seems to distinctly pick routes which are lined with specific areas he likes to sniff, roll in or rub up against. It's often a slow walk. 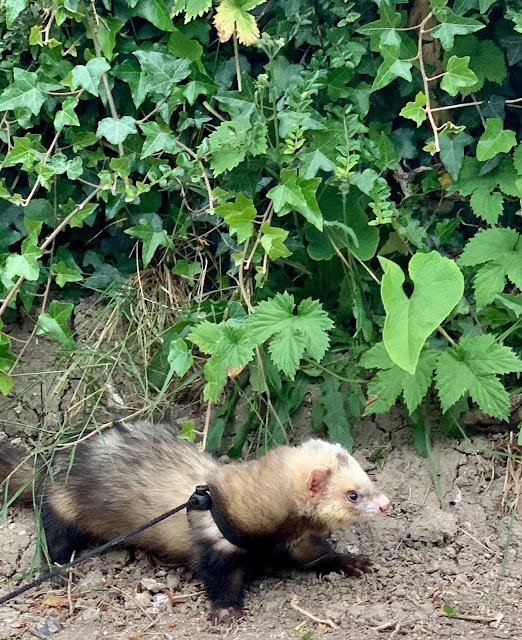 What we find endlessly entertaining however is experiencing other people's reaction to our furry family member. And the worrying lack of animal identification skills some people display.
We've heard: "Is it a weasel?" OK so that's understandable. Very similar animals.
"Is it an otter?"  Hmmm. Still similar I suppose but I'm not sure you'd keep an otter as a pet and walk it. We were near a pond though.
"Is it a hamster." Erm. No.
And my current personal fave: "Is it a badger?"  What, a very small, slim badger who has dyed his hair during lockdown? No.
So. In case you ever spot me out and about with a bouncing ball of fur, Woffles is a Polecat Hob (intact not neutered male) ferret.
A few extra facts. He doesn't race, he's more of a pootling, ambling, ferret who likes to stop for a little nap mid-walk.
He doesn't hunt. He eats biscuits like cat biscuits but made especially for ferrets and enjoys the odd raw egg. He loves playing with his toys, especially one crinkly shark dog toy which he drags to his special hidey-hole behind the sofa. He doesn't like water, unlike many ferrets who love to paddle and play in water. 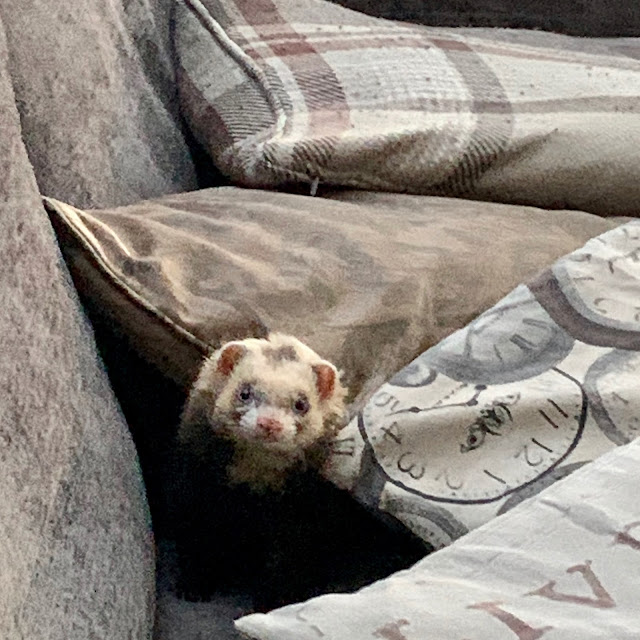 He does smell but its a musky odour which on the whole we don't mind too much. It does stick to hands and clothing though and we wash his bedding regularly to avoid it getting too pungent.
We had some doubts about getting a pet ferret but Woffles has proved to be loveable and entertaining, quite low maintenance and more cuddly than we anticipated. He's proved to be a real unofficial support animal to autistic family members too. 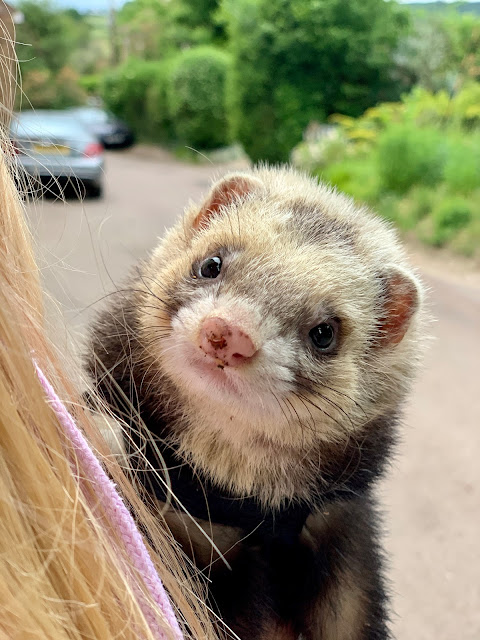 If you want to follow his adventures and admire his slightly stinky cuteness you can follow him on Instagram at woffle.the.ferret
Autistic Family Life Family life