on August 02, 2020
We are lucky to have lovely friends who own a cottage in the Cotswolds and have spent a few days here this week giving the children a staycation, a change of scene from home where they have been so good tolerating homeschool and cabin fever.
Unusually for us we have had great luck with the weather and on Friday we headed early to Bourton on the Water for a paddle and a picnic. 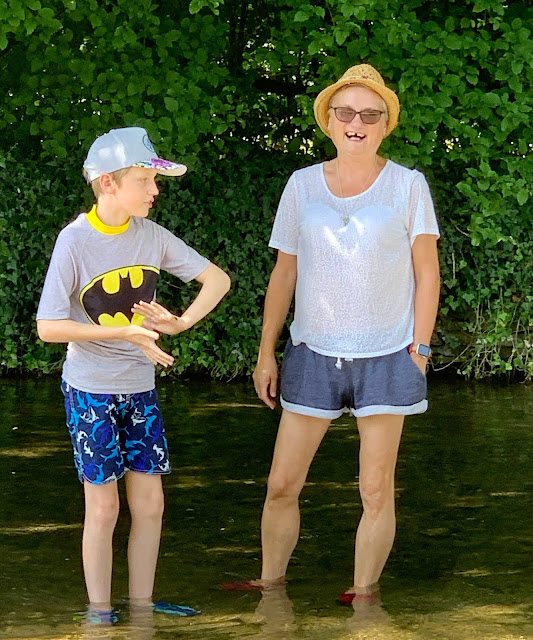 We grabbed a great spot under a tree out of the town centre and spent a happy hour enjoying the freezing cold water of the River Windrush and watched the world go by. 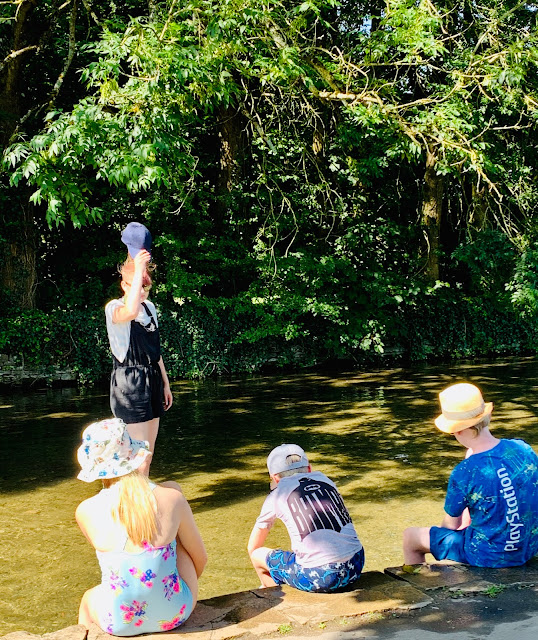 By 11am we started to think the entire world was going by as the path and river got busier and busier.
We decided to have an early lunch which proved to be a good decision as people started filling in the gaps on the grass and by the time we were eating our last egg mayo sarnie one group decided to set up their blanket and chairs literally behind the bench we were sitting on. The space was only about 2 foot wide so there was no chance of socially distancing. Reluctantly we decided to pack up and leave.
I love a mooch round the charity shops in the Cotswolds - there's always a chance I could pick up something owned and donated by Jean-Luc Picard, I mean Patrick Stewart, who I'm told lives in the Chipping Norton area.
However many of my favourite shops were closed or had strict entry requirements of just 2 or 4 people in the shop. Since there were 7 of us out this pretty much ruled shopping out.
We enjoyed a drink in a pub in Chipping Norton on Thursday (MadDadof7's birthday) and again in Moreton-in-the-Marsh on Saturday which was fun but took quite a chunk out of our tight budget even with most of us drinking soft drinks!
Check out this pic I took when I realised that all the males in our group were wearing striped T-shirts, except one 😂 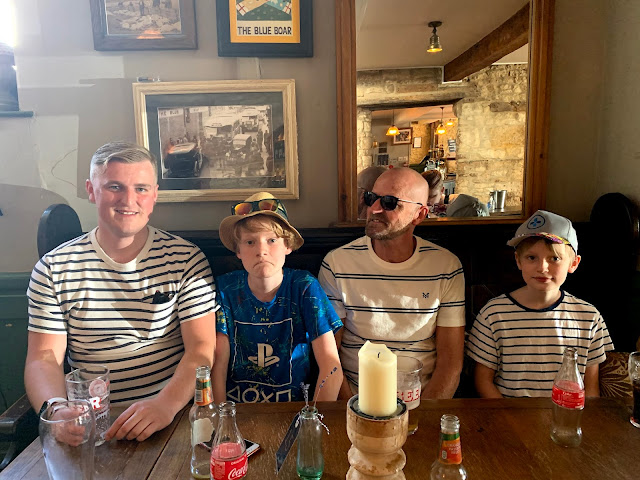 Today we decided it wasn't worth heading out again so have planned a BBQ here before heading home tomorrow.
We have a camping trip to Malvern(where I met MadDadof7)  planned later in the month with my cousin unless new COVID-19 restrictions come into play. What do you have planned this summer? Risking an overseas trip or staying local?
Autistic Family Life Family life