Reading the news this week I'm not entirely sure what I was most surprised about - the fact that the online game FarmVille was being discontinued after 10 years or that it had managed to survive this long!

Take my daughter's BF for instance who given ALL the consoles and. games available now chooses to play Farming Simulator, Presumably the superior graphics of such games are what have killed FarmVille.

Anyway, you may think I'm scraping the barrel hunting for things to write about in this almost locked-down post Christmas lull but actually FarmVille holds a special place in my heart and I wanted to mark it's passing with a few moments of recollections.

You see my Gran even at the grand age of 90 was addicted to Farmville. She played it relentlessly and expertly and accrued FarmVille pals across the globe. 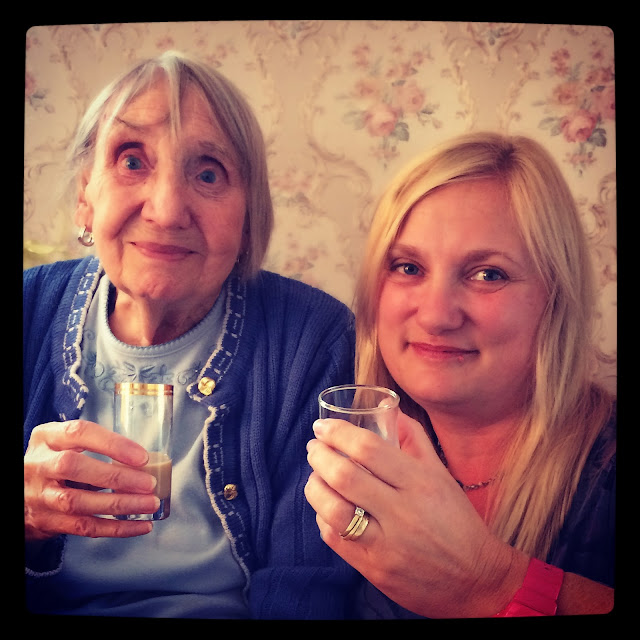 My older boys remember with fondness and some amusement their Great Granny telephoning them (via the landline) in the mornings before they went to school to ask them to hop onto the game and feed or water or harvest her crops or livestock.

Her farm was of Texan proportions and she whiled away many a dull hour tending to it and growing it and chatting to her many friends, mainly in the US and China, she made through the platform.

When she died in 2015 we didn't archive her Facebook profile and even in 2020 on what would have been her 96th birthday she was getting birthday greetings from across the world.

Saying goodbye to FarmVille would have made her very sad so I'm glad the game kept going as long as it did. Hopefully people who loved it as much as she did will find a new game to love and link them to the world.