There's a Squirrel In The House!

Sounds like a line from a children's TV programme but these were the words yelled by my youngest this week and much to my amazement, there really was! A fluffy grey squirrel who despite being an alien interloper threatening our native red species was still rather cute. (Image is not the actual squirrel) 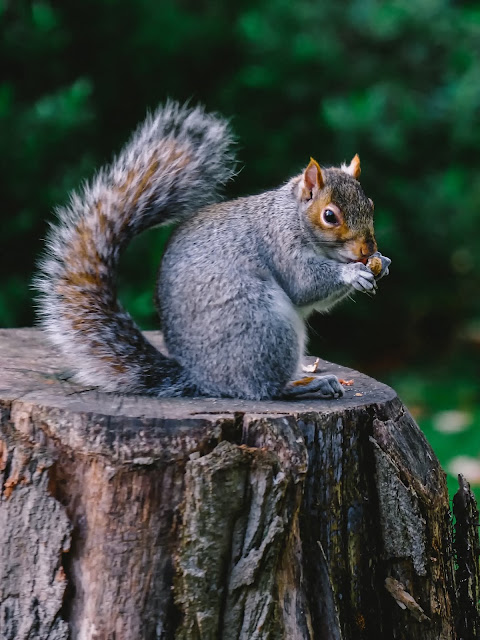 Cute and all but I still didn't want him living behind my sofa which is where he had fled to after jumping in through the small outward opening top panel window. Although he did tone nicely in with my colour scheme..... 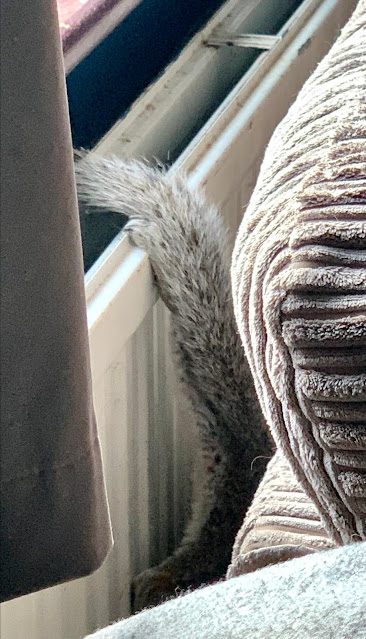 His (or her) entry coincided with a village-wide power cut so since I didn't fancy tackling the fluffy tailed intruder myself I went to enlist my eldest son who is working from home- our home currently- to come and assist in the planned humane squirrel removal.

My youngest suggested we sprinkle some nuts to lure him out from behind the bookcase where he had dashed to, probably because my youngest was eagerly leaning over the back of the sofa chatting to him in that high pitched voice usually reserved for puppies and babies. We tried it to humour him but apparently our intruder didn't fancy the nuts we offered even though they were not just nuts, they were gently roasted M&S nuts. 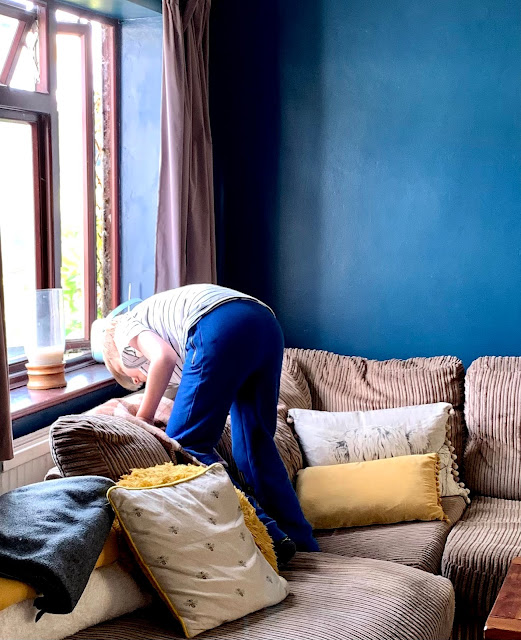 I was a tad concerned the squirrel might jump up and bite his face off in some kind of zombie squirrel movie scene but didn't want to express this fear in case I instigated a lifelong terror of small wild furry mammals.

Meanwhile my eldest son had a cunning plan which involved building a kind of maze-like course which he assured me the squirrel would follow once flushed from the bookcase with the aid of a roll of ancient Christmas paper which is too glittery to tolerate sellotape but too pretty to throw away. I know - I need help. 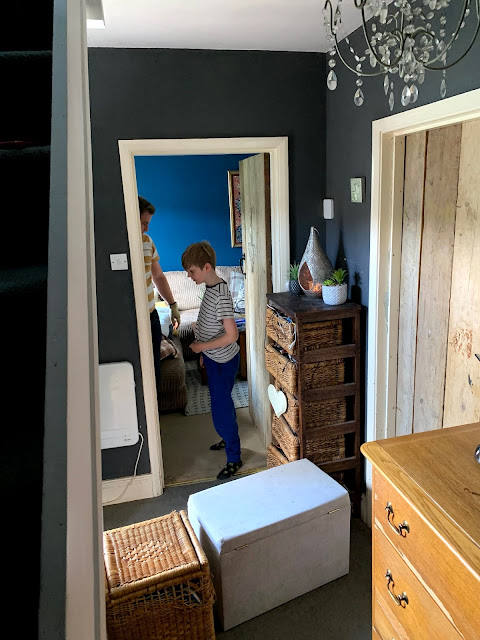 While not outwardly voicing my doubts re the efficacy of the plan I retreated to the stairs along with my daughter who was muttering about vermin and shotguns under her breath.

The course was created with some furniture removal and the front door was opened to facilitate escape. After some brandishing of Christmas paper and encouragement from my youngest who reported every twitch of the beast's whiskers the critter did in fact make a dash along the course and out of the front door immediately disappearing from view.

Even though I was poised with my phone, he was so speedy I failed to capture even a grey furry blur.

The whole process took an hour and after congratulating my boys for their braveness in the face of squirrel invasion, like magic the power came back on.

I suspect that despite having enjoyed some lovely days out and caravan mini-breaks it will be this which will be reported as the most fun event this summer.