Virtual Reality Fun for all the Family at DNA VR

I am no stranger to VR (Virtual Reality). I've attended the launch of console VR headsets and games, one of my children has a kit and recently our friends enjoyed a family session at a local VR venue and raved about it so when we were invited to explore all that DNA VR had to offer at its new venue in London (GIFTED) I knew the kids would love the experience but I did not expect to enjoy it myself so much! 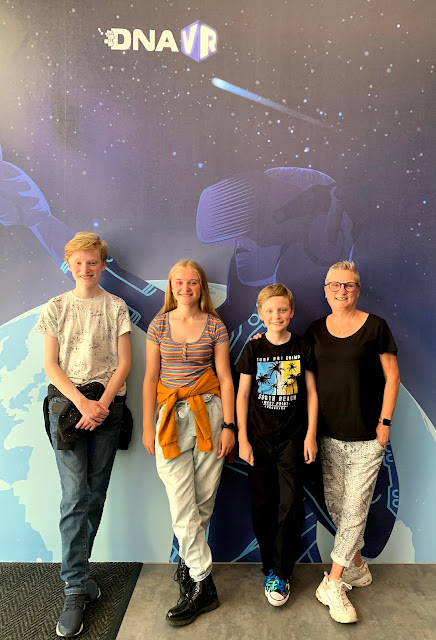 To be honest I thought it was all about gaming in a more in depth dimension and since I've yet to manage to negotiate my way round Animal Crossing without a mammal shouting at me unintelligibly, I didn't think I'd be able to use the controllers. Candy Crush is about my technical limit usually.

But within minutes of being kitted out with a very comfortable headset which sat over my glasses, headphones and two simple hand-held controllers I was in a whole new world, armed with lasers and loving our first game, Rythmatic, which I am reliably informed is very similar to Beat Sabre. 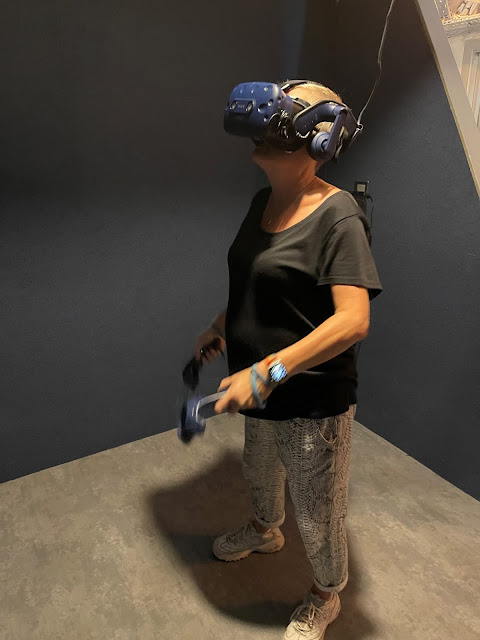 I'd taken along my three youngest children, much to the disgust of my older children and with the help of a voice in my ear from the lovely helpful staff members I soon got the hang of a couple of games they chose which we could play altogether while being safely tucked away in our own "pods". 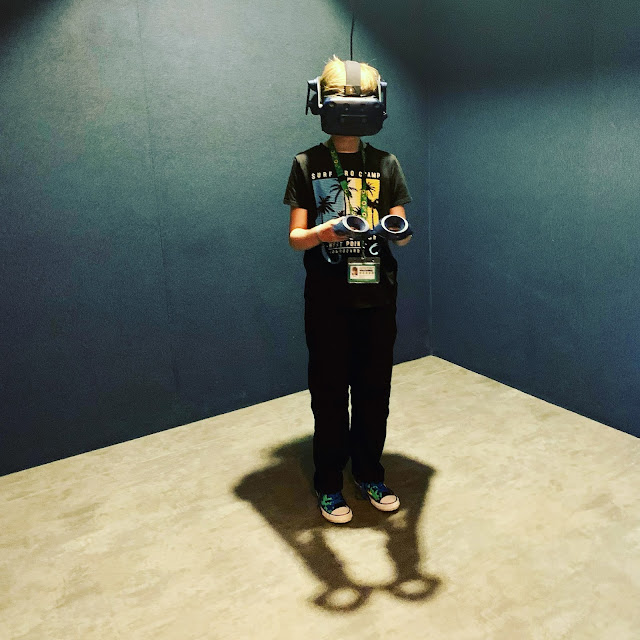 These VR pods allow "tethered experiences" for up to 10 people in the same game while the free roam option (more on that later) allows guests to move around a larger room to explore virtual worlds and landscapes together.

My 16-year -old who had perused the games list on the DNA VR Website was keen to have a go at a solo game, Superhot, while his sister had a go at Job Simulator. I picked a game I had heard of but never played, Fruit Ninja.

Let me tell you - slashing melons and pineapples was quite a work out for the old bingo wings and great for getting rid of any mid-summer holiday tension.

In the interests of research I reluctant put down my VR sabres and explored what else was on the "arcade" menu for someone who doesn't like zombies or graphic violence. I tried Google Earth but I'll be honest, it was a bit frustrating and lacked the real life feel I was hoping for. However an under the sea experience was fascinating and very enjoyable and all I had to do was stand and take it all in.

Next we were invited to try the VR free roaming room which took place in a bigger room where we could wander all together wirelessly. Three of us had little batteries to attach to our clothing and my older son was volunteered volunteered to carry the bigger back-pack style battery. 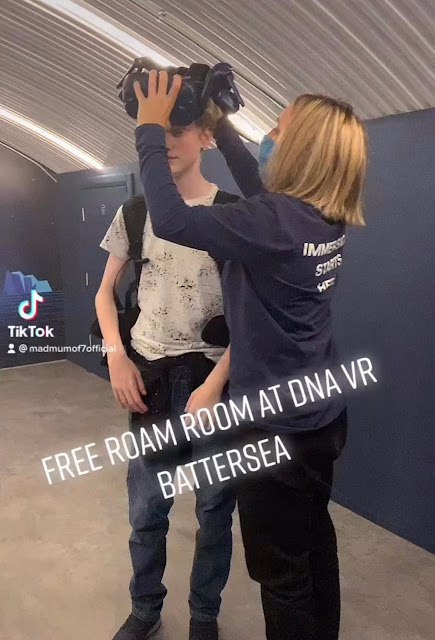 We could speak to each other and see virtual versions of ourselves so we didn't bump into each other. We could also hear staff members who chipped in with some top tips for moving through the tasks. 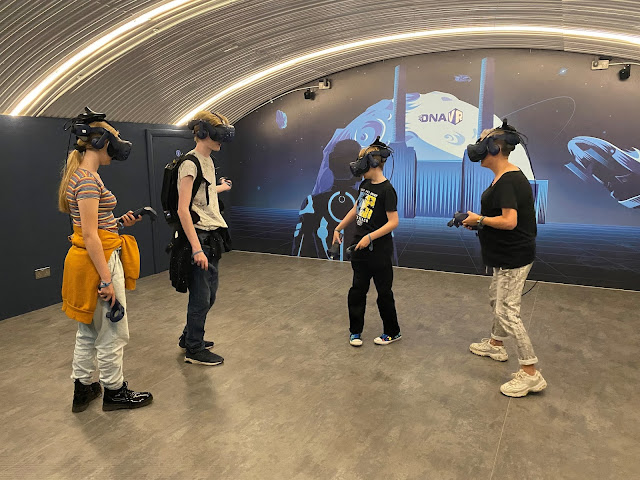 We were warned to keep in mind that things that appeared solid were not in fact actually there - that didn't stop me making a fool of myself as I went to lean on what looked like a solid wooden table and stumbled. Yep - it's that real!

Turns out we are rubbish at escape room type challenges but the helpful voices in our ears gave us some clues and we managed to make potions to gain keys to get out of the room and out to battle fire-ball breathing dragons.

With much yelling and not so much organisation we somehow managed to achieve our aim and emerged proudly from the room hot and tired but full of our adventures.

We visited the new premises based under the arches very near the Thames in the very chic newly developed Battersea Power Station area- lots of lovely places to stop for a post or pre game drink or meal.

DNA VR also has premises in Hammersmith and Camden and the experiences are suitable for all ages although they recommend they are most suitable from about age 7 up because of the headset sizes. Some games have age limitations too of course.

I know I am not alone in sometimes struggling to find fun things for the whole family to do together as my children range in age from 12-27 and then you have to factor in the fact that some of them are autistic, but DNA VR really was an activity we could all enjoy.

I think the biggest surprise for me was how much I enjoyed it. I very much expected to sit on the sidelines while the children had fun but the adventure proved just as exciting and fun for me too.

Obviously the images cannot possibly depict what we experienced although the videos we have of us playing are hilarious giving no clue that we are slicing fruit, shooting each other or fighting for our lives against flying dragons! Check out this video of me having some fun with Fruit Ninja 😂😂

While it's a great all weather activity for serious gamers it's equally accessible for noobs like me. It was amazing to realise that this unassuming venue under the arches could turn out to be the portal to a vast universe with the potential to explore it in my hands.

To learn more about what DNA VR has to offer and to book your adventure CLICK HERE.