Revealed: The Most Loved Toys & Games of All Time

A nationwide poll of British adults has revealed a list of the most adored toys and games from our childhoods, with old-fashioned teddy bears topping the list, with 33 percent of the vote. In fact, according to the survey, as many as ten percent of adults STILL sleep with their childhood teddy every night. I have a soft puppy, imaginatively named "puppy" who doesn't sleep with me but is on a chair next to my bed. 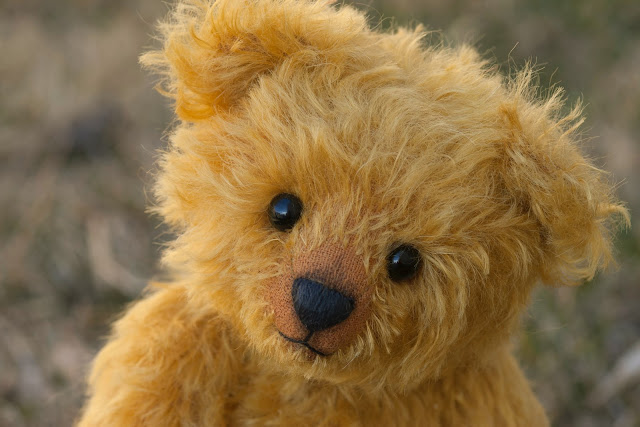 The study, by toy retailer The Entertainer, revealed our favourites, with the brain teasing Rubik’s Cube (31 percent), the classic Barbie doll (28 percent) and cuddly Care Bears (26 percent) all featuring high.

I have to say my Etch a Sketch was a prized possession but I never really mastered making anything but very square houses. I enjoyed Spirograph and also had a skinny wheel thing which you dribbled paint onto to create very 70's Tye Dye effect paintings. Can't recall what that was called. Anyone remember? I also had a Spacehopper and recall it was enormous if exhausting fun. 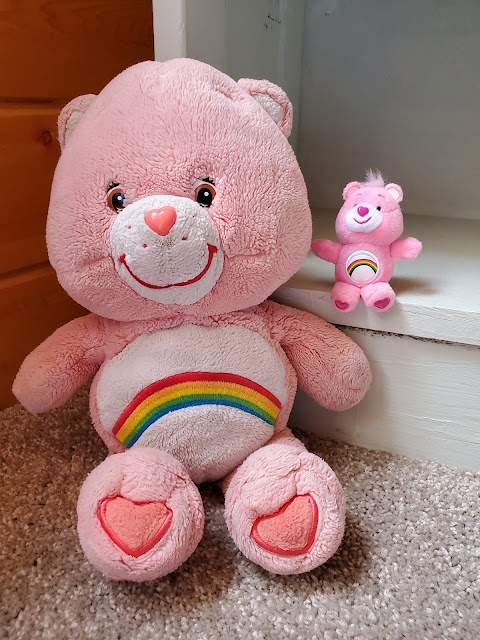 I had moved on to boys and drinking by the time Care Bears and My Little Pony came along but I did enjoy the My Little Pony franchise through my children. In fact I may have been more keen on it than them. I was also delighted when the children were gifted Cabbage Patch Dolls when they were relaunched a few years ago- I always wanted one but made up for not getting one by having seven real babies.

Actually, the research revealed that eight in ten (81 percent) parents admit it fills their hearts with joy when they see their little ones playing with the toys they loved themselves as children and over a quarter (26 percent) cannot resist playing with their kids’ toys themselves, when they are on their own. Yup - that sounds like me.

In fact, almost HALF of British parents (45 percent) are hoarding mountains of boxes of their kids’ old toys - all sitting gathering dust at home. That includes me but the amount of money I spent amassing Lego and Brio there was no way I was getting rid of it.

I figured with seven children I was bound to get a grandchild or two and they would be able to play with our collections at Grandma's house. At the moment though my first grandchild, little B is only three months old so won't be lining trains up for a while or playing the drum set his Granddad acquired for him when he was about a week old.

81 percent have a yearly spring clean to clear out older toys, with 24 percent admitting they have binned plenty of their children’s unloved toys, only to feel guilty and regretful that they were not passed onto other children who would have appreciated them more.

Geoff Sheffield, Chief Commercial and Marketing Officer, of The Entertainer, who commissioned the study in conjunction with their Big Home Rehoming campaign, said: “We are not surprised to find toys like teddy bears, the Rubik’s Cube and Barbie sit at the top of the list. These timeless toys have been enjoyed by every generation and bring back wonderful childhood memories, providing comfort for many.

“Since 2019 we’ve rehomed 40,000 toys with The Salvation Army which may otherwise have ended up in landfill. We’re excited to announce this is returning for another year and we encourage everyone to bring in their much-loved toys which are no longer played with to their local stores, so these can be loved and played with by new families.”

Over two thirds (67 percent) think unwanted toys should go to charity, while 13 percent aim to donate them to children’s hospitals or schools.

THE 20 MOST LOVED TOYS AND GAMES FROM CHILDHOOD, ACCORDING TO ADULTS

So did your fave childhood toy make the list? If not, what was it?