Many years ago I was working for a local print newspaper and was very excited to be sent to a nearby heritage railway centre to learn how to drive a steam engine. My eldest was mad about Thomas the Tank Engine and I thought he would be thrilled to watch Mummy in the cab of a similar engine. 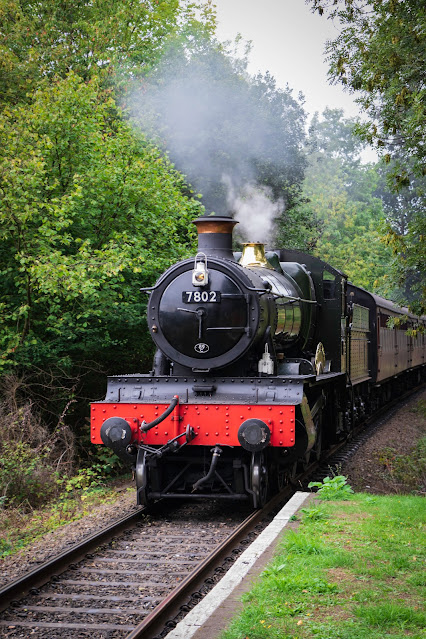 My husband brought him and his younger brother along to the site and when the time came for me to put the theory teaching into practice they positioned themselves on a nice grassy bank to watch me take the engine up and down the track.

Turns out those movies where someone jumps aboard a train and immediately starts controlling it are rubbish. It's quite a complex series of controls and there is much shovelling to do. It's hot and dirty and hard work.

When I took a breather to let the other pupil take their turn with the instructor I keenly looked out for my (then) little family and was delighted to see my husband waving madly at me. We went up and down the short track a few times before I realised he was gesturing to our eldest and frantically indicating there was an issue with him.

As soon as possible I rushed to see what the problem was and was horrified to see my baby's face swollen up so much his eyes were sealed shut. Turns out he has extreme hay fever and the lovely grassy bank could quite literally have been the death of him.

And so started years of being super careful during what turned out to be a very long hay fever season for him, starting in March. Luckily we only had one other severe reaction when we took him camping and discovered the hard way that he's allergic to bluebells and silver birch tress, both of which were abundant in our camping spot. We had to take him straight home from the hospital as the. doctor said even takin him back to pick up our tent could prove fatal.

So. No windows open in our house, certainly not at the beginning and end of the day when pollen rises and falls. No picnics in the bluebell woods very close to us. We laid a towel over his pillow every morning and carefully folded it and washed it every day as pollen on his pillow would bring him out in hives. Lots of drugs of course and what small child does not love eye drops and nasal sprays? So that was fun.

We got used to taking lots of showers and removing clothing after a day out to try and avoid bringing pollen into the house. For his year 6 residential we had to have an action plan to keep him safe and even now if I see him (aged 28 and a dad himself) rubbing his eyes I urge him to take his tablets. He lives on the coast now which helps, and since he doesn't live with us any more I can enjoy bluebell season in the nearby forest. 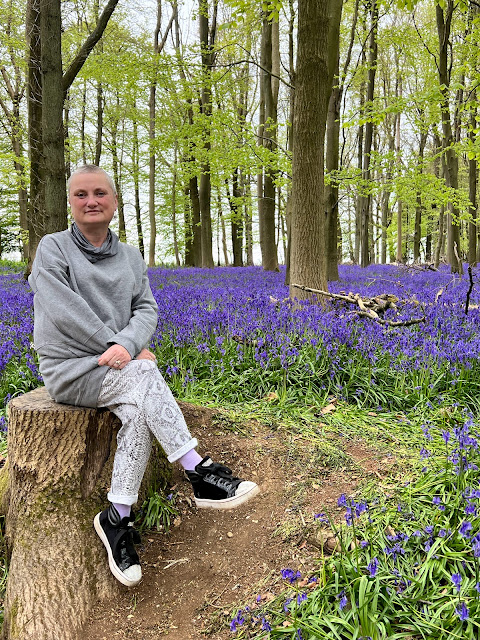 If I had known about air purifiers life would have been a lot easier and less stressful as a good purifier can clean the air removing pollen as well as other contaminants including cigarette smoke, dust, pet allergens and even viruses and bacteria.

Did you know that just a teaspoon of dust in your bedroom can contain around 1000 dust mites and eeew, around 250,000 teeny tiny mite droppings. Yep. During your dreams you are inhaling mite poop. It's enough to give you nightmares.

You can pick up Clean Air Systems for under £100 (for rooms up to 20m² which is a small price to pay for a good night's sleep or a comfort in your home or office. And if you have any kind of respiratory condition like my husband who has Pulmonary Fibrosis and struggles to catch his breathe at times, a small investment in a quality air purifier could definitely mean you can enjoy a happier, healthier life.

PS: the engine pictured is just a stock pic - sadly I gained my locomotive licence back in the days before digital pics and my husband was too busy trying to attract my attention to take any film images!