Where I Hide the Christmas Presents-kids look away now!

on December 10, 2013
The trouble with having seven children is that, even budgeting carefully and buying sensibly, you still end up with an awful lot of presents to hide so that on Christmas morning the squeals of surprise are genuine. 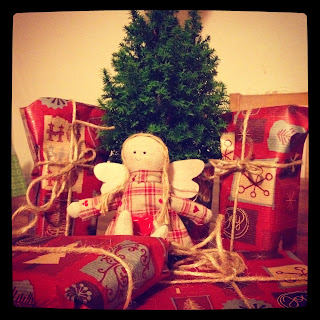 For many years I tried the scattergun approach, stuffing parcels into all sorts of nooks and crannies as soon as I came home from the shops. This resulted in many plastic bags to dig through while wrapping and many years of wondering what happened to one particular chocolatey present only for it to turn up in early June while sorting out the airing cupboard looking for the summer weight duvet. Which of course was a tad sticky after 6 months of being wrapped round a melty Santa.

Then a couple of years ago I thought I had found the perfect solution. Like my precious stuff from my phone gets sent to the inter web cloudy thing, I outsourced my present hiding! I stored the goodies at my friend's house - her child would be told she was storing stuff for a distant relative if he found it. I offered to store her child's presents at mine but oddly after the chocolate Santa episode, joined with the fact that she knows I could lose an actual full sized elephant in the mess at my house meant she was not so keen on this swapping idea. Probably wise!

But this year she moved house. And with the extension of her family which over recent years has gone from one child to three, she really doesn't have room to store my staff as well as her home.

I was determined not to return to my old ways and even sorted out an "Ogre Hole". Yes, if the children want to check out their presents early, they have to get past a sleeping ogre - me! 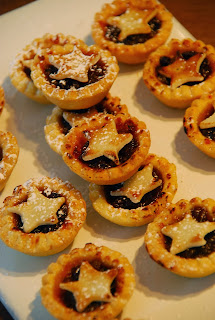 And to make extra sure they can't peek, I wrap much earlier than I used to so all they can find is wrapped presents in anonymous bags. I know whose bag is whose by the shape of the gifts.

This system has one big advantage. I have turned the chore of wrapping into a big social event and on several occasions in the weeks before Christmas I invite friends to bring their presents and wrap, put on Christmas music and serve hot beverages and yummy Yuletide treats to sustain us as we work our way through mountains of pressies. We chat and laugh and sing along to Cliff Richard and share ribbons and tape and labels. It's lots of fun!

But still, despite this outward show of being organised I know that next year sometime, probably at the Summer Solstice I will dive into a cupboard looking for suncream or a floppy hat and find something melty with a "best before" date of Jan 2013.

This is my entry into the Hudl Christmas Cheer competition- I'm hoping to win a Tesco Hudl!